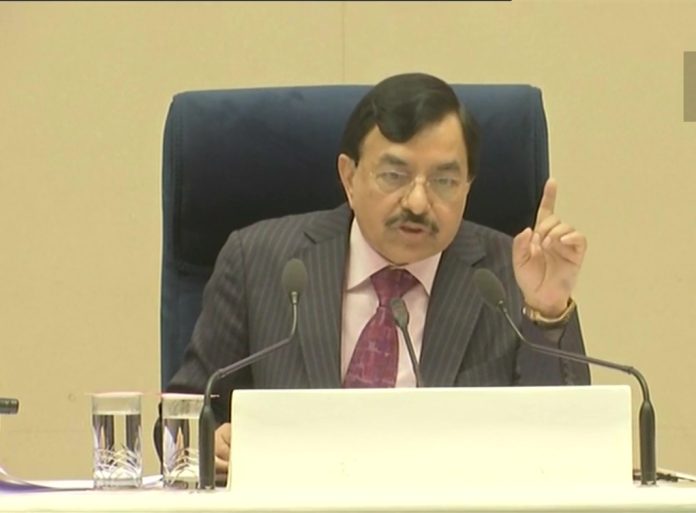 Amid current upsurge in Covid cases in the country, the Election Commission of India (ECI) on Saturday announced assembly poll schedule in five states—Uttar Pradesh, Uttarakhand, Punjab, Manipur and Goa.  The poll process will begin on February 10, end on March 7 and the counting of votes of all the five states will be taken up on March 10. 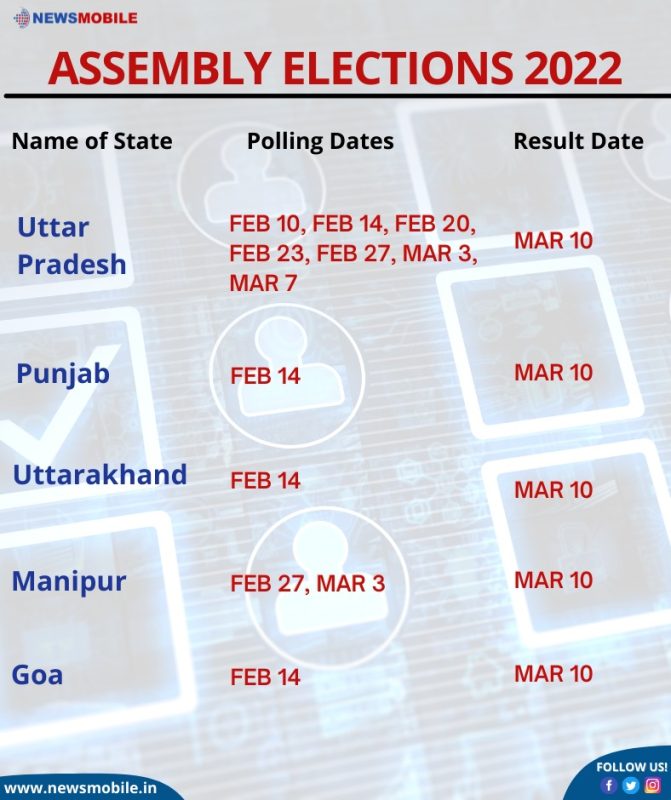 The Bharatiya Janata Party (BJP) rules four states – U.P., Goa, Manipur and Uttarakhand while Punjab has Congress government. While U.P. has the maximum number of assembly seats at 403, Punjab has 117, Uttarakhand 70, Manipur 60 and Goa has the least number of seats at 40.

“For the past two years, Covid has made conducting elections difficult. We have to conduct elections in a way which saves both voters and parties,’’ said CEC Sushil Chandra while addressing a press conference here.

A total of 690 assembly seats spread over five States will go to polls and a total of 18.34 crore electors, including 8.55 crore women, are expected to exercise their franchise in the elections in the five states. The total number of electors include 24.9 lakh new electors of which 11.4 lakh are women.

All polling stations will have minimum facilities like sanitizers, gloves, waiting areas, mask, drinking water and easy access. The CEC said that entire polling staff will be treated as frontline workers and will be double vaccinated. In addition, the staff will also receive booster and precautionary dose of vaccine.

The EC has also put curbs on holding election rallies till January 15 when it will review the situation. To ensure transparent and peaceful polls, webcasting will be held in vulnerable areas. The Commission has also raised the poll expenditure limit from Rs. 28 lakh to Rs. 40 lakh but in Goa and Manipur the limit will remain at Rs. 28 lakh for each of the candidate.

The CEC said the Commission will take a very stern and serious view of any inducement of voters and will deploy nearly 900 poll observers to oversee the massive exercise. All polling stations will have Electronic Voting Machines (EVMS) along with VVPATs.