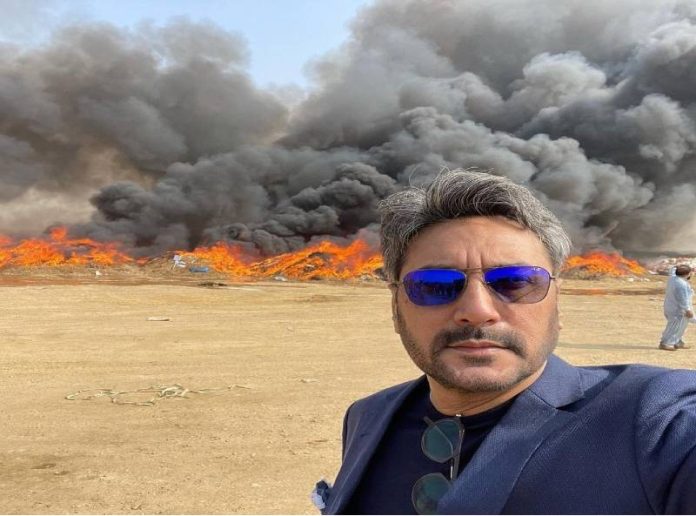 Pakistani actor Adnan Siddiqui’s selfie has become a buzz on social media. In the image he is seen very calm while there is raging fire in background. This picture is getting viral and being used by many to create memes.

Siddiqui last week shared the photo in which he was posing in front of a pile of burning liquor. He recently, attended a destruction ceremony of confiscated goods organised by the Customs (Enforcement) in Karachi and recorded himself joining in the process of destroying seized liquor and drugs.

He shared his photo on Instagram with a caption that read, “Waging a war against drugs. Lit fire to narcotics at the Destruction Ceremony of Confiscated Goods organised by the Customs (Enforcement) Karachi. Drugs is an evil that rusts our youth and our nation. A symbolic message that it’s to be turned to ash. Was a guest at the event where the department destroys smuggled and other goods confiscated by it through the year. These include liquor, cigarettes, betel nuts contraband; the cost of what was destroyed today is a whopping $2.5 million.”

The memers took this photo as an opportunity to create funny jokes and memes that we don’t want you to miss.