Fact Check: This Video Of Leopard Roaming On Terrace Is From Jaipur, NOT Lucknow | Newsmobile
Friday, August 12, 2022

Home NM FACT CHECKER Fact Check: This Video Of Leopard Roaming On Terrace Is From Jaipur,... 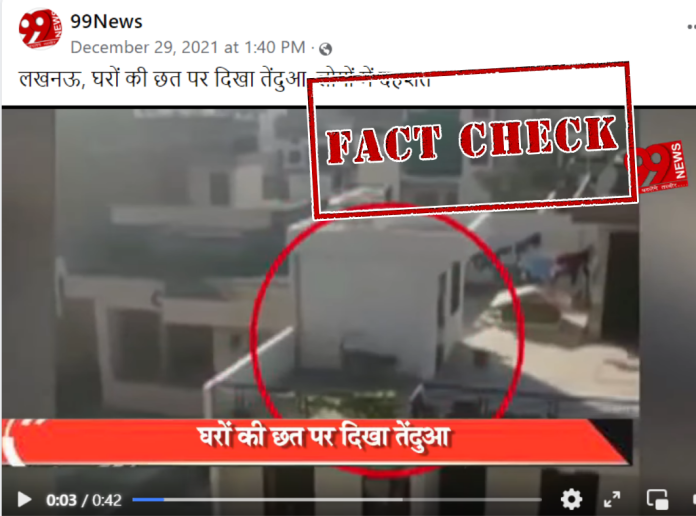 A video of a leopard roaming on the terrace of a few houses has gone viral on social media with a claim that it is from Lucknow.

The video is being shared on Facebook with a caption in Hindi that can be roughly translated in English to, “Leopard seen on the roof of houses in Lucknow, panic, among people.” 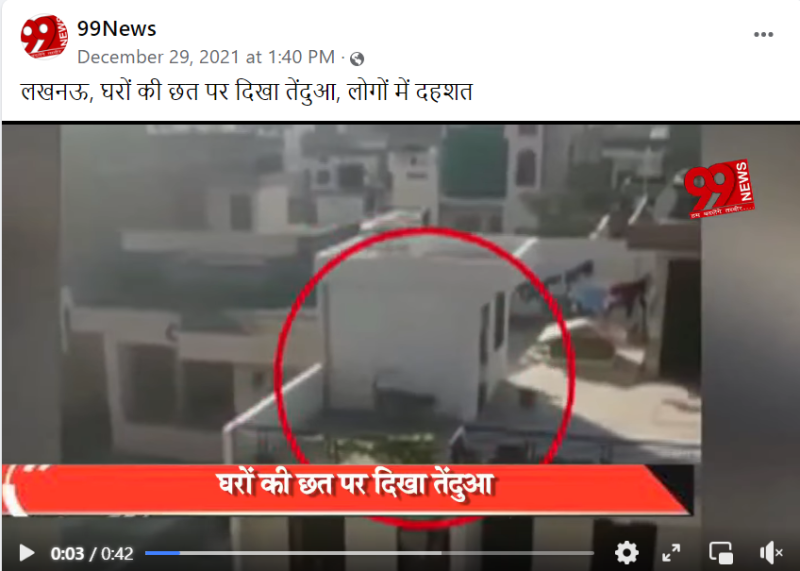 NewsMobile fact-checked the above post and found it to be MISLEADING.

Using the InVid tool, we extracted keyframes from the viral video and performed a Reverse Image Search with relevant keywords. This search led us to a news report dated December 19, 2021, that carried a similar video with the headline, “Leopard panic in the posh colony of Jaipur for 3 hours: kept running over the houses; People did not come out of the house for three hours.” 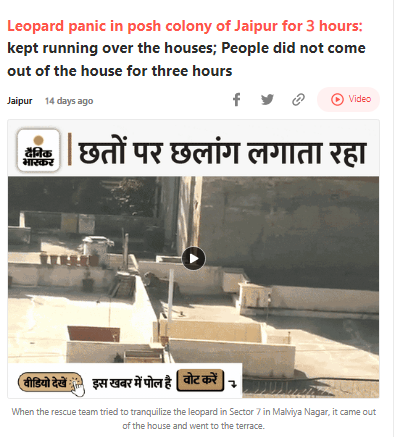 A similar news report was also carried by the Free Press Journal on December 19, 2021, that stated, “It was a horrifying Sunday morning for the residents of Malviya Nagar residential colony in Jaipur. A leopard from the nearby forest was seen roaming on the roofs of the colony for around two hours. The forest officials rescued the big cat and it will be released into the forest after the medical checkup.” 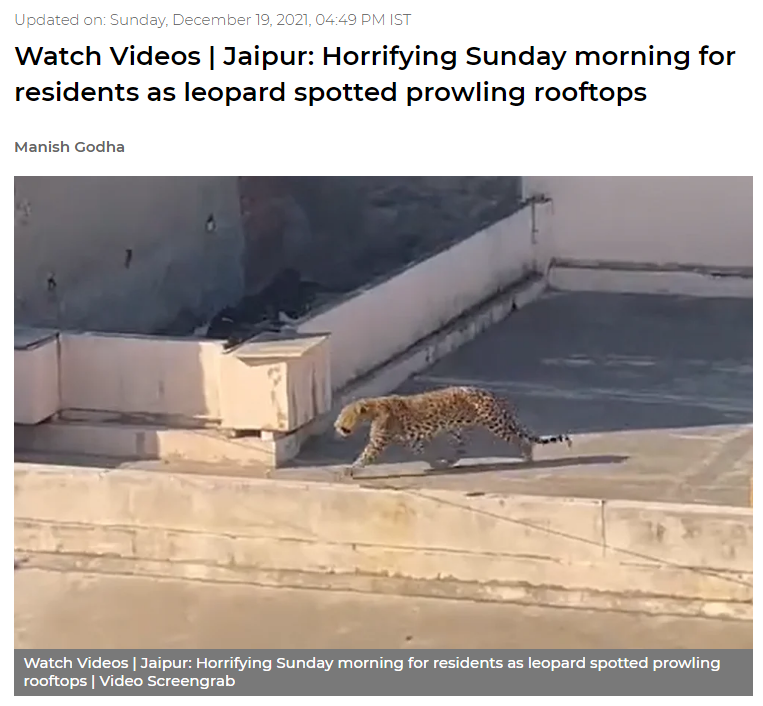 Searching further, we found a video news report uploaded on the official YouTube channel of TIMES NOW Navbharat on December 19, 2021. The video description reads, “Rajasthan: Leopard entered the residential area of ​​Jaipur, panic in the area.”

The same video was also uploaded on the official Twitter handle of Jhunjhunu News, which according to their website, is “the best resource for news related to Rajasthan state.” The tweet text reads, “Today #पैंथर movement was in a colony of Malviya Nagar Sector 7 of #जयपुर, the forest department team left the panther in #रेस्क्यू jungles.”

Thus, it is evident from the above information that a video showing a leopard roaming on the terrace of a few houses in a Jaipur colony is being falsely linked to Lucknow. Therefore, the viral claim is misleading.