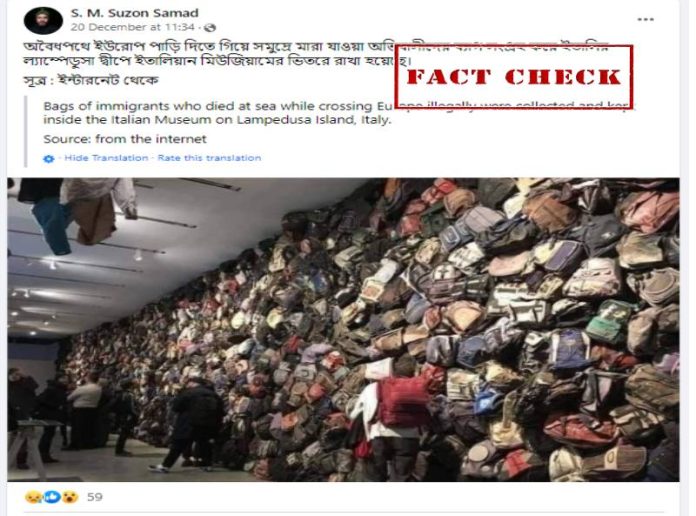 On November 24, 2021, a boat carrying refugees and asylum seekers sank while trying to cross the English Channel. At least 27 refugees died in the accident.

In the above context, an image of bags has gone viral on social media with a claim that they belong to the refugees who died when the boat sank while crossing the English Channel. The image is being shared with a caption in Bengali that reads, “অবৈধপথে ইউরোপ পাড়ি দিতে গিয়ে সমুদ্রে মারা যাওয়া অভিবাসীদের ব্যাগ সংগ্রহ করে ইতালির ল্যাম্পেডুসা দ্বীপে ইতালিয়ান মিউজিয়ামের ভিতরে রাখা হয়েছে। সূত্র : ইন্টারনেট থেকে.” (English translation: Bags of immigrants who died at sea while trying to cross over to Europe illegally were collected and have been kept inside the Italian Museum on Lampedusa Island, Italy. Source: from the Internet.) 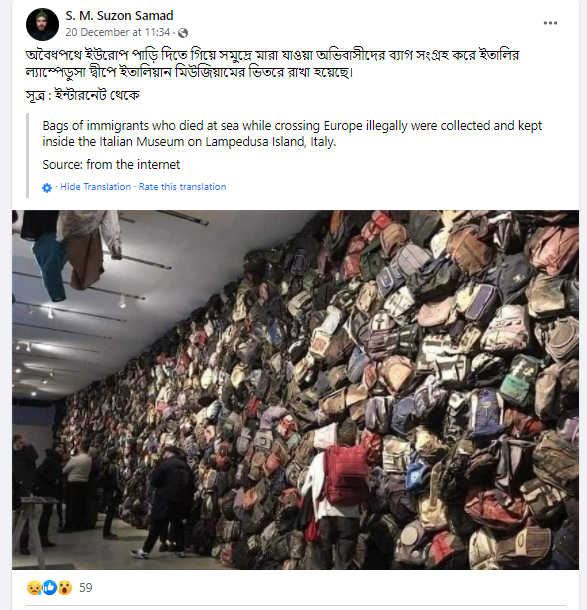 On doing a Google Reverse Image Search, we found that the same image was published on the website of University of Michigan. The caption mentioned, “This exhibition, created by artist/photographer Richard Barnes and artist/curator Amanda Krugliak in collaboration with anthropologist De León, includes an installation of hundreds of backpacks left behind by migrants crossing the Arizona desert as well as numerous pieces of clothing and ephemera, and video images created by Richard Barnes on location along the Mexico-United States border. The installation also includes excerpts of original recordings of audio interviews with migrants, all part of De León’s work.” 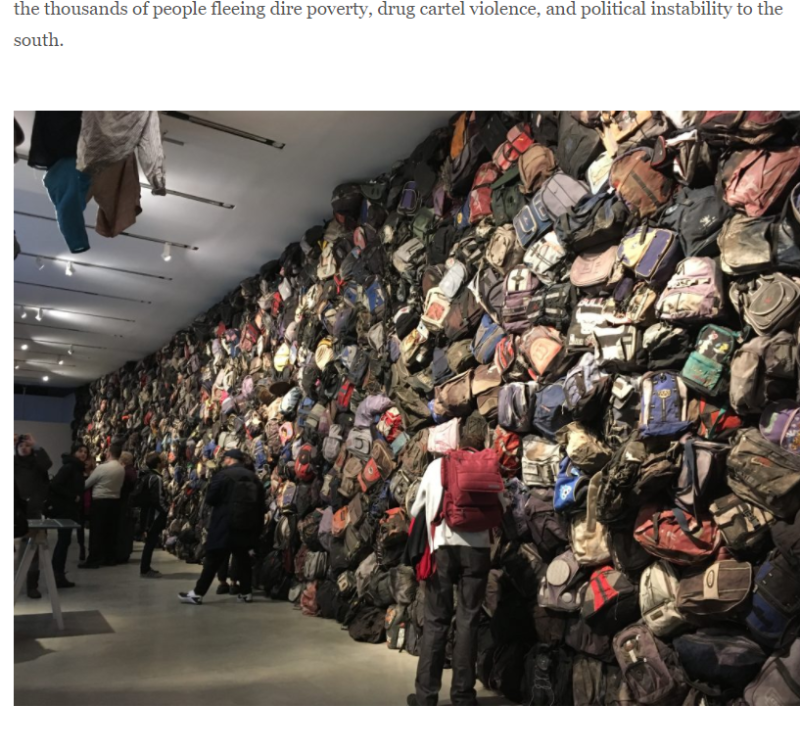 We also found a similar image published on a website, Al DiaNews, with the caption, “View of the “State of Exception” exhibit at the Parsons School of Design, in New York, the United States on Mar. 22, 2017. EFE/AGUSTIN DE GRACIA.” 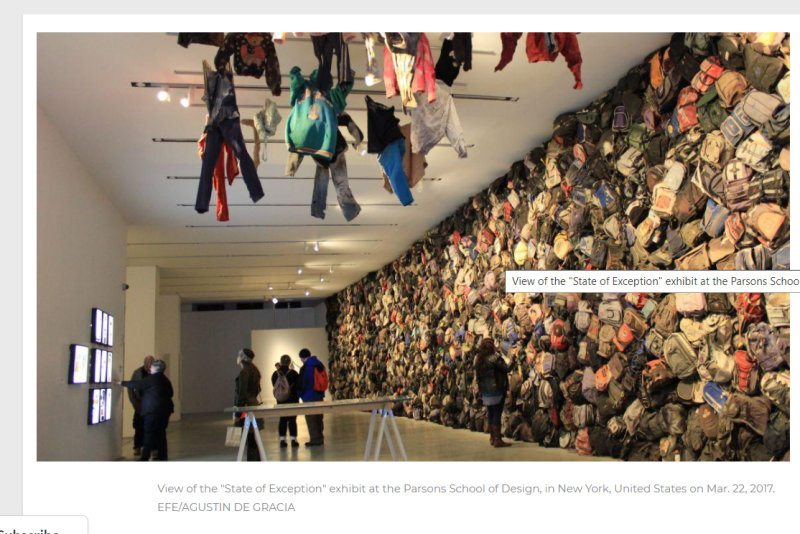 According to the article, the image shows “wall of backpacks” abandoned by dozens of migrants who crossed the Sonoran Desert while trying to reach the United States. The backpacks were on display – and was added to – as an exhibit in New York in answer to the immigration policy of President Donald Trump.
Hence, we can conclude that a photograph depicting “wall of backpacks” is from an art exhibition in New York and is widely being shared with a fake claim linking it to the English Channel boat tragedy.