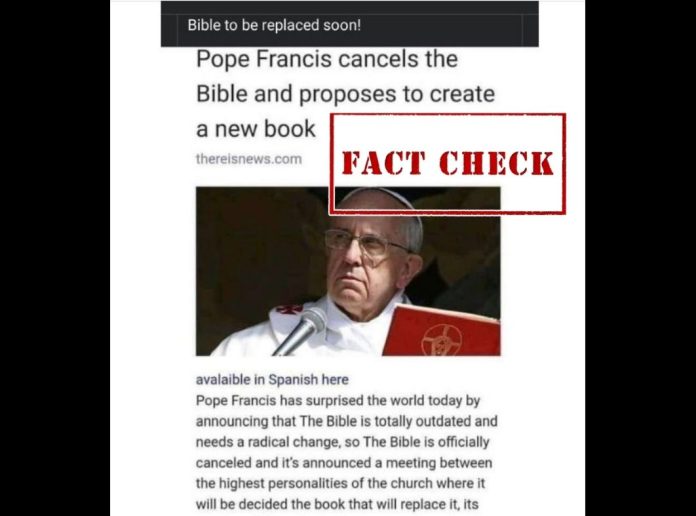 A screengrab of a purported news article is being widely shared on social media platforms claiming that Pope Francis has called the Bible outdated and decided to replace it with a new book, “Biblia 2000”.

A Facebook user shared a screenshot of the purported article with a caption, “The demonic incarnate in the flesh as human talking,but the bible had been before him,the bible no man can cancel its Gods instead himself shall God wipe before his time,watch my word,Ijm name Amen. (sic)”

“Pope Francis cancels The Bible and proposes to create a new book,” reads the headline of the viral article. 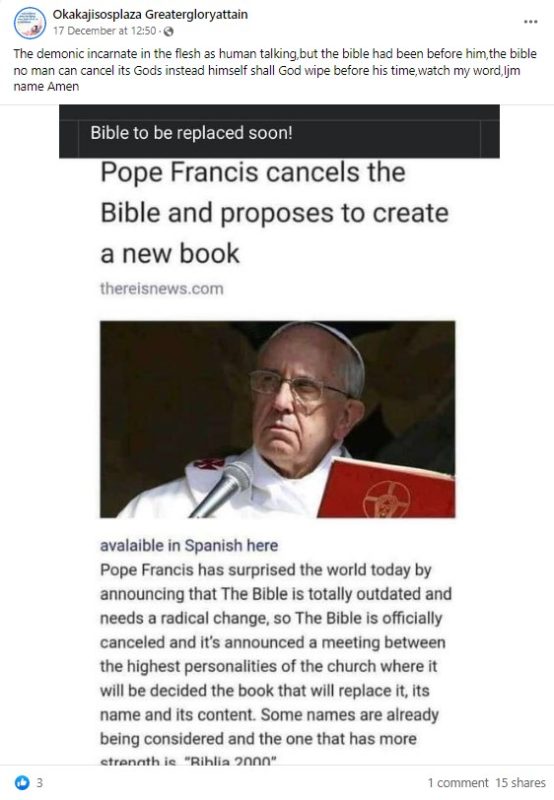 The same image is being widely shared on Twitter.

NewsMobile fact-checked the viral image and found it to be shared with a false claim. The article whose screenshot is now going viral was published by a satire website in 2018. 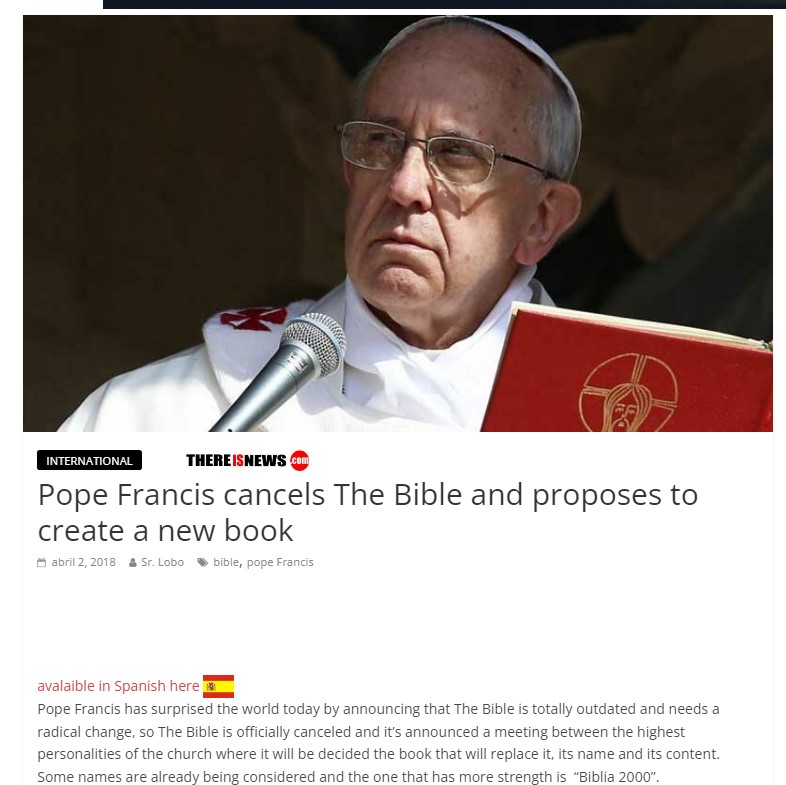 We checked the ‘About Us’ section of the website and found that it mentions “thereisnews.com” is a satirical site. “The site “There is news” [hereinafter referred to as TIN] is a humor site whose purpose is entertainment, The description of the site reads as follows, The content of TIN is fiction and does not correspond to reality,” reads the description. Hence, the claims made are in the article are not real.

On further checking, we did not find any credible media report about the Pope making any such statement, which would otherwise definitely have made headlines the world over.

We also checked the Holy See Press Office website, which publishes the official news regarding Pope’s announcements and engagements but could not find any such information either.

Therefore, it is clear that Pope Francis has not made any statement as is being claimed in the viral post. The post in circulation is from a 2018 satire article.