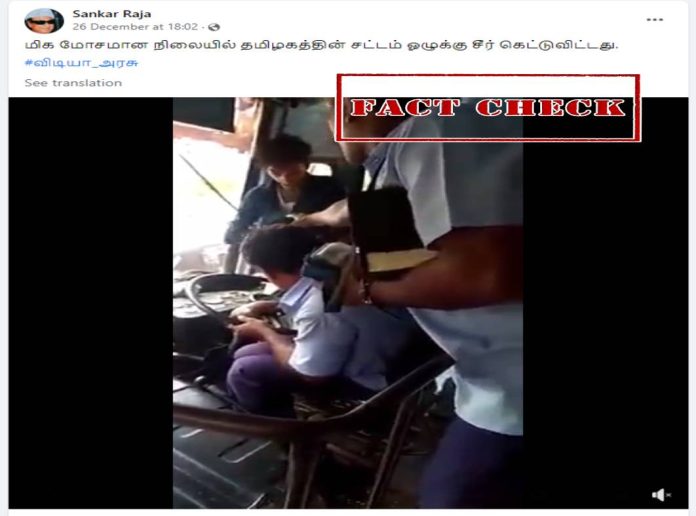 A video of assault on a bus driver is widely being shared on social media with a claim that it happened recently in Tamil Nadu. 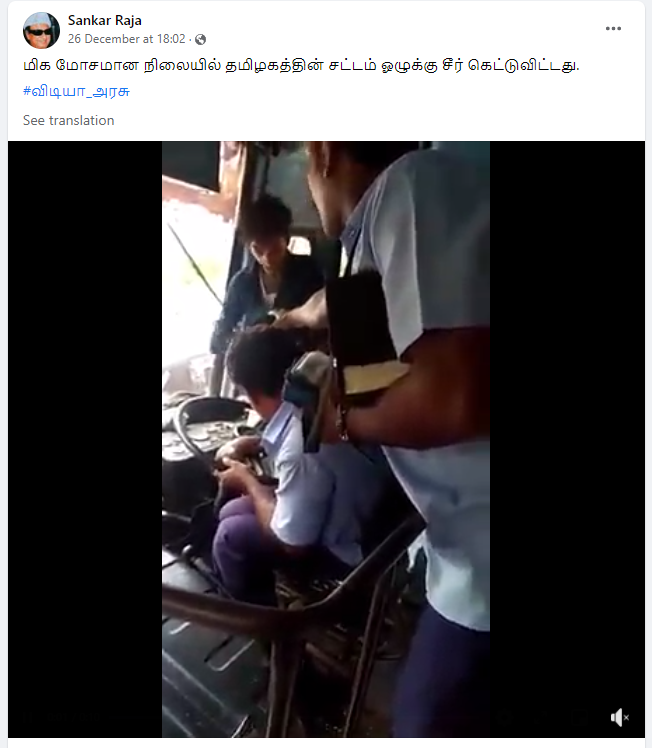 NewsMobile did a fact-check and found the claim to be fake.
On breaking the video into multiple keyframes using InVid tools and doing a Google Reverse Image, we found the same video was uploaded by news channel  Mirror Now on March 30, 2018, with a title: “Kerala Road Rage: Bus Driver Assaulted.” 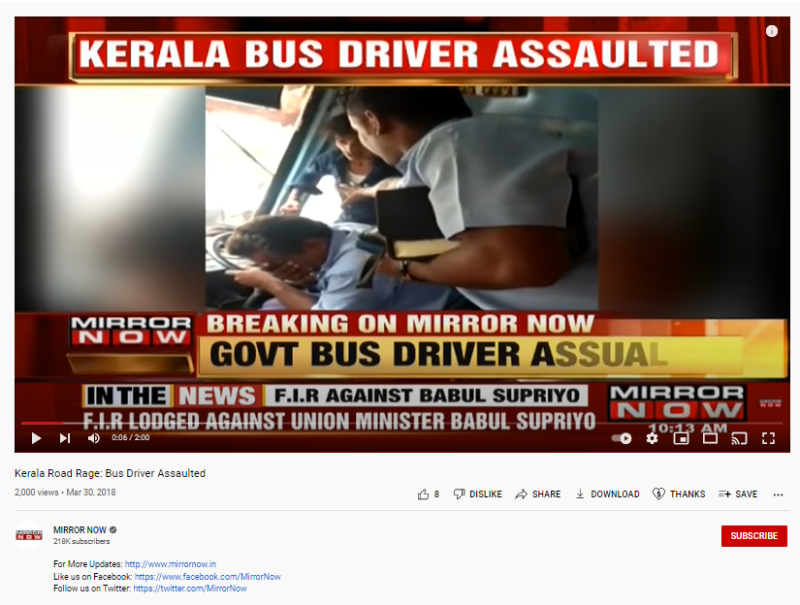 TOI too shared the same video in 2018 with the description, “In yet another incident of road rage, a driver of a government bus was physically assaulted in Kerala’s Manakkad. The driver overtook a car and three youngsters from that car came out and physically assaulted him. The entire incident was caught on the CCTV camera. The driver was immediately rushed to the hospital after his nose started bleeding profusely. Meanwhile, all the three accused have been arrested and a case has been registered.”
In a report dated March 30, 2018, The News Minute mentioned that ‘the perpetrator, identified as Dileep, was arrested along with two others for stopping the bus and manhandling the driver.’
Moreover, we also found that Tamil Nadu Police had also tweeted screenshot of the video to refute the viral claim mentioning that the video is not from Tamil Nadu.
“A video of a bus driver being brutally assaulted in Manakkad, Kerala, in 2018 is currently being shared as an incident from Tamil Nadu. Strict legal action will be taken against people who spread such false news, ” a rough Google translation of the tweet read. 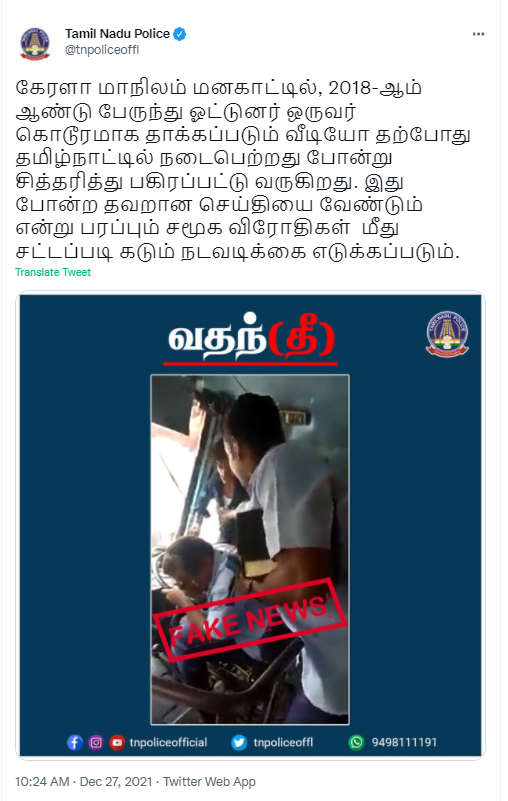 Thus, we can conclude that the viral video of a bus driver being assaulted is old and is from Kerala and not Tamil Nadu.