Home NM FACT CHECKER Fact Check: No, Amit Shah Did NOT Say ‘India Will Become A... 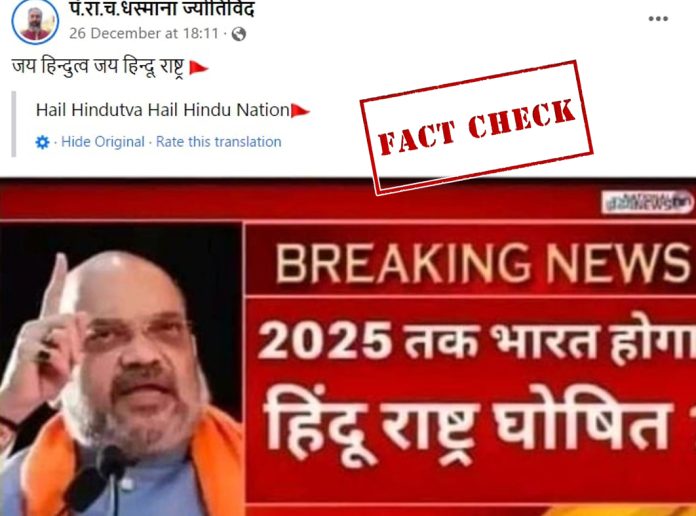 A breaking news graphic with a picture of Home Minister Amit Shah is being shared on social media insinuating that he said ‘India will become a Hindu Nation by 2025’. 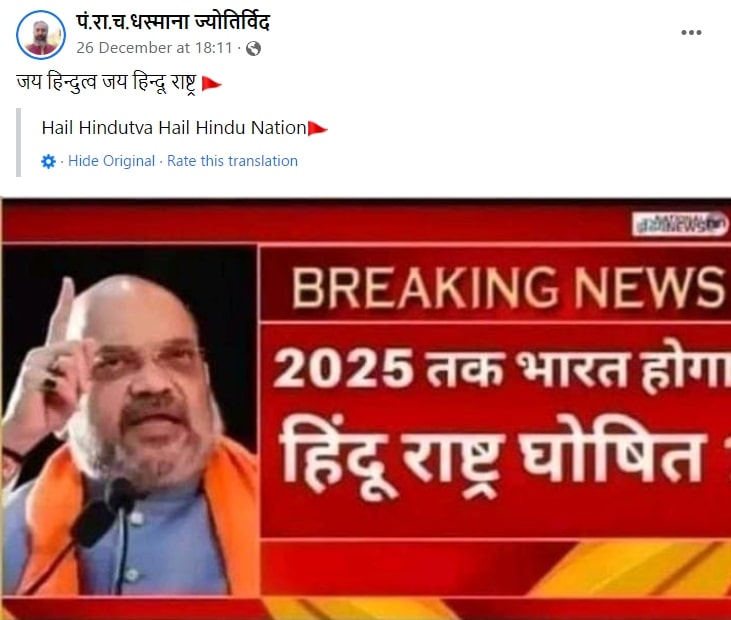 We noticed the logo of ‘National India News’ on the top right corner of the viral graphic. Taking a hint, we ran a keyword search on YouTube and found the original report by National India News, where the same graphic was used.

It should be noted that in the original graphic, there is a question mark at the end of the sentence.

The report covered anti-CAA and NRC protests near Jamia Millia Islamia in Delhi. In the video, people can be heard expressing their views on the issue.
Moreover, to check veracity of the claim, we ran a keyword search but did not find any media report corroborating the viral claim. If Shah had made such a statement, it would have been covered by major media channels and newspapers.

Moreover, we also found an interview of Amit Shah from 2019 where he said that BJP doesn’t believe that India should become a Hindu nation. When asked if BJP view India as a Hindu nation, Shah said, “Absolutely not, we see India according to the Constitution. The country can have only one religion, which is the Constitution of India. This country belongs to people of all religions.”

Hence, from the above information, it is clear that the statement has been falsely attributed to Amit Shah.