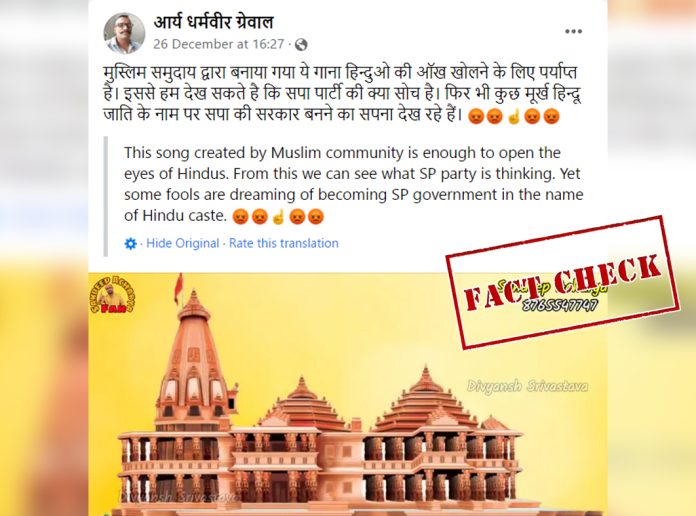 A song stating that temple construction will come to a halt if Samajwadi Party comes to power in Uttar Pradesh is being shared on social media with a claim that it was penned and sung by a member of a minority community to promote Samajwadi Party in the run up to impending state assembly elections.

(English Translation: This song created by the Muslim community is enough to open the eyes of Hindus. From this, we can see what the SP party is thinking. Yet some fools are dreaming of becoming SP government in the name of the Hindu caste.) 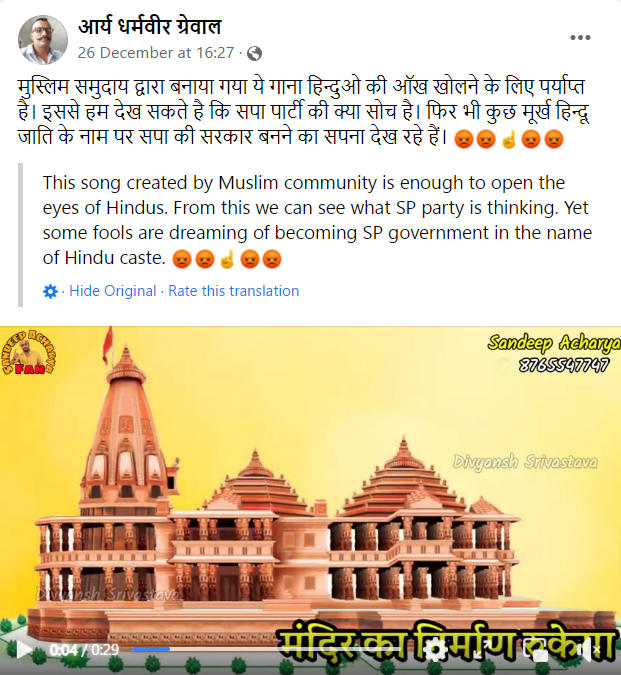 In the video, on the top right corner, we noticed the name ‘Sandeep Acharya’. We scanned through his Facebook page and found that he has shared multiple songs which he has sung promoting BJP and Hindutva ideology. He has also described himself as a ‘Hinduwadi singer from Ayodhya’. 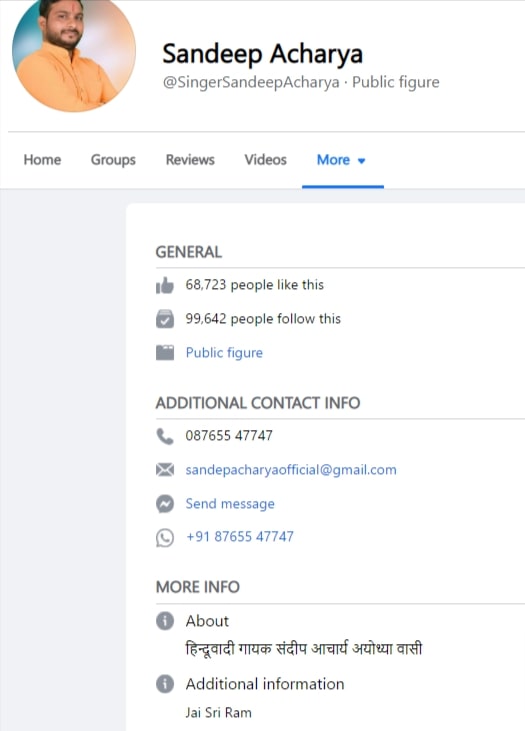 We found that the same song was shared on his Facebook page in October 2021 with a  caption that can be roughly translated in English to: “Some Hindu brothers are finding this song anti-Hindu. I have sung this song to warn you that if SP wins, it will happen, do not fall under the illusion of fake.”

At the beginning of the video, he can be heard saying that he has sung this song to warn people against Samajwadi Pairty and their plans.

The same video was also premiered on a YouTube channel – Rudra Music – on September 30, 2021. The description of the video mentioned that song was written and sung by Sandeep Acharya and is part of the album ‘Yogi Songs’. 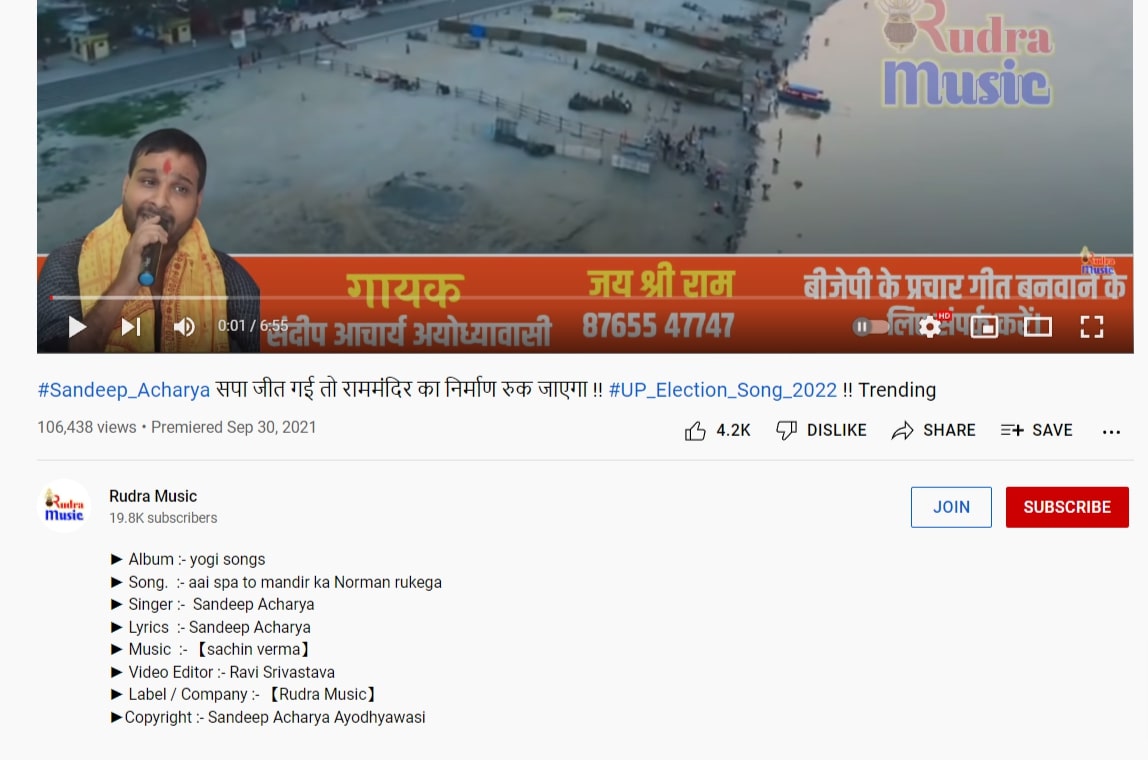 Talking to AFP, Sandeep said, “The song has been composed and sung by me, it was not composed by any Samajwadi Party member or a Muslim. I am a Hindu and a BJP supporter.”

NewsMobile also reached out to Sandeep, who confirmed to us that the song has been composed and sung by him.

From, the above information, it is clear that the song is being shared with a false claim.