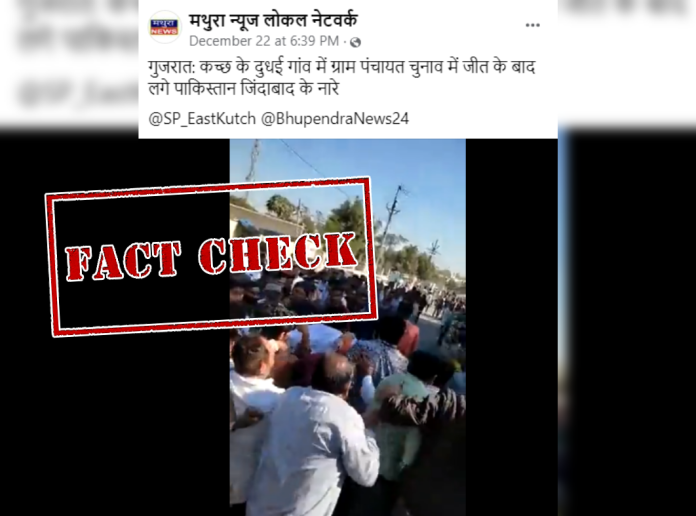 A video in which a group of people can be seen chanting slogans at Dudhai Gram Panchayat in Kutch, Gujarat, is being shared widely on social media. It is being claimed that villagers there chanted “Pakistan Zindabad” slogans.

The video is being shared on Facebook with a caption in Hindi that can be roughly translated in English to: “Gujarat: Slogans of Pakistan Zindabad raised after victory in Gram Panchayat elections in Dudhai village of Kutch.” 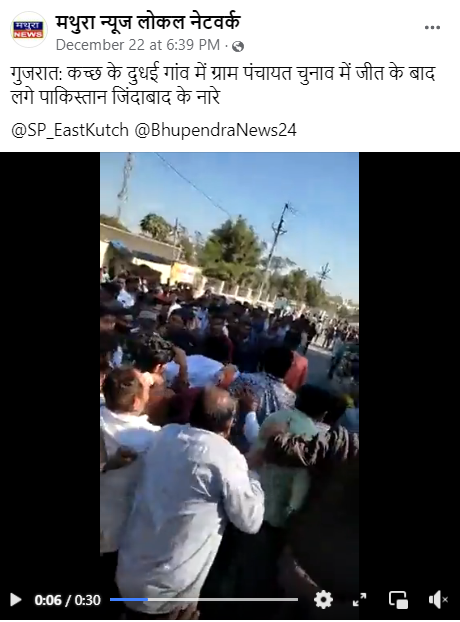 We performed a keyword search and found a news report DivyaBhaskar which carried the same viral video claiming: “Victory procession was held in Dudhai village of Anjar taluka after the election results were declared. The video went viral with details of the slogan ‘Pakistan Zindabad’. An inquiry was ordered by the Minister of State for Home Harsh Sanghvi himself to probe the viral video. After investigating the video, Kutch police have denied chanting ‘Pakistan Zindabad’. The video is claimed to have been misrepresented. Action will also be taken against those who falsely shared the video.” 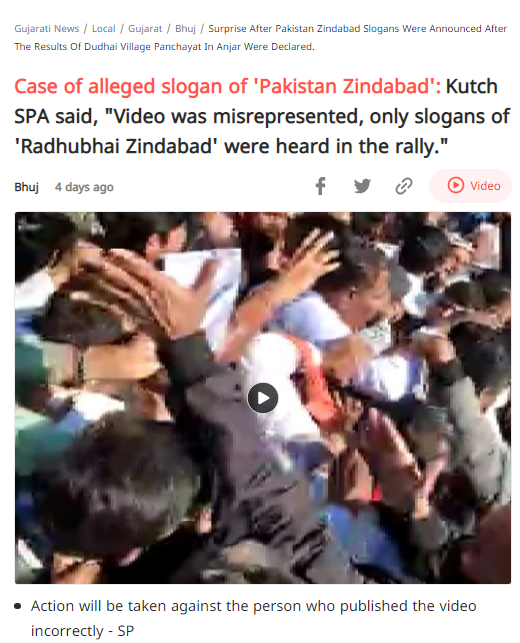 According to Gujarati News18, “In the viral video of Kutch, the slogan was ‘Raghubhai Zindabad’, not Pakistan Zindabad.” 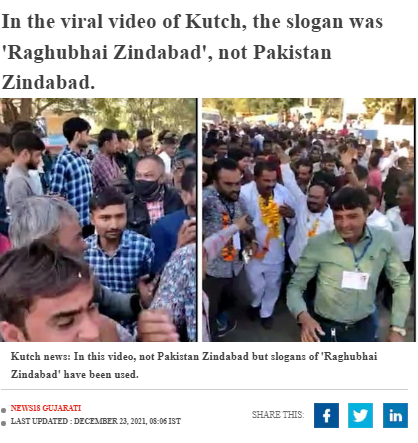 Searching further, we found a tweet by SP East Kutch where it was clarified: “This video’s circulating on social media FALSELY claiming that “Pakistan Zindabad” slogan was raised in election victory rally! The crowd in the video told us that person hailed “Radhubhai Zindabad” twice. Radhubhai is the name of Rinaben’s (victorious Sarpanch candidate’s) husband!”

Thus, it is evident from the above information that the viral video is being shared with false claims.