Fact Check: No, This Image Does NOT Show Any Asteroid Which Missed The Earth In Dec | Newsmobile
Thursday, August 18, 2022

Home NM FACT CHECKER Fact Check: No, This Image Does NOT Show Any Asteroid Which Missed... 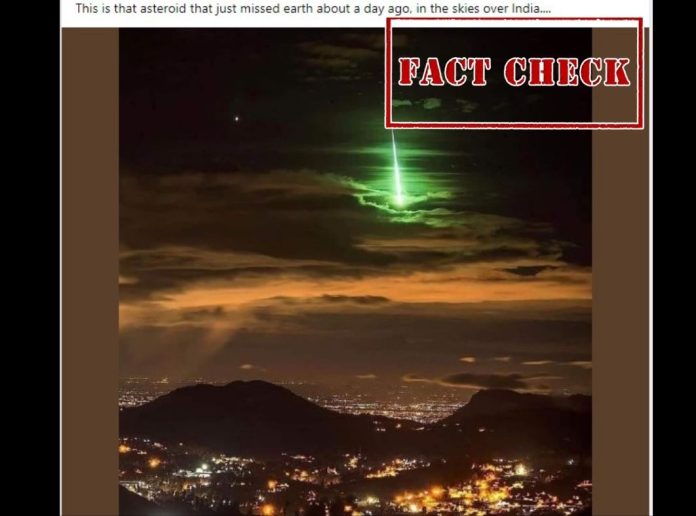 A picture is doing rounds on social media platforms wherein one can see a green streak of light in the night sky over mountains with a claim that its an asteroid which missed the earth in December 2021. The caption shared with this image suggests that it was captured somewhere in India.

A Facebook user shared the image with the caption: “This is that asteroid that just missed earth about a day ago, in the skies over India.” 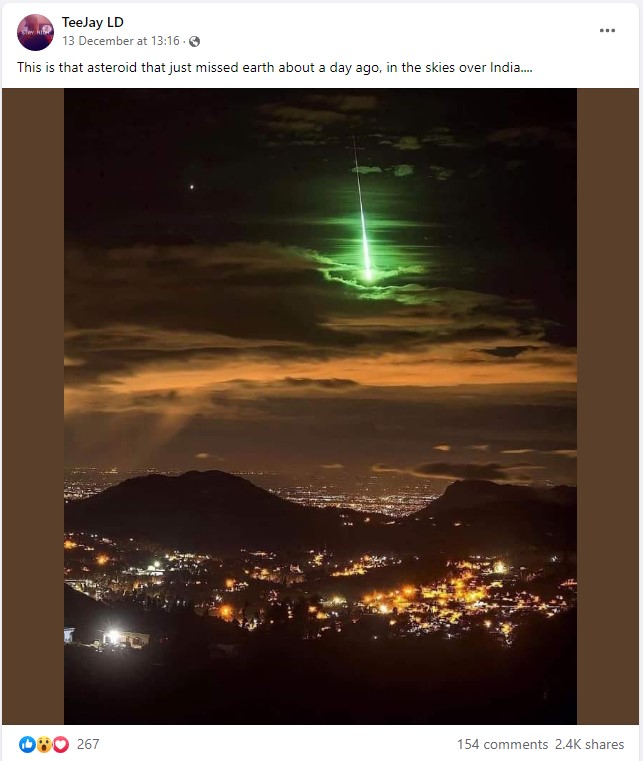 Several other users on Facebook are sharing the picture with the same claim.

NewsMobile fact-checked the viral image and found it to be shared with a misleading claim.

With the help of a Reverse Image Search, we found the photograph on the National Geographic website. The image was featured in an article published on August 11, 2017, with the caption, “A rare green meteor appears above the sky islands of India’s Western Ghats mountains.” The picture has been credited to the photographer Prasenjeet Yadav. 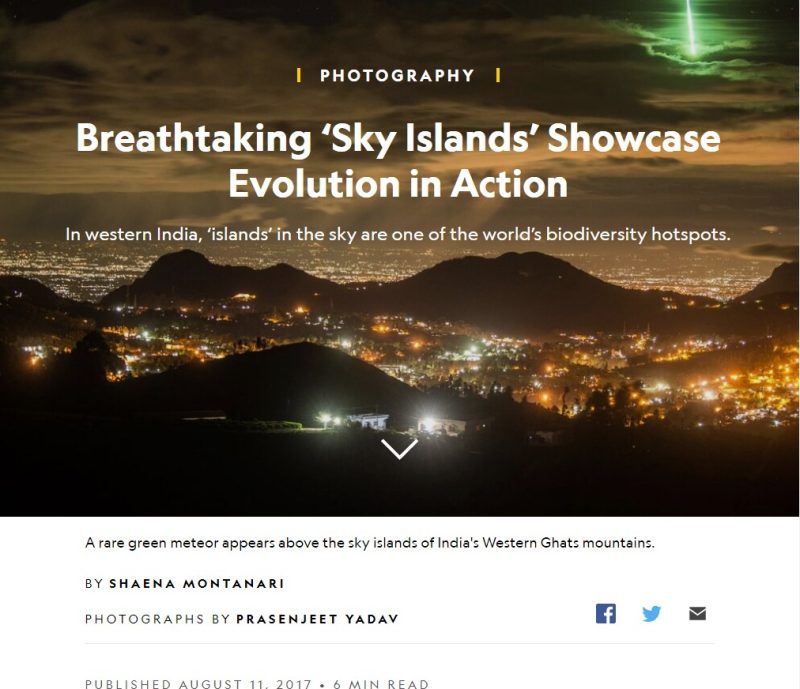 According to the article Prasenjeet Yadav won National Geographic Young Explorers grant to document “sky islands” or isolated mountain peaks that rise above the clouds along a 400-mile swathe of Western Ghats.

Yadav captured this image on October 9, 2015, in the mountains of Western Ghats. He himself posted this on Instagram with the caption, “This is definitely one of the most memorable shot I have ever taken and also the first image that NG published back in 2016!! This GreenMeteor was captured while taking a time-lapse to document the urbanization around the Skyislands southern in India. The camera was set at 15s exposure for 999 shots and this came into one of those shots. Green Meteor’s greenish color come from a combination of the heating of oxygen around the meteor and the mix of minerals ignited as the rock enters Earth’s atmosphere. #Natgeo100contest.” 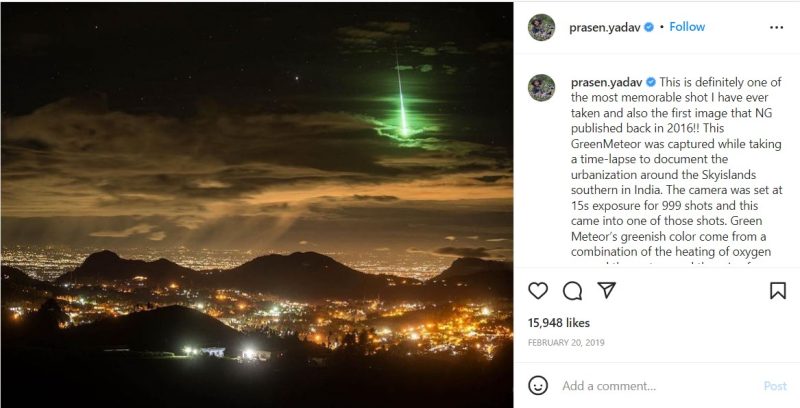 According to the NASA website, 5 asteroids will approach earth between December 27 to January 11. USA Today reported that an asteroid slightly bigger than a football field was expected to fly past the earth on November 29, 2021.

However, it is clear that the viral image does not show any recent asteroid approaching the earth and that is was clicked in 2015.