Fact Check: No, NYT Did Not Carry Any Report Stating ‘Teachers Should Tolerate Bullying Towards Unvaccinated Children’ | Newsmobile
Wednesday, August 17, 2022

Home Coronavirus Fact Check Fact Check: No, NYT Did Not Carry Any Report Stating ‘Teachers Should... 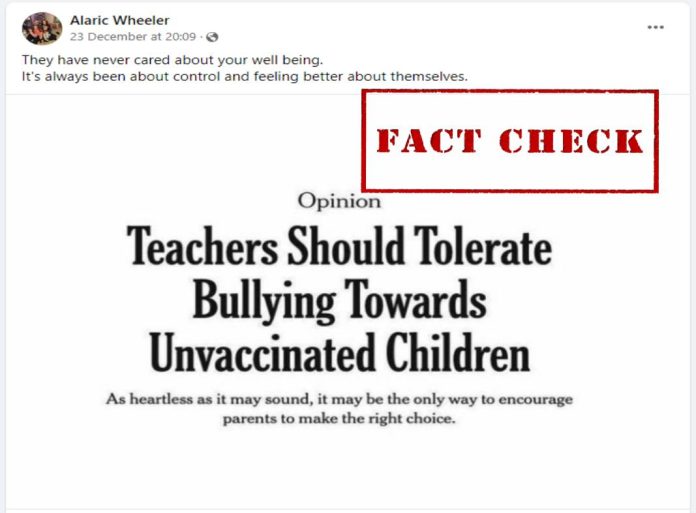 A screenshot of an article attributed to New York Times is being widely shared on social media. The article’s title reads, “Teachers Should Tolerate Bullying Towards Unvaccinated Children.”

Social media users are sharing the image with different captions, one of which reads, “They have never cared about your well being. It’s always been about control and feeling better about themselves.” 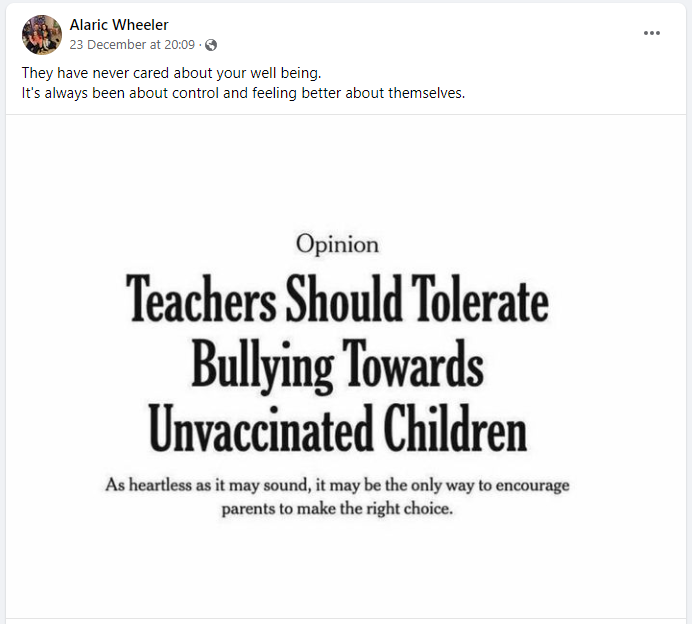 We searched with the title on Google but could not find any such report by New York Times. We also searched on the website of New York Times but our search drew a blank. 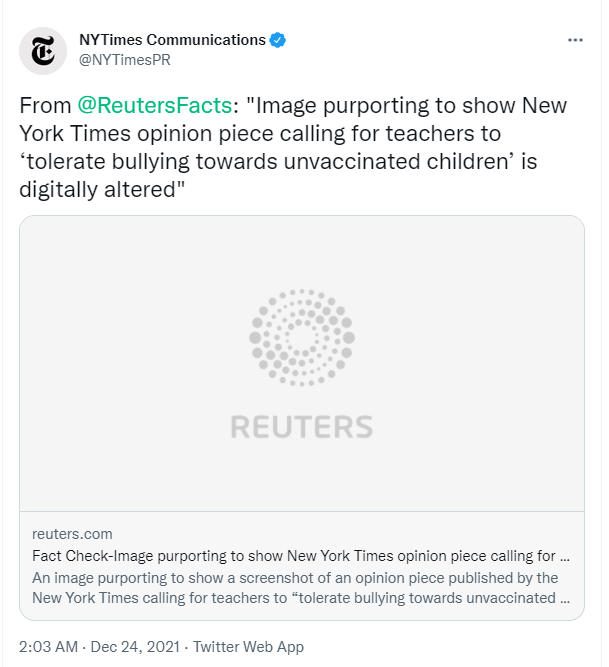 Thus the viral image is digitally morphed and no such article has been published by New York Times.