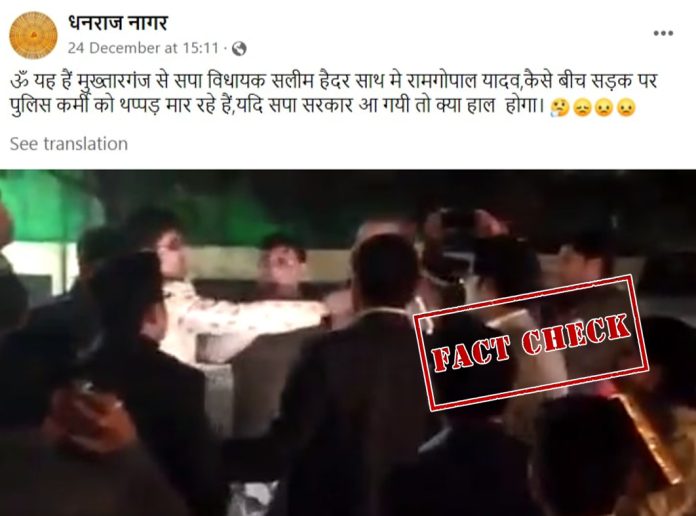 A video of a man slapping a cop is being shared on social media with a claim that he is Salim Haider, Samajwadi Party MLA from Mukhtarganj constituency.

(English Translation: This is SP MLA Salim Haider from Mukhtarganj along with Ramgopal Yadav, how are they slapping a policeman in the middle of the road, what will happen if SP government comes to power.) 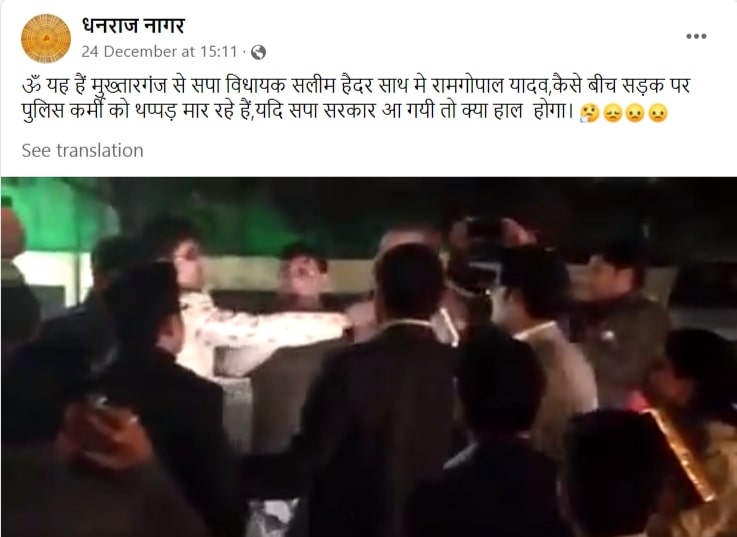 We extracted keyframes of the video and put them through Reverse Image Search which led us to a report by TOI dated December 3, 2021.

The report mentioned the incident took place in Lucknow and the four people, identified as Ashish Shukla, Pranjul Mathur, Priyank Mathur and Pravendra Kumar, were arrested in the matter. Meanwhile, the person in uniform was identified as sub-inspector Vinod Kumar. 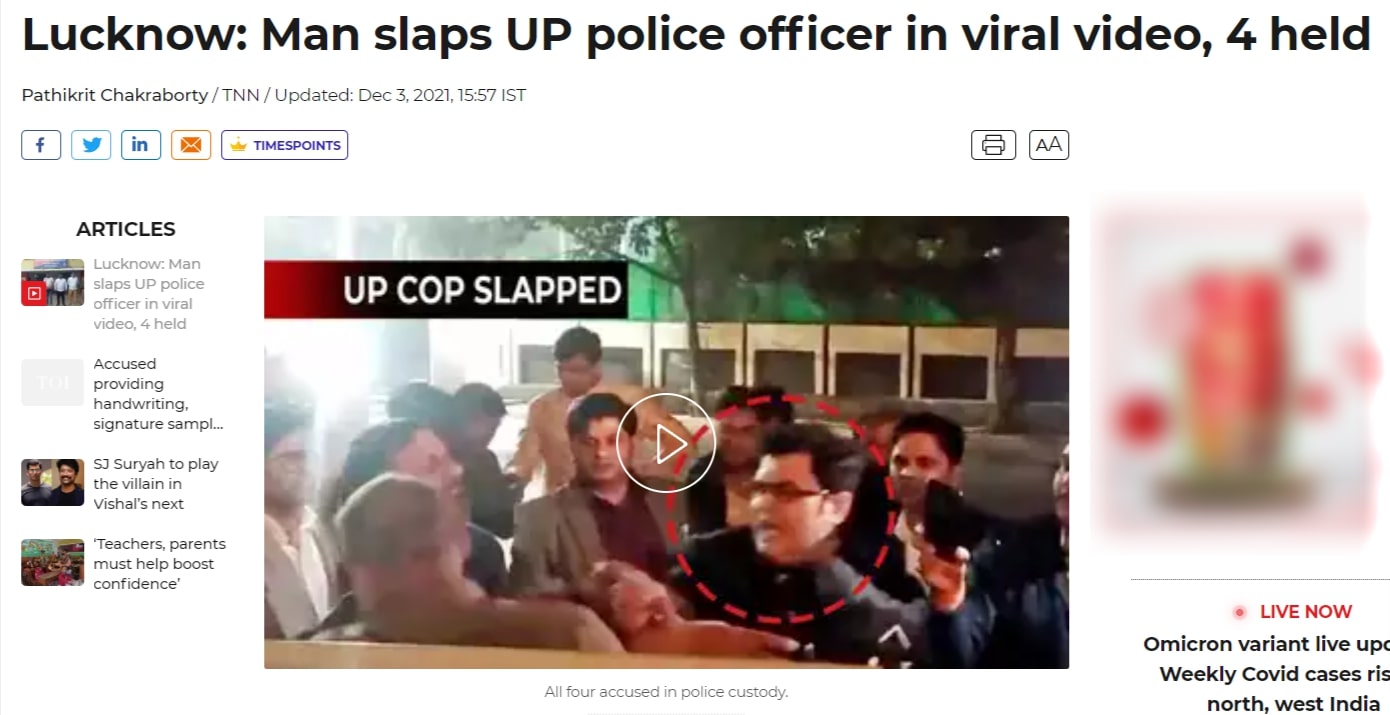 The report also mentioned that Prachi Singh, Additional Deputy Commissioner of Police (North Zone), said that the incident was related to a case of road rage. “Vinod, who is deployed in Pilibhit Kotwali, claimed he was on a four wheeler returning from minority commission office, when he reached Niralanagar a biker suddenly came in front and in order to save him, his car hit wrongly-parked cars in front of a hotel,” Prachi Singh was quoted as saying. Following the accident, a few people rushed outside to the scene and attacked Kumar.

The same incident was also covered by Dainik Bhaskar. The report mentioned that all the four people involved in the incident were arrested soon after the video went viral. 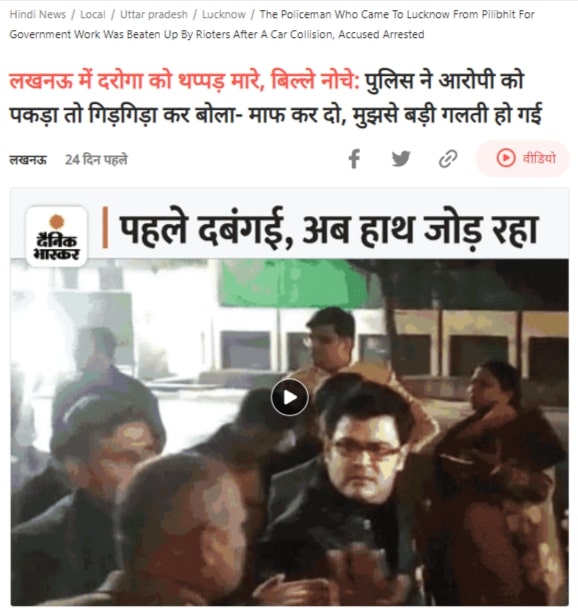 However, none of the reports mentioned anything about involvement of any Samajwadi Party MLA.

Who is the MLA from Mukhtarganj?

We found that there is no assembly constituency in Uttar Pradesh by the name of Mukhtarganj. The state has 403 constituencies, which can be seen here.

Moreover, we also looked for SP MLA Salim Haidar but did not find any MLA by that name. 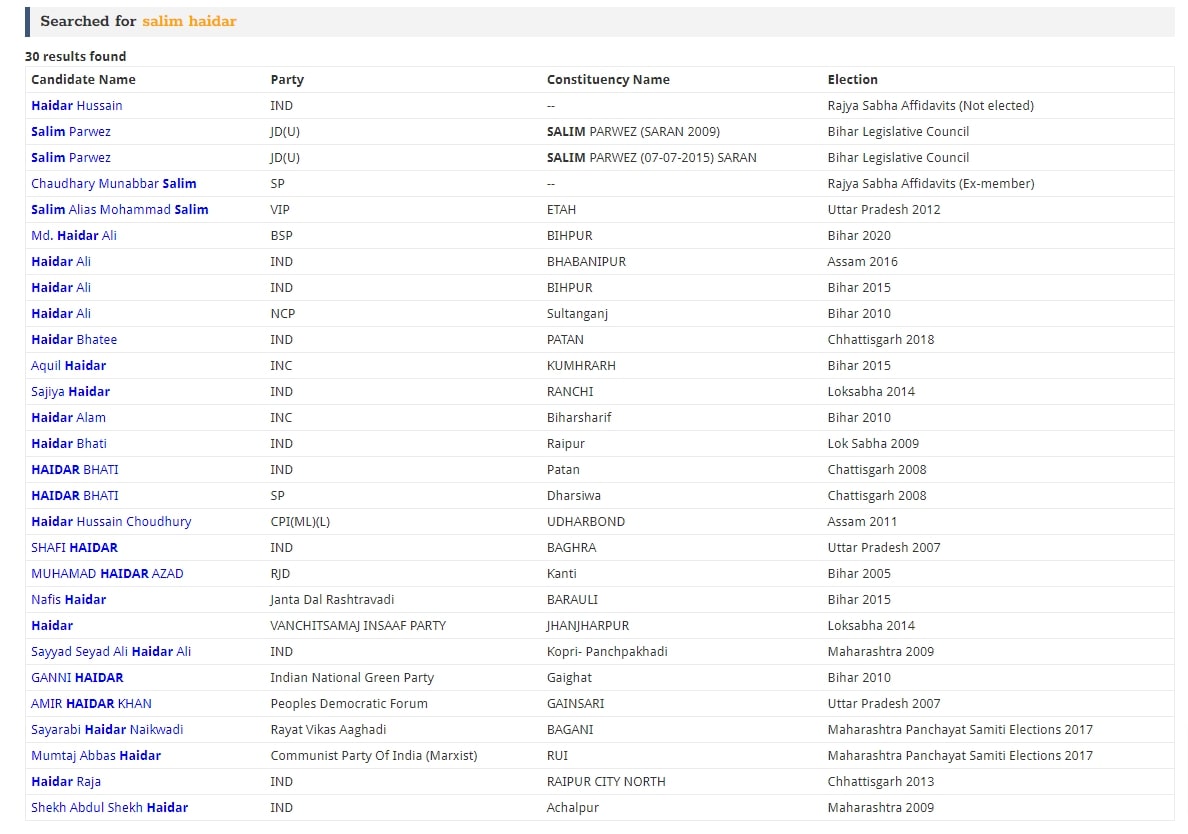 Hence, from the above fact check, we can conclude that the video is being shared with a false claim.