Fact Check: Video Of Domestic Violence Falsely Shared As That Of Abduction Of Hindu Woman In Pakistan | Newsmobile
Friday, October 7, 2022 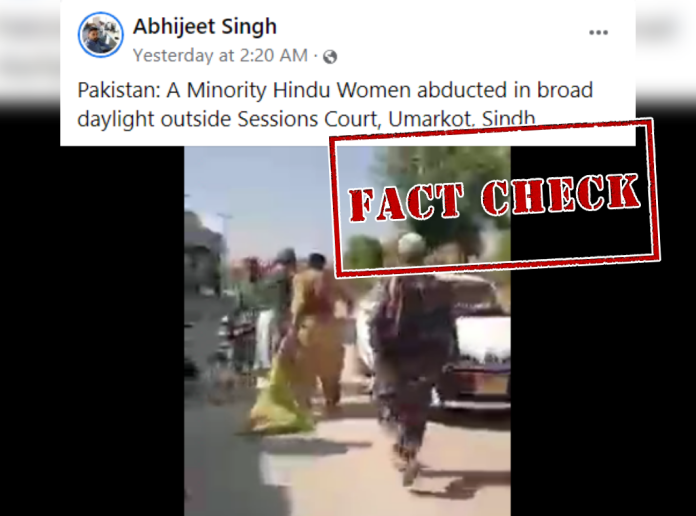 A disturbing video in which a woman is being dragged by four men on a busy street is being widely shared on social media. It is being claimed that it shows a Hindu woman being abducted in broad daylight in Pakistan’s Sindh.

The video is being shared on Facebook with the caption: “Pakistan: A Minority Hindu Women abducted in broad daylight outside Sessions Court, Umarkot, Sindh.” 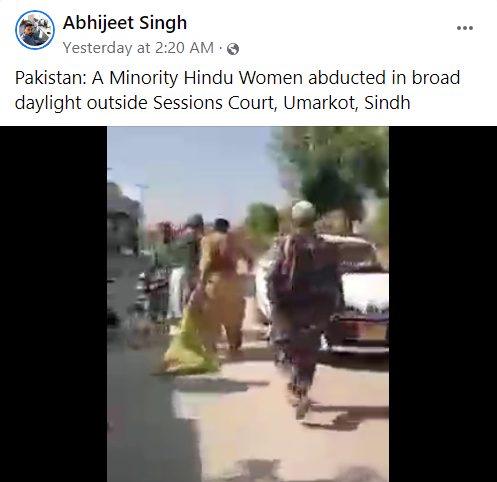 We checked the comment section of the video and found that many users had pointed out that the video did not show targeted abduction but domestic abuse.

In response to a tweet that carried the same viral video with a similar claim, a user replied stating, “This woman’s husband was also a Hindu and she was targetted by these men because she had filed for divorce after being fed up with domestic violence. There is no Hindu-Muslim tilt in THIS PARTICULAR CASE.” 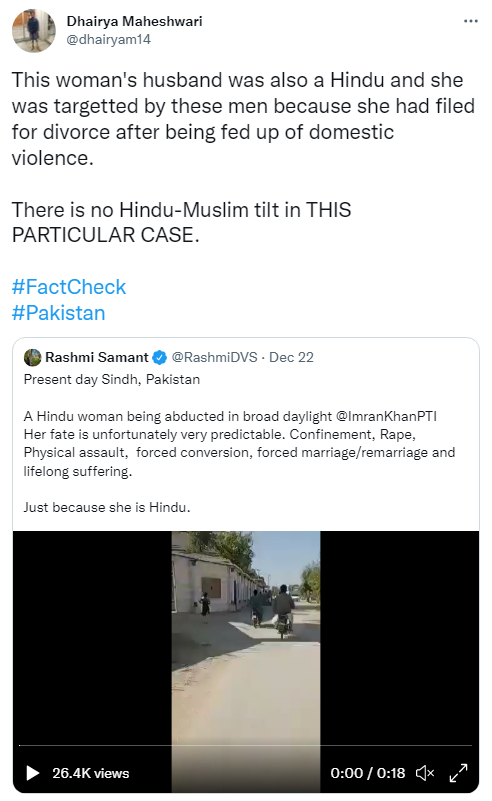 Taking a cue from this, we searched and a news report published by a Russian news website ‘Sputnik’ stating, “Pakistani MP Rejects Claim a Hindu Woman in Viral Video Was Targeted Because of Her Religion.” 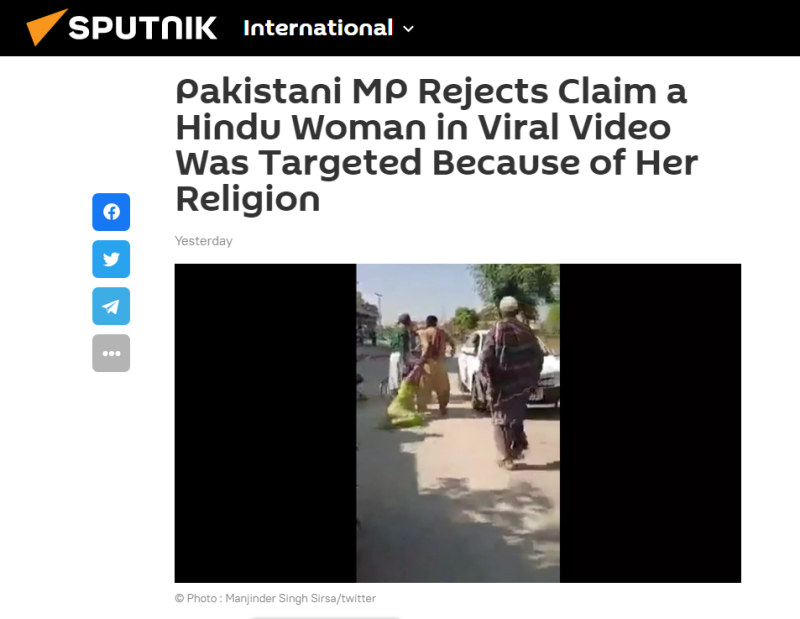 Pakistan’s ‘The Dawn’ newspaper also published an article refuting the viral claim stating, “She was attacked by eight persons, including her spouse when she was returning home after attending (the) hearing of the case. They dragged her on the road by pulling by the hair and humiliated her (in front of) people.” 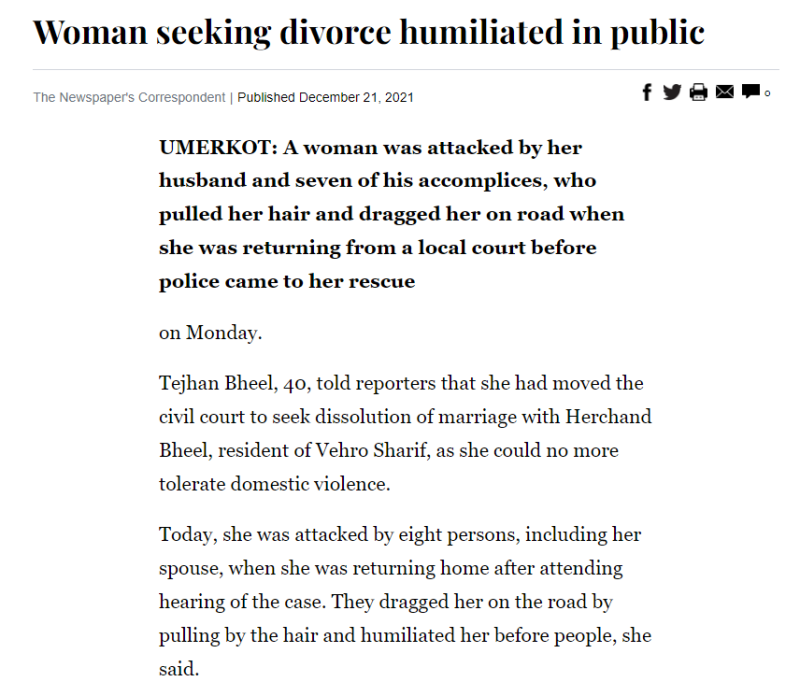 ‘The Pakistan Daily’ also reported the same incident stating that “A married woman who approached the court for dissolution of a marriage, has been dragged on a road when she was returning from court to her home, case registered against 7 persons.” 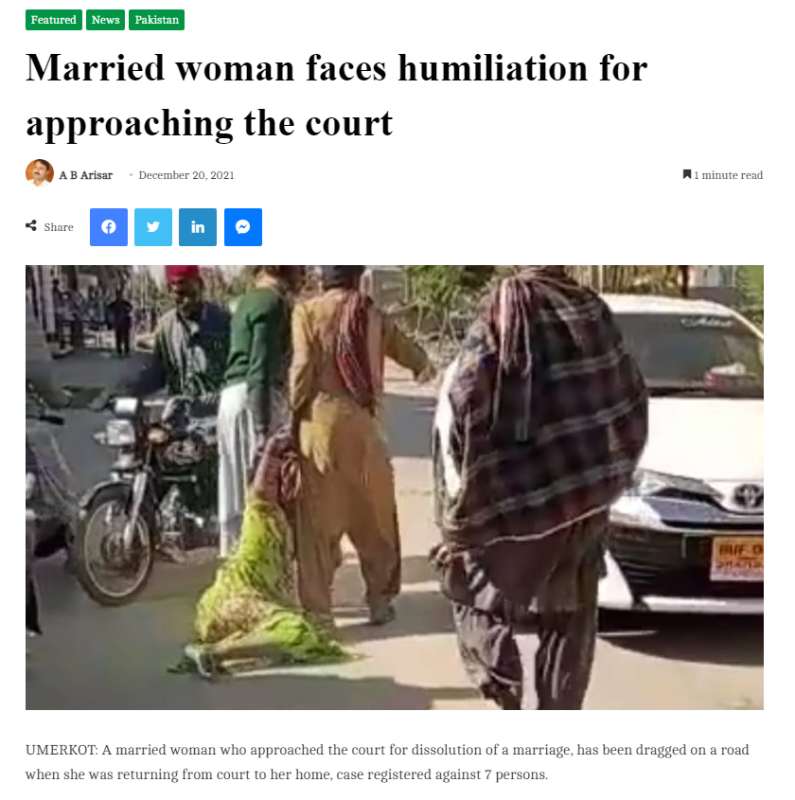 Thus, it is evident from the above information that a video of domestic violence is being falsely shared as that of abduction of a Hindu woman in Pakistan. Therefore, the viral claim is misleading.