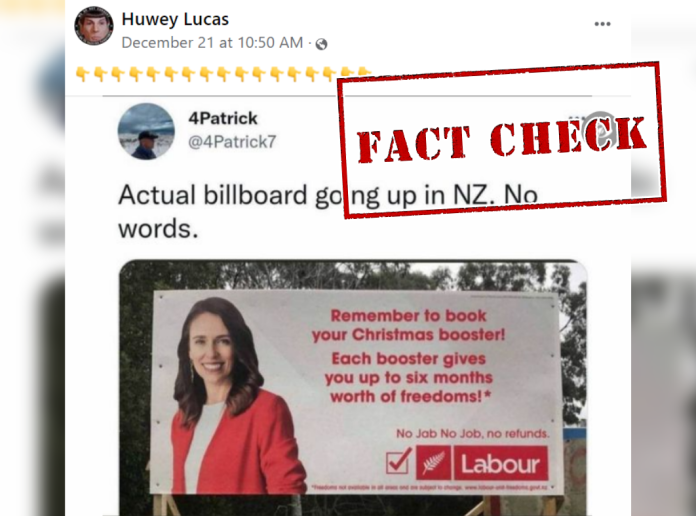 An image of a billboard with New Zealand Prime Minister Jacinda Ardern’s photo is being widely shared on social media. It is being claimed through this image that people who don’t take their COVID-19 vaccine will not be eligible for jobs in the country.

The text on the billboard reads, “Remember to book your Christmas booster! Each booster gives you up to six months worth of freedoms.No Jab No Job, no refunds.” 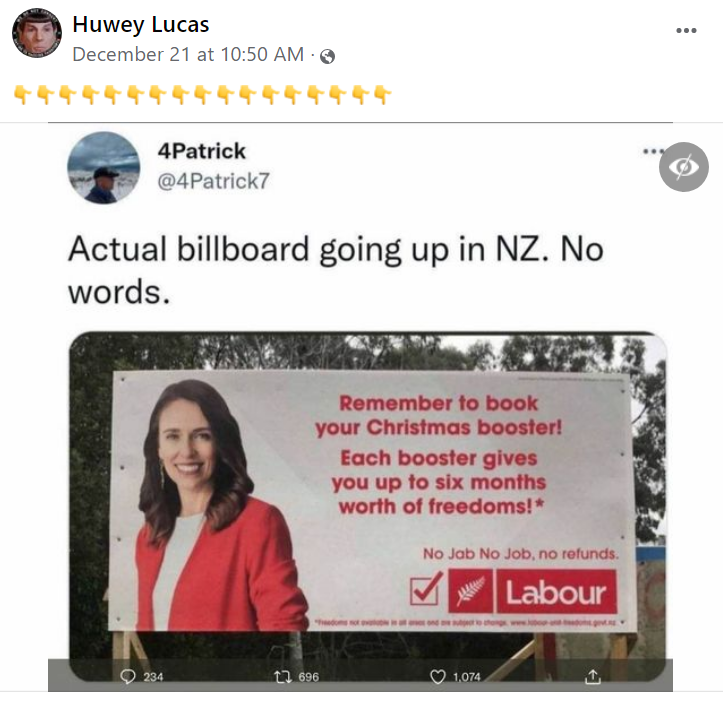 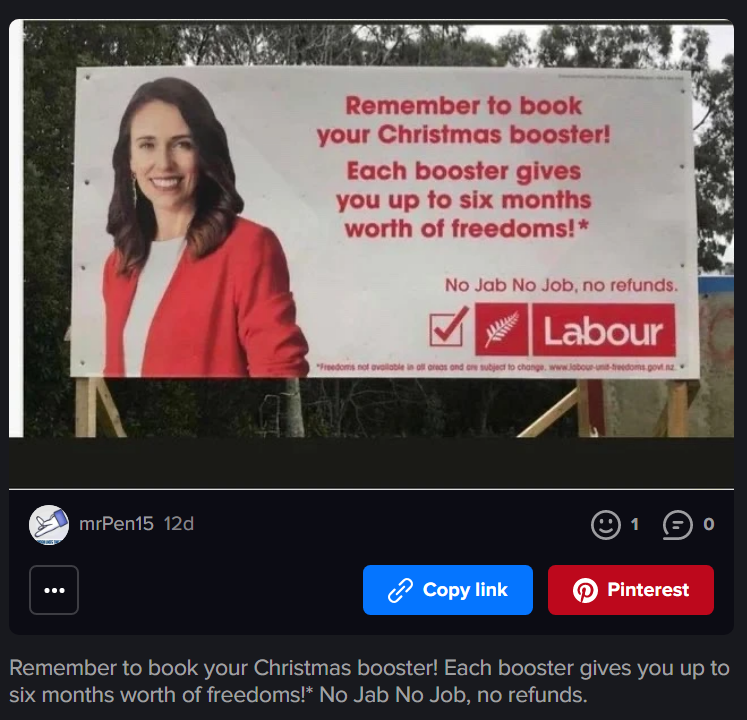 Further, we searched the web with the relevant keywords ‘Jacinda Ardern Billboard’ and found a similar image. 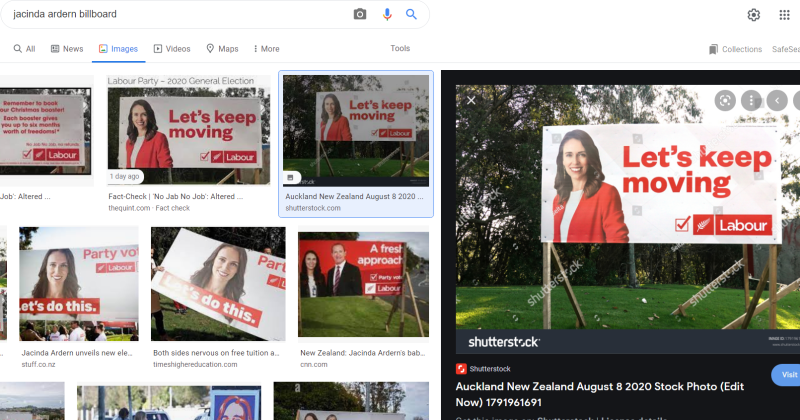 We found the original image uploaded on ‘New Zealand Elections Ads’ which “functions as an archive for students, researchers, and the public, allowing easy access to election ads so you can analyse them for your research.” 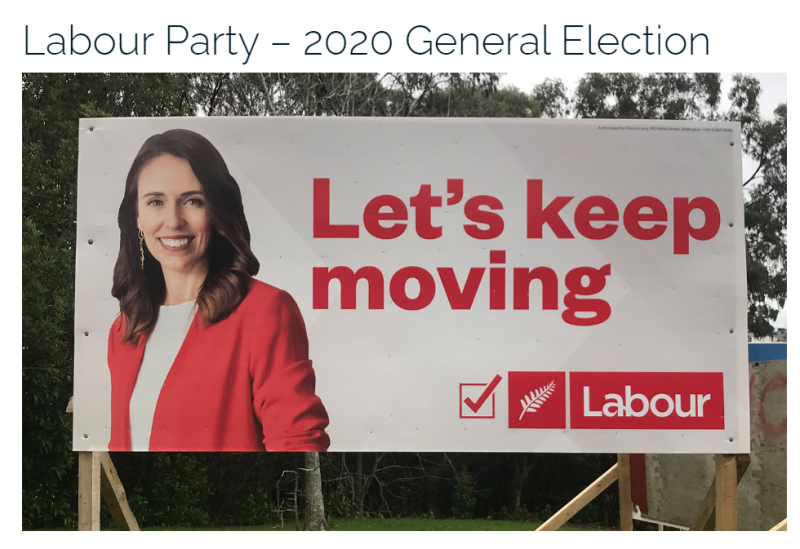 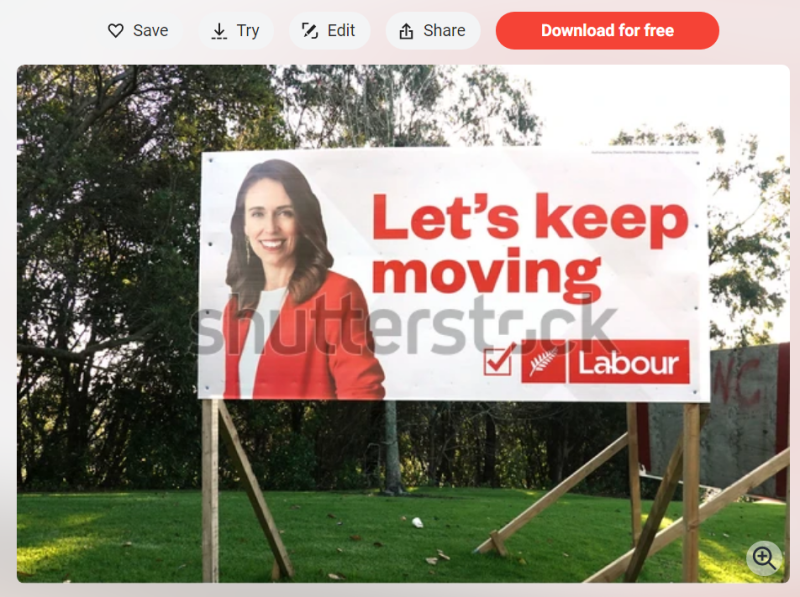 Thus, it is evident from the above information that the poster stating that ‘no jab no job’ with New Zealand’s Prime Minister’s photo is morphed.