Home Home Slider Fact Check: No, Election Commission Has NOT Announced Dates For Upcoming UP... 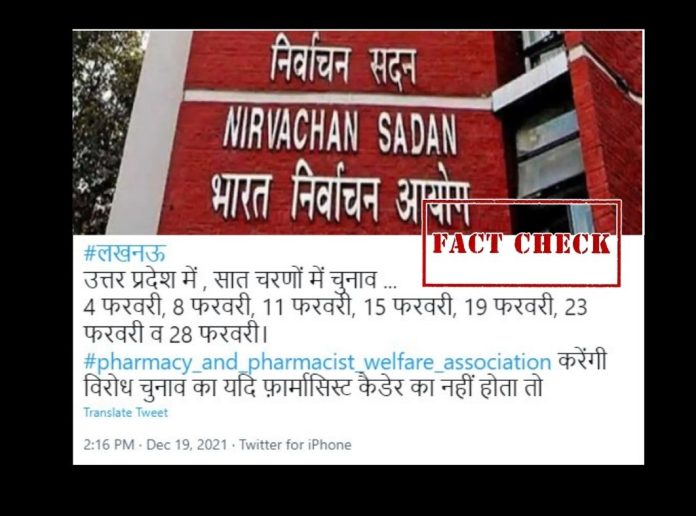 Ahead of Uttar Pradesh assembly elections in early 2022, a claim is being widely shared on social media platforms about the date of the polling. As per the post, voting in UP will be held in multiple phases – February 4, February 8, February 11, February 15, February 19, February 23, and February 28. 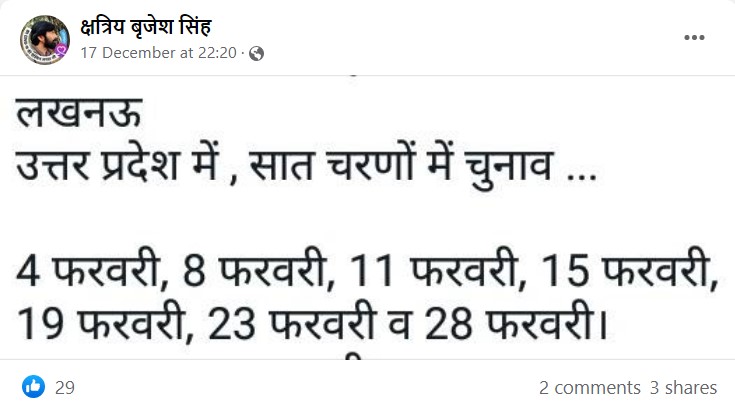 The same message is also doing rounds on Twitter. 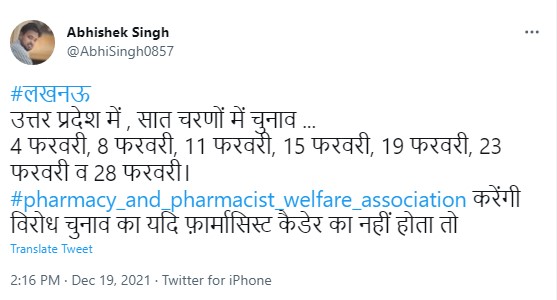 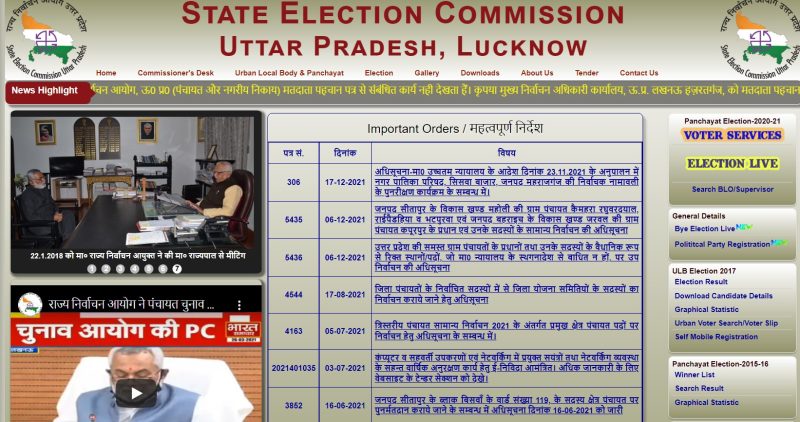 On checking further, we found a report published on December 18, 2021, according to which, Election Commission had intensified preparations for UP elections slated for 2022, and the dates for assembly elections in UP and Uttarakhand will most probably be announced after January 5. 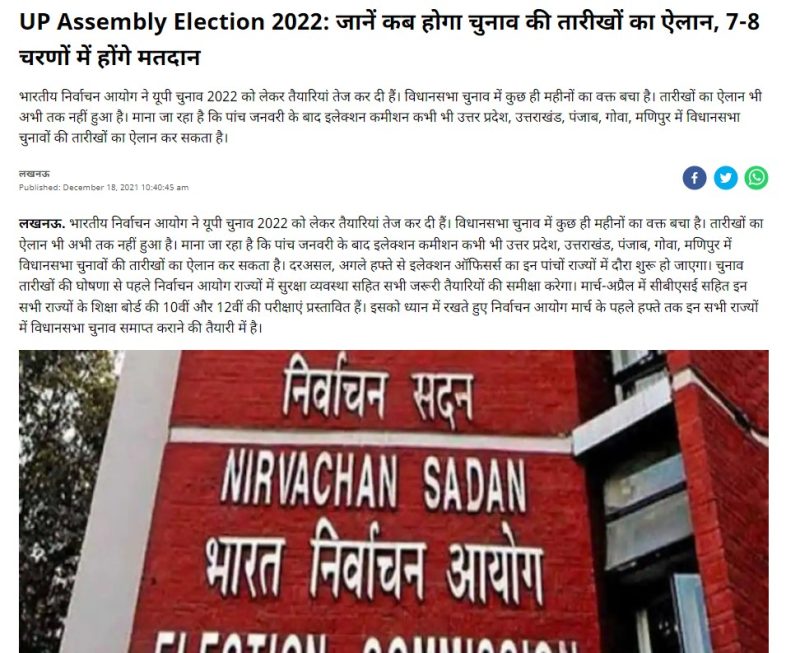 Therefore, dates for UP assembly elections being circulated on social media are fake.