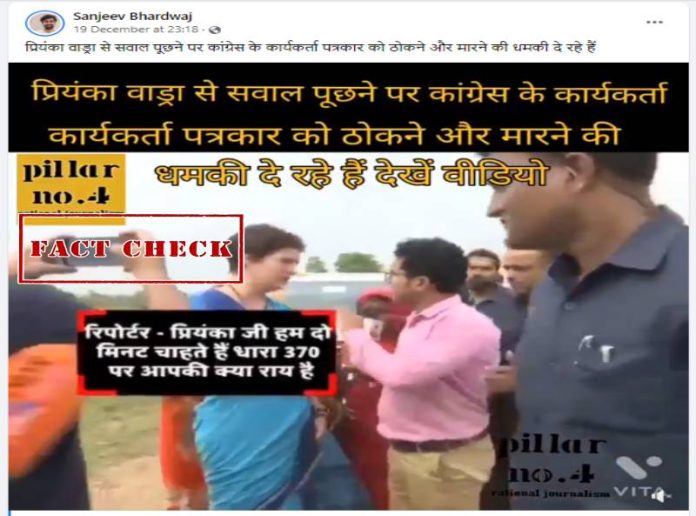 On December 18, 2021, Congress leaders Rahul Gandhi and Priyanka Gandhi Vadra held a padyatra in Amethi, Uttar Pradesh, targeting the Centre on multiple counts including inflation. In this backdrop, a video is being widely shared online in which a Congress supporter can be seen abusing a journalist while he tries to question Priyanka. The man in the video is heard saying that he will beat up the reporter.

The caption of the video insinuates that the video is from Priyanka’s recent Amethi rally. The video is being shared with a caption that reads, “प्रियंका वाड्रा से सवाल पूछने पर कांग्रेस के कार्यकर्ता पत्रकार को ठोकने और मारने की धमकी दे रहे हैं.” (English translation: A reporter was heckled by Congress supporters for asking questions to Priyanka Vadra.) 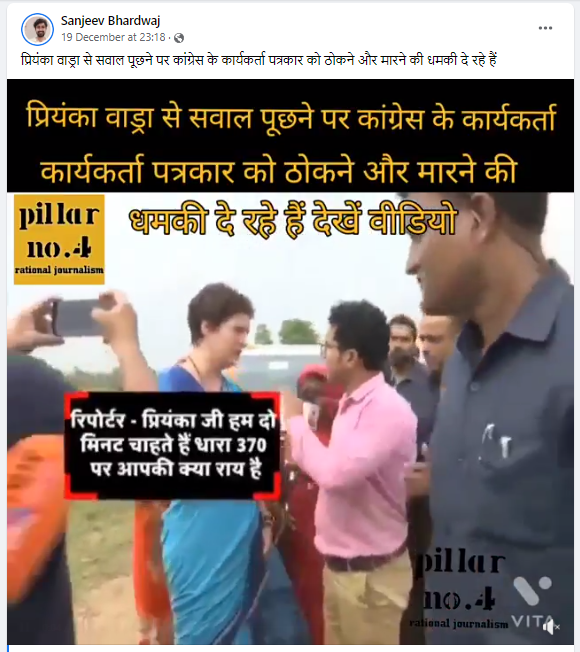 On searching with the keyword ‘reporter heckled by congress supporter, Amethi’, we found that the same video was uploaded by a Twitter user on August 13, 2019. The video was shared with the caption that read, “ABP Ganga reporter heckled, abused, threatened in front of Priyanka Gandhi Priyanka appreciated stooge Ravish for Magsaysay, but journalists who deserve awards are misbehaved and she keeps watching. Ravish won’t turn NDTV’s screen Black, as party is Congress.” 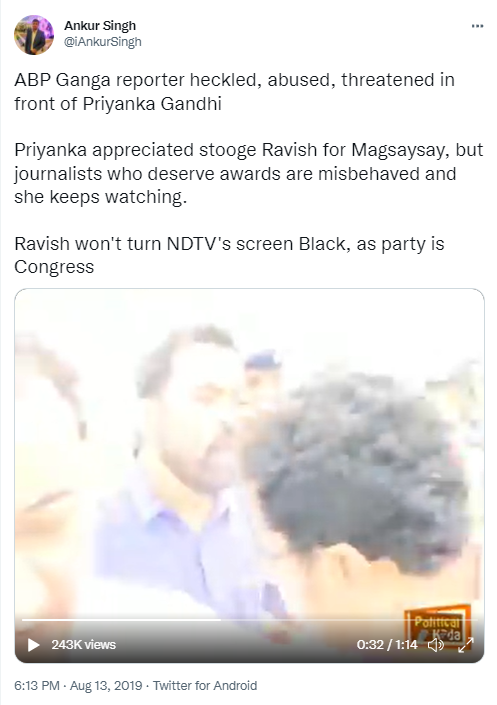 We searched further and found that the same video was uploaded by ABP Live on its YouTube channel on August 13, 2019. The report was shared with a title that reads, “Priyanka Gandhi Supporters Heckle ABP News Journalist When Asked About Article 370.”

Hence, we can ascertain that the news report is old and is not associated with her recent visit to Amethi.