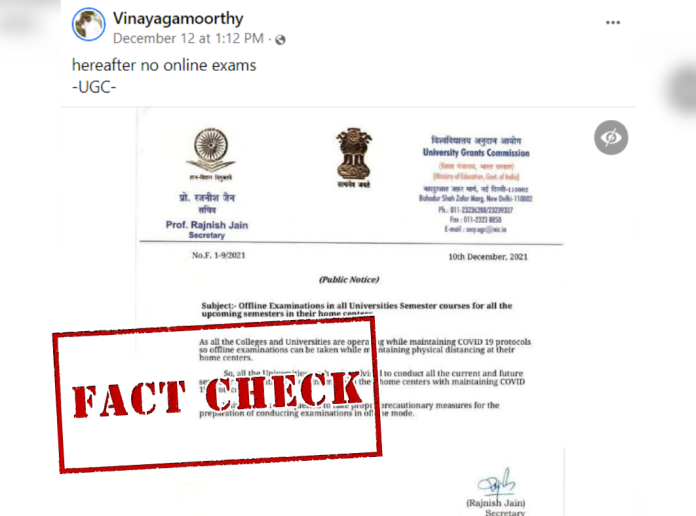 The notice is being shared on Facebook with the caption, “Hereafter no online exams, UGC.” 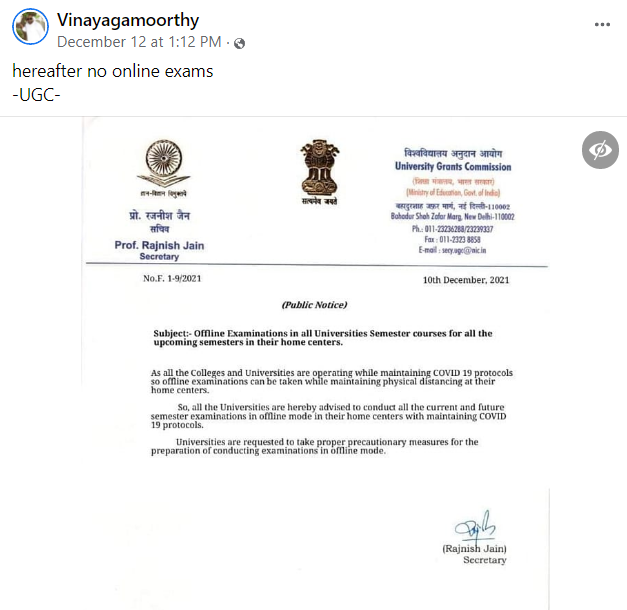 Starting with our investigation, we searched the official website of UGC but could not find any such notice directing universities to conduct offline exams.

Searching further, we found a notice dated December 13,2021, in which it was clarified that the notice seen in the viral post is fake and the UGC has not issued any such directive. 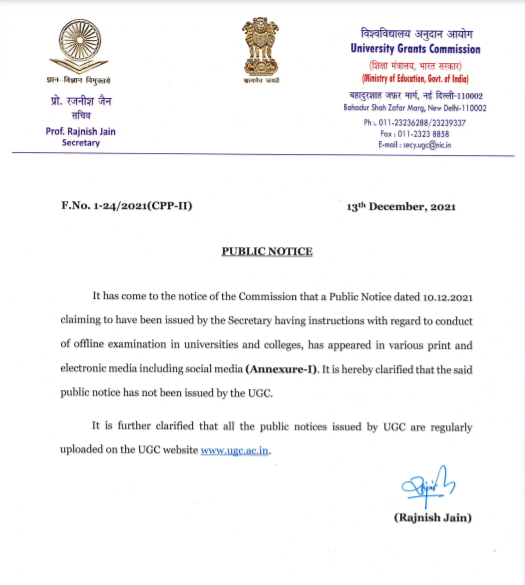 We also checked the official Twitter handle of UGC and there also it was clarified that the viral public notice issued in the name of UGC is fake.

During our investigation, we also found a tweet by PIB Fact Check in which it was also stated that the viral notice is fake.

A public notice regarding offline examinations in universities is circulating on social media & claims to be issued by @ugc_india#PIBFactCheck:
➡️This public notice is #FAKE!
➡️University Grants Commission has NOT issued any such notice.

Thus, it is evident from the above information that UGC has not issued the viral notice directing all universities to conduct offline examinations. Therefore, the viral claim is false.