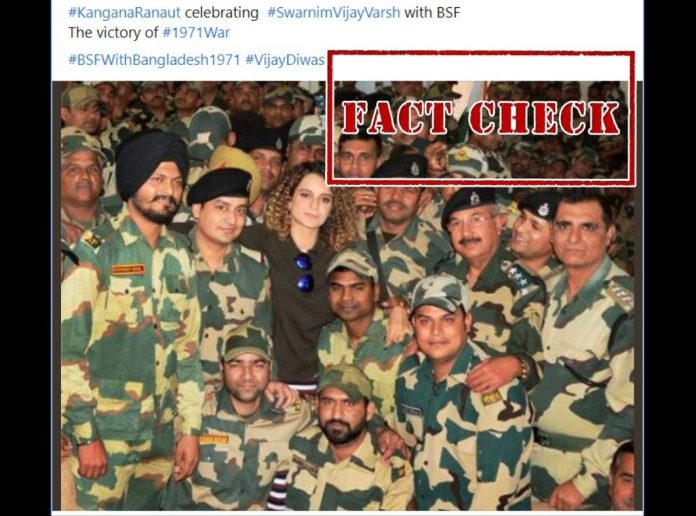 Vijay Diwas is celebrated each year on December 16 to mark India’s victory against Pakistan in the 1971 war. On this day, chief of the Pakistani forces Gen Amir Abdullah Khan Niazi surrendered to the joint forces of Indian Army and Bangladesh’s Mukti Bahini along with 93,000 Pakistani troops.

In this backdrop, a photograph has surfaced on social media platforms showing actor Kangana Ranaut sitting with BSF jawans with a claim that she celebrated Vijay Diwas with BSF jawans this year.

A Facebook user shared the image with the caption, “#KanganaRanaut celebrating #SwarnimVijayVarsh with BSF. The victory of #1971War #BSFWithBangladesh1971 #VijayDiwas.” 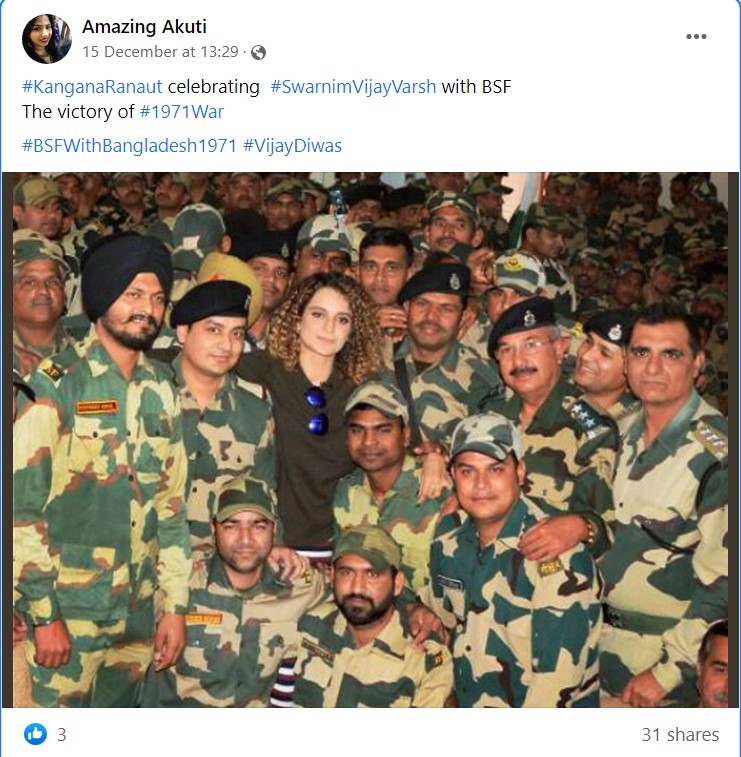 The image is also doing rounds on Twitter with the same claim.

NewsMobile fact-checked the viral claim and found it to be shared with a misleading claim.

With the help of Reverse Image Search, we found several images from the same event in a news report by Navodaya Times published on September 2, 2017. 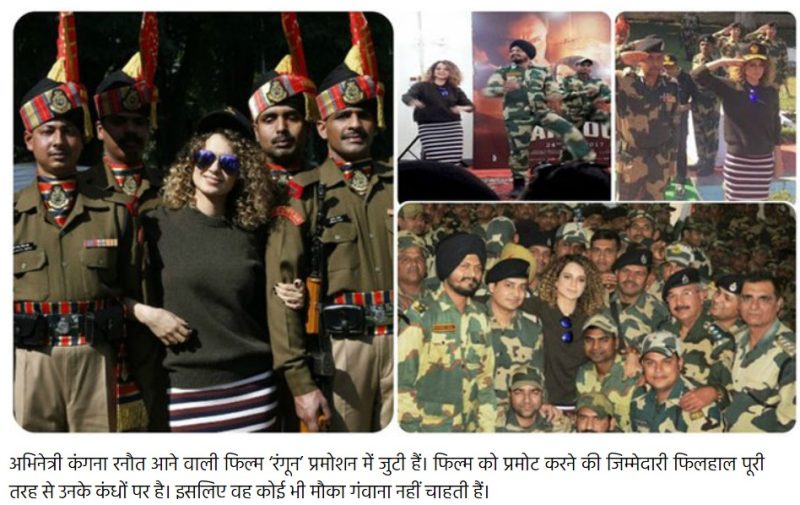 On further checking, we also found a video news report by The Indian Express uploaded on YouTube. The report carried the same viral visuals with a description that she was promoting her film Rangoon at an Army camp in Jammu.

Therefore, an old image from 2017 is being falsely shared to suggest that Kangana Ranaut celebrated Vijay Diwas with BSF jawans