What Are NFTs And How Do They Make People Rich | Newsmobile
Wednesday, August 17, 2022 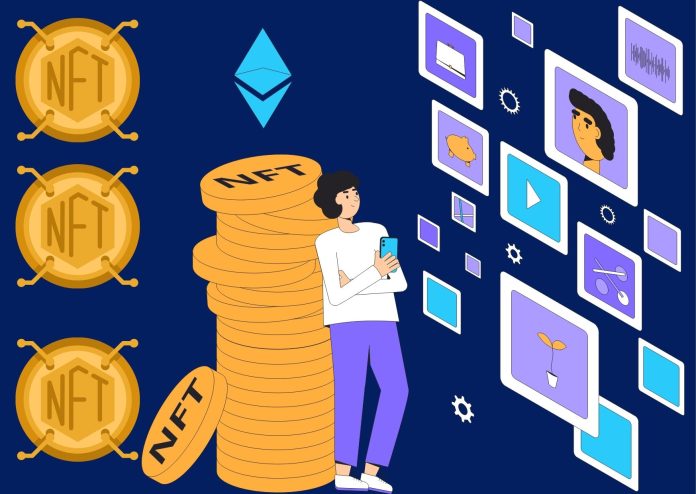 Not even a single day goes by when we don’t hear words- blockchain, token, and NFT.  However, one of these stands out because it is making people millionaires and many of us don’t quite know-how. You guessed it right, it’s NFT.

At present, NFTs are polarizing and people are divided on the tech- some term it as nothing more than a hoax but some can bet their life savings on it believing, that in near future, owning NFTs can be a social status in the crypto community, just like a Rolex or a Lamborghini.

However, before talking about NFTs, it is important to understand what are blockchains.

Blockchain is a technology to store data electronically in digital format in a distributed database that is shared among the nodes of a computer network. (Nodes are electronic devices that maintain copies of the blockchain and keep the network functioning)

As the name suggests, these blocks of information are chained in chronological order. A block in a block consist of basically 3 elements- DATA, HASH, and ENCRYPTIC HASH of the previous block. This data structure makes an irreversible timeline of data when implemented in a decentralized nature. Each block in the chain is given an exact timestamp when it is added to the chain.

The goal of blockchain is to allow digital information to be recorded and distributed, but not edited as the ledger is maintained by thousands of computers around the world. 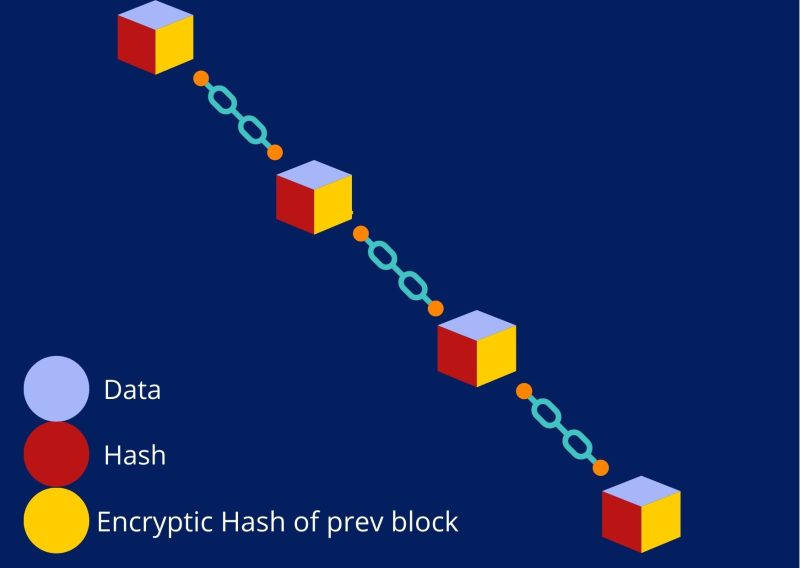 NFT stands for Non Fungible Tokens. In economics jargon, a fungible asset is anything that can be replaced or interchanged, like a Rs 500 note or a 250 ml bottle of Coke with another bottle.

In a similar way, anything non-fungible is ‘one-of-a-kind’, like a painting such as the Mona Lisa or your first ever drawing that you made when you were 4.

So, NFTs are “one-of-a-kind” assets  (such as drawings, music) in the digital world that can be bought and sold like any other piece of property, but which have no tangible form.

What’s the need for NFT

Would the painting of the Mona Lisa be as unique as it is now if the Italian artist Leonardo da Vinci had made 1000 other exact copies of it? The answer is a simple, NO!

Now, maintaining the singularity or uniqueness of digital files is almost impossible as they can be easily and endlessly duplicated. But with NFTs, these digital assets can be “tokenized” to create a digital certificate of ownership by maintaining a record on the blockchains.

Therefore, the uniqueness and ownership of a digital asset can be maintained with NFTs that can further be bought and sold.

How do NFTs work

NFTs are part of the Ethereum blockchain. Wait..What’s Ethereum now?

Ethereum is a cryptocurrency, like bitcoin but its blockchain also supports these NFTs, although some other blockchains support them as well.

This technology allows artists and content creators to directly sell their assets to the consumer as an NFT. NFTs can also have smart contracts wherein they can have royalties of sales whenever their art is sold to a new owner.

How are NFTs making people millionaires

Well, this is the most interesting part.

Not only this, Twitter’s founder Jack Dorsey sold an NFT of his first-ever tweet for over $2.9 million. But why are people shedding out millions for JPEGs or a gif that still can be copied and shared countless times?

First and foremost, because, NFT investors see long-term value in them and believe their values will appreciate over time and also in cryptocurrency, as NFTs are traded through it.

It is still not certain as to what is driving people to shed out millions on JPEGs. One of the reasons could be because this technology is a revolution and it is the first time when we can own something on the internet.

Also, NFTs are partly driven by FOMO (fear of missing out) and their prices are mostly determined by shared sentiments. In a way, it is creating artificial scarcity so that it can be sold for higher prices.

The ‘metaverse’ projects of tech giants have also fueled a boom in the industry as this technology might have widespread applications in virtual reality environments.

But as mentioned before, NFTs are polarizing and people are still divided on the tech. And it wouldn’t be wrong to say that only time will tell if NFTs will hold the value of a Picasso’s painting or a pet rock.