Fact Check: Did Mayawati Say She Will Defeat Samajwadi Party Along With BJP? Here’s The Truth | Newsmobile
Friday, December 2, 2022

Home NM FACT CHECKER Fact Check: Did Mayawati Say She Will Defeat Samajwadi Party Along With... 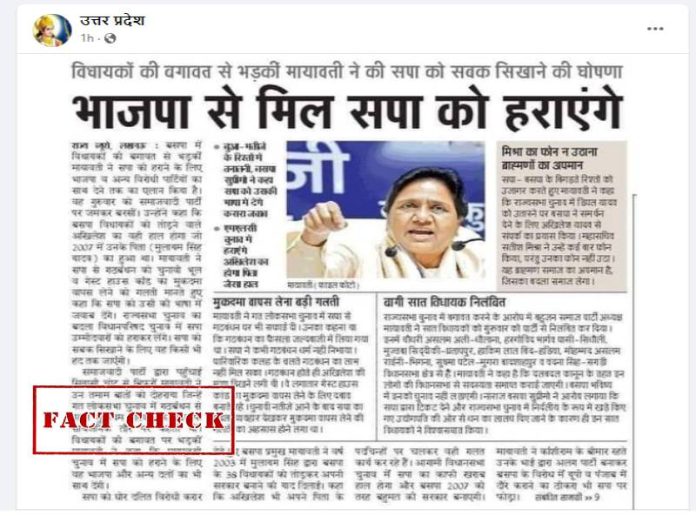 Assembly elections are due in Uttar Pradesh in 2022. In this backdrop, a newspaper clip has gone viral on social media which claims that Bahujan Samaj Party supremo Mayawati is going to support BJP to defeat the Samajwadi Party. 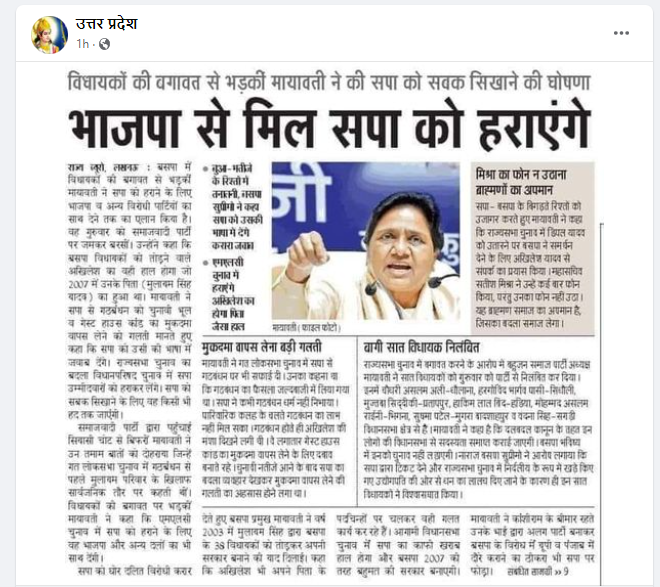 On doing a keyword search, we found that the same news clip had been uploaded by a website Sanchaan Chitran on October 30, 2020. The content was titled, “सपा को सबक सिखाएंगे – भाजपा से मिल सपा हराएंगे : मायावती” (English translation: “Will teach a lesson to SP-will support BJP to defeat SP: Mayawati.”) 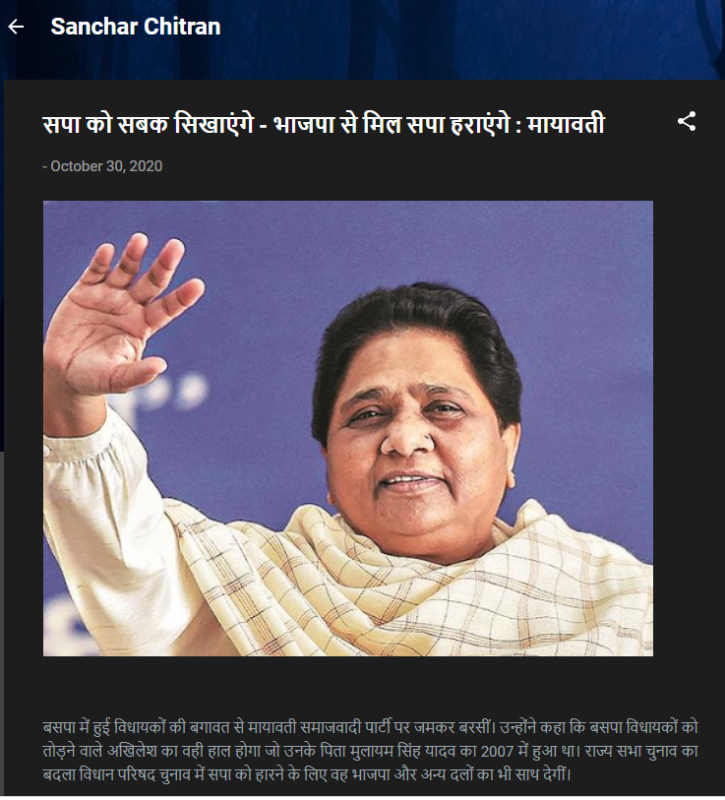 Taking a hint we searched with the same keyword by restricting the date setting, and found a report published by The Times of India on October 30, 2020, with the title that read, “Will support even BJP to defeat SP, says Mayawati.” The report said that Mayawati hit out on an open rebellion from party MLAs and rubbished allegations that she had fielded a candidate for Rajya Sabha elections with support from BJP. She said, “SP will win one seat on its own but we will do everything in our power to ensure that it does not win the second seat. We will support anyone, including BJP, who can defeat its candidate.” 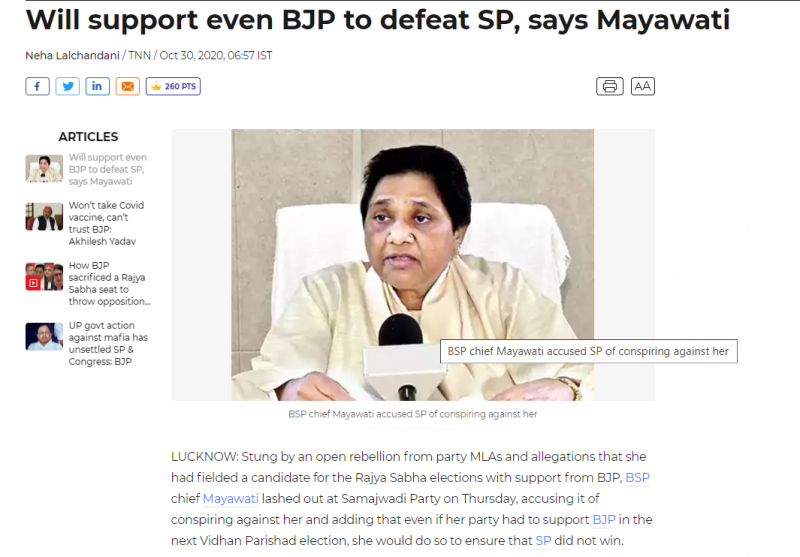 The Hindu also reported about Mayawati suspending her MLAs who were rebelling against the party and ‘vowed to ensure the defeat of the SP candidate in the MLC polls in Uttar Pradesh, even if it meant that her party legislators would have to vote for the Bharatiya Janata Party (BJP).’

Hence, an old news clipping went viral on social media with misleading claim that Mayawati has announced her support to BJP for the upcoming UP Assembly Elections.