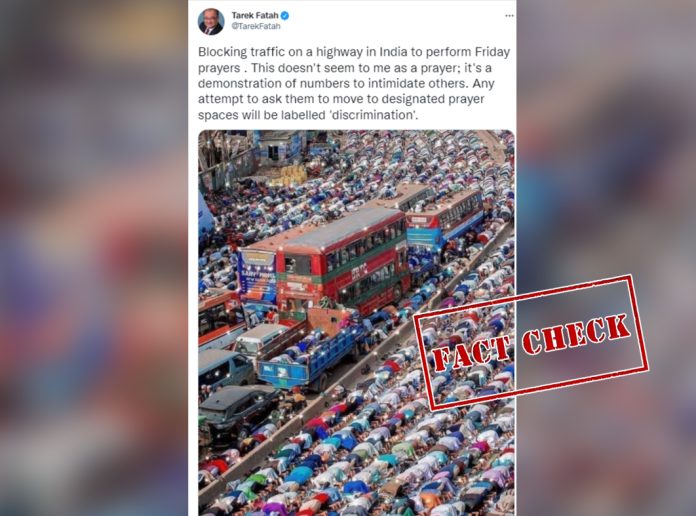 A photograph showing people offering namaaz on the roads is being shared on social media with a claim that it is from India.

Social media users are sharing the image with the caption, “Blocking traffic on a highway in India to perform Friday prayers . This doesn’t seem to me as a prayer; it’s a demonstration of numbers to intimidate others. Any attempt to ask them to move to designated prayer spaces will be labelled ‘discrimination’.- Tarek Fatah.” 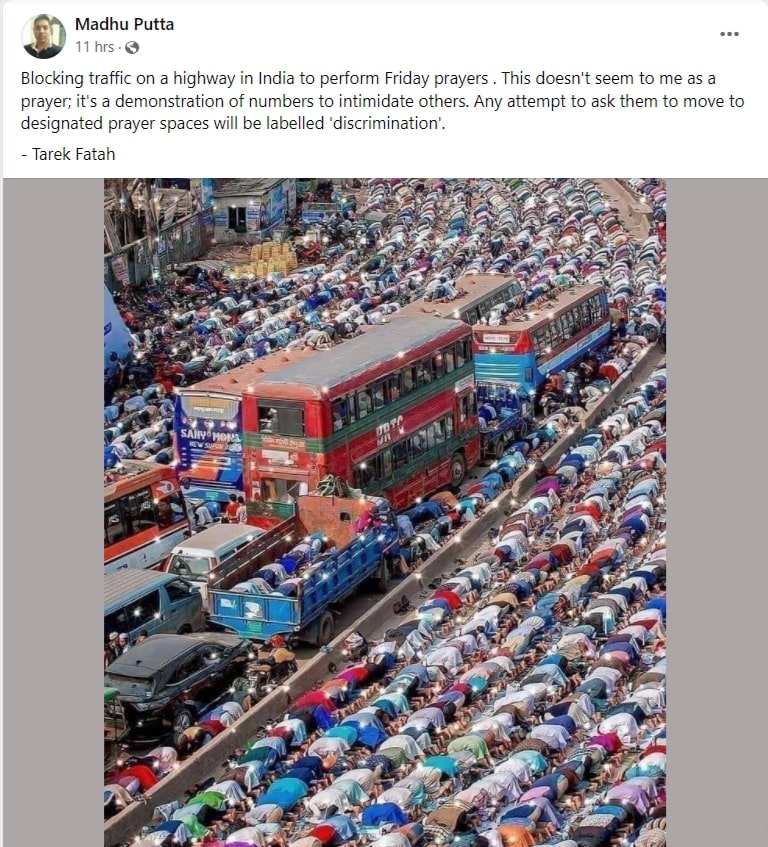 The image was originally shared by Pakistani-Canadian author Tarek Fatah on his official Twitter handle. He has incidentally shared multiple misleading posts in the past as well. 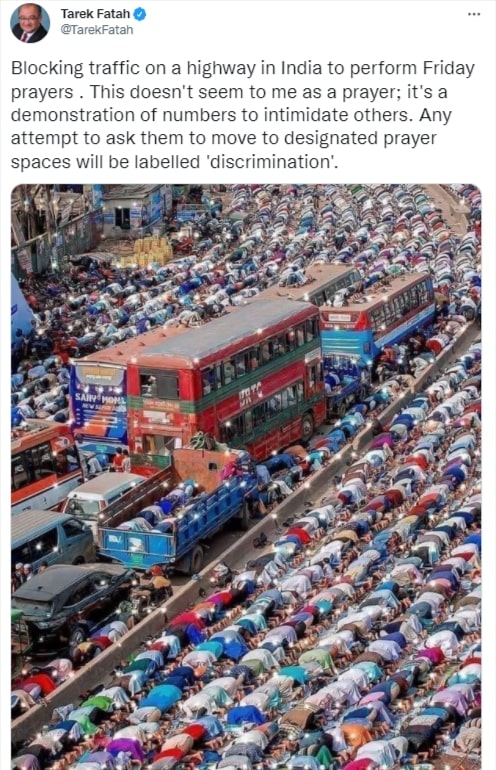 NewsMobile fact-checked the post and found that the image is NOT from India.

While checking comments on Tarek Fatah’s post, we found a tweet by a user named Dr Ketan Gandhi saying that the image is from Bishwa Ijtema Annual Gathering at Dhaka in Bangladesh.

“This is Bishwa Ijtema Annual Gathering, Dhaka, Bangladesh. Social Media is a dangerous place. Need to be doubly sure about the authenticity before postiong. One more for reference,” he tweeted. 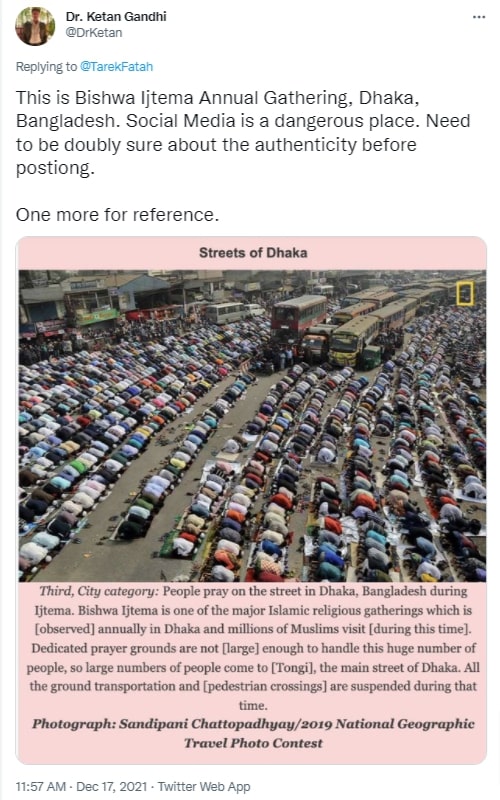 Moreover, while looking at the viral image carefully, we found ‘BRTC’ written on side of the bus. 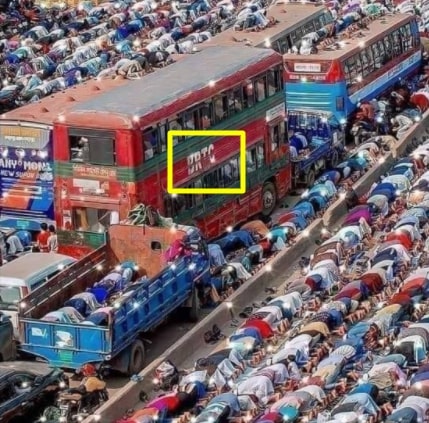 Taking a cue from the above information, we ran another search and found that BRTC stads for Bangladesh Road Transport Corporation. 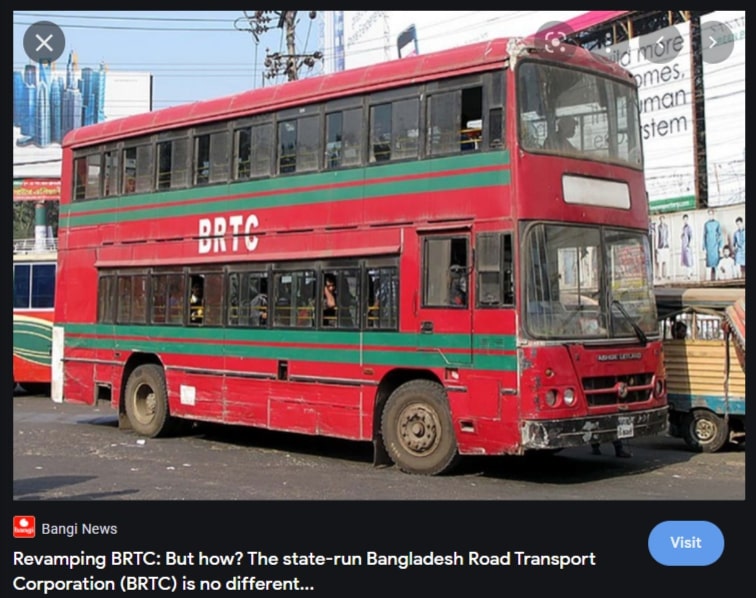 Then a Reverse Image Search on the viral picture led us to the blog post by a photographer, Ratul Dhar, where the same image was published. “iztema-1-3, ” the picture was captioned. The gallery also had a wider view of the same location.

Ratul Dhar is a travel, documentary and wedding photographer based in Bangladesh. 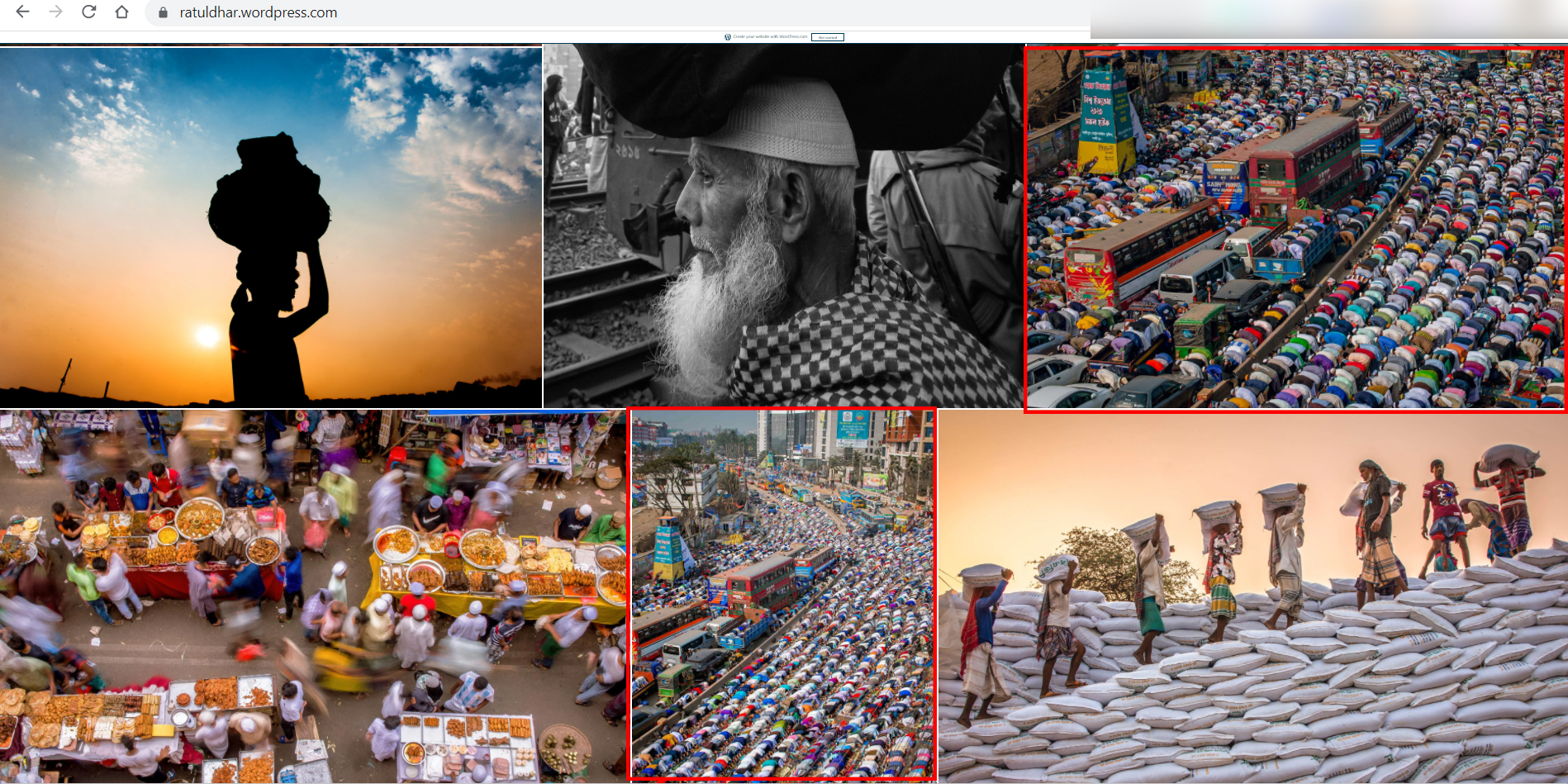 He posted the same image on his Facebook and Instagram page as well with the caption, “A picture taken by me, World Ijtema 2019.” 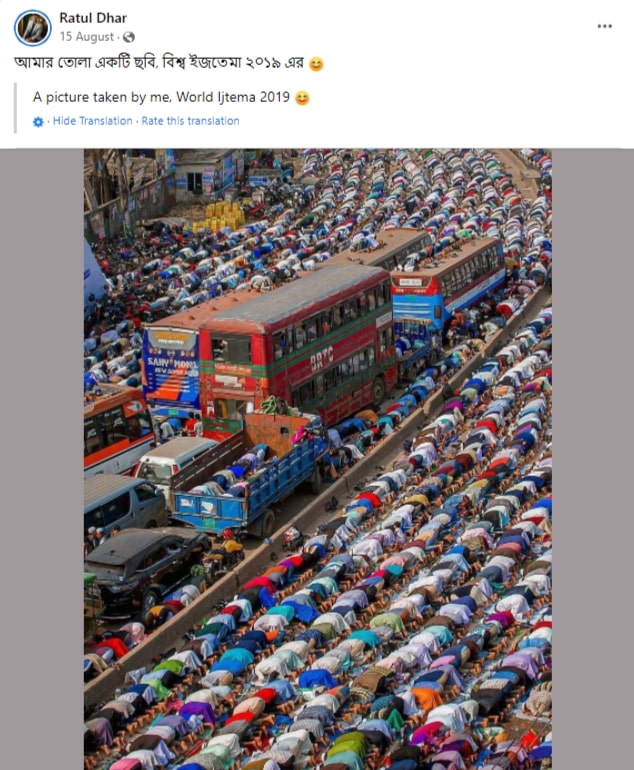 NewsMobile also reached out to Ratul Dhar, who confirmed to us that the picture was taken by him in Bangladesh.

Hence, from the above information, it is clear that an old image from Bangladesh is being falsely shared as being from India.