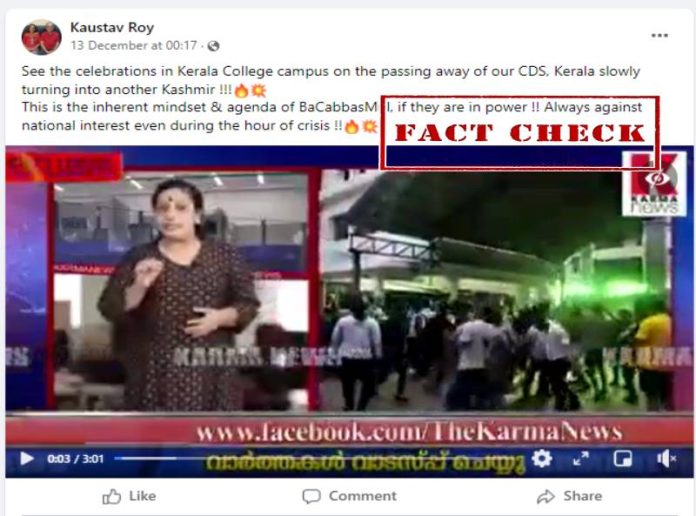 Chief of Defence Staff Gen Bipin Rawat, his wife Madhulika Rawat and 11 others died after the Mi-17V5 helicopter they were travelling in crashed in Tamil Nadu on December 8, 2021.

In this backdrop, a video of college students partying is widely being shared on social media with a claim insinuating that they belonged to the particular community and were celebrating CDS’ death. The video is being shared with a caption that reads, “See the celebrations in Kerala College campus on the passing away of our CDS, Kerala slowly turning into another Kashmir !!! This is the inherent mindset & agenda of BaCabbasMul, if they are in power !! Always against national interest even during the hour of crisis !!” 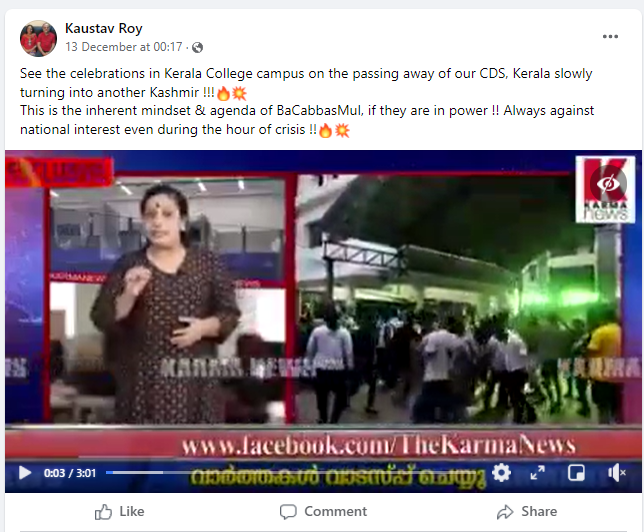 We searched with keywords, “Kerala College campus, passing away of our CDS” and found the story was reported by The News Minute on December 14, 2021. The report shared the screenshot of the viral video with the title that read, “TN college complains against news portal for claiming students celebrated CDS Rawat death.”

The report mentioned that the viral video was a clip made by a Tamil news channel, Karma News, which accused students of Coimbatore-based Nehru Group of Institutions of celebrating CDS Rawat’s death.

However, a Press Release by the college refuted the viral claim and called it baseless. The release said, “The celebrations were part of the Fresher’s Day events that had taken place on December 7, a day before the chopper crash.” The group added that they were taking legal action against Karma News. 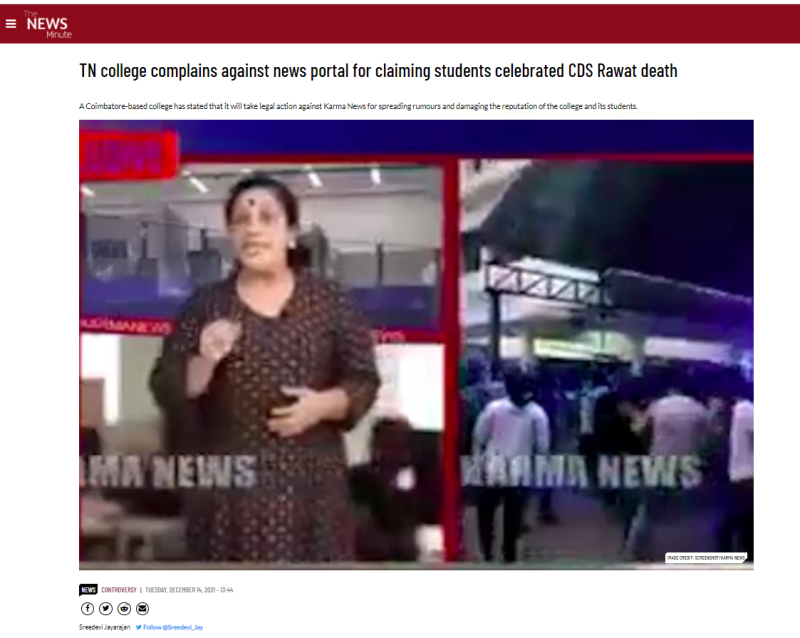 We further found that Punjab News Express had also covered the incident and quoted a senior officer with the Coimbatore Police who refuted the viral claim. He told, “It is totally fake news and how can someone air such news depicting students of a particular community celebrating the death of the General and others in the crash. It would lead to communal polarisation and stringent action will be taken against the channel office-bearers.”

Hence, we can ascertain that a video of students celebrating Freshers’ Party is widely being shared with a false communal angle accusing people of a particular community were celebrating CDS Gen Rawat’s death.