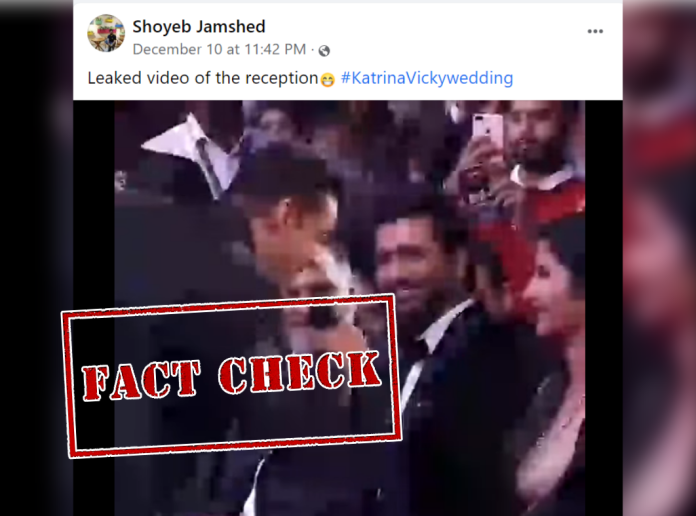 A video in which Salman Khan can be seen dancing to ‘Na Main Apna Raha, Na Kisi Aur Ka’ song from his film ‘Kick’ is being widely shared on social media with a claim that is from actors Katrina Kaif and Vicky Kaushal’s wedding at Sawai Madhopur.

The video is being shared on Facebook with the caption, “Leaked video of the reception #KatrinaVickyWedding.” 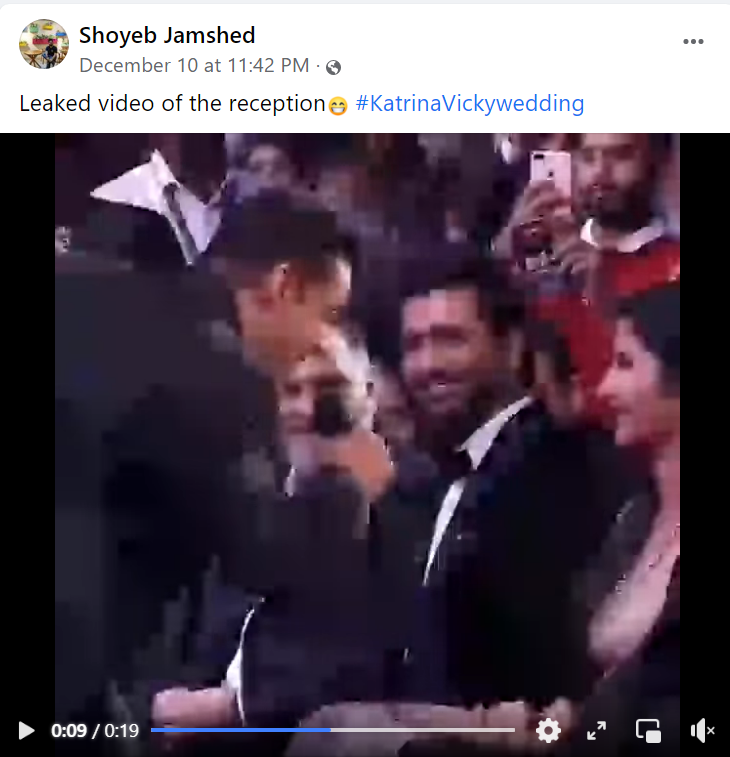 Using the InVid tool, we extracted keyframes from the video and performed a Reverse Image Search. This search directed us to a YouTube video uploaded two years back that carried similar visuals. The video description read, “The IIFA awards show 2019. Salman Khan singing.” 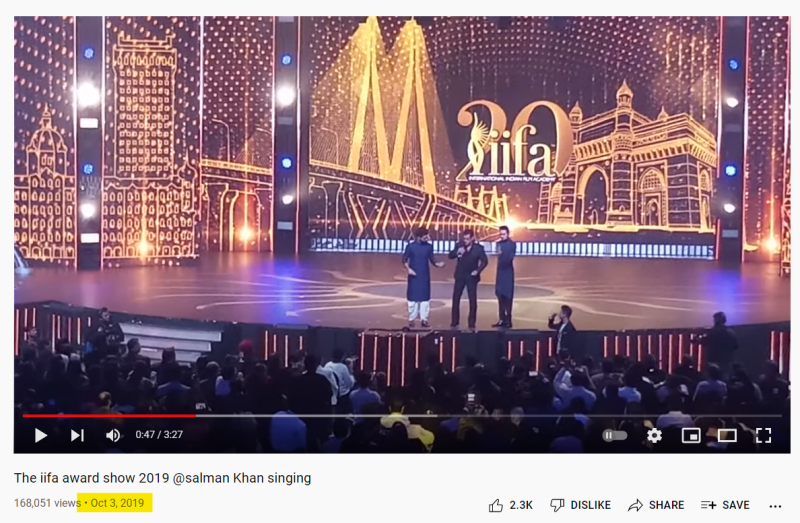 Taking a cue from this, we searched and found the same video uploaded on the official Facebook page of IIFA on October 14. The video description read, “Salman Khan drove the audience crazy with his amazing performance during IIFA 2019 which was held in Mumbai, India.” The viral video can be seen from 1:56 seconds.

Searching further, we found a news report published by India.com on October 21, 2019, that carried key highlights of IIFA 2019. The article read, “One of the most remembered moments of the night remained Salman Khan performing on his hit numbers. He began his performance by crooning to ‘Tu Hi Tu Har Jagah’ and slowly walked off the stage towards Katrina Kaif who was sitting in the front row. He stopped in front of her, looked at her and completed the song. Truly one of the most romantic moments of the night!” 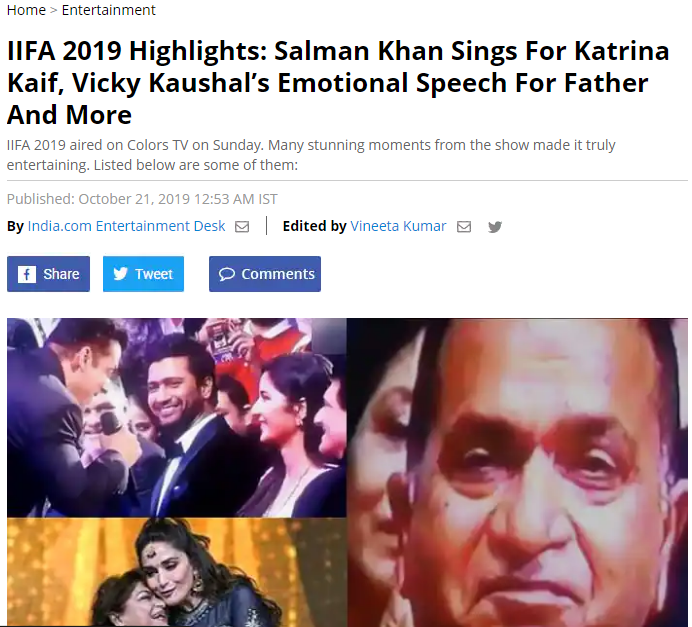 Moreover, a report published by India Today on December 8 stated that “Salman Khan’s stylist, Ashley Rebello, has revealed if the actor or any of his family members will be attending Katrina Kaif’s wedding. The actress is tying the knot with Vicky Kaushal tomorrow, December 9.”

Thus, it is evident from the above information that the viral claim is false.