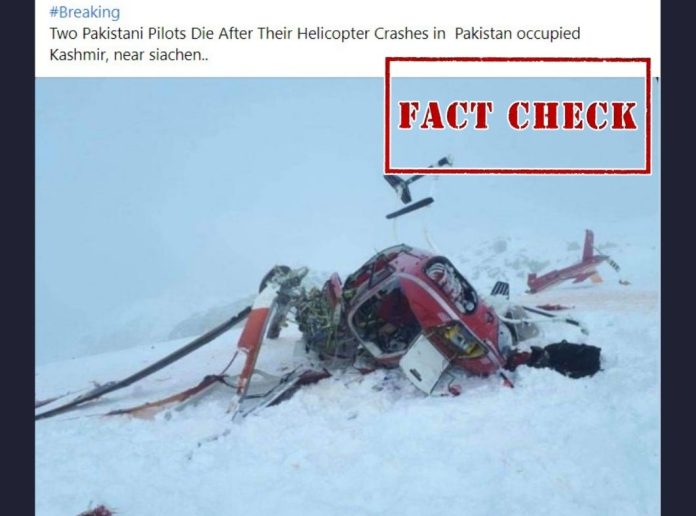 An image has surfaced on social media platforms showing remains of a crashed chopper on a snowy terrain with the claim that it shows a Pakistani Army helicopter crash which claimed lives of two pilots in Pakistan Occupied Kashmir (POK).

A Facebook user shared the image with a caption saying, “#Breaking Two Pakistani Pilots Die After Their Helicopter Crashes in Pakistan occupied Kashmir, near Siachen.” 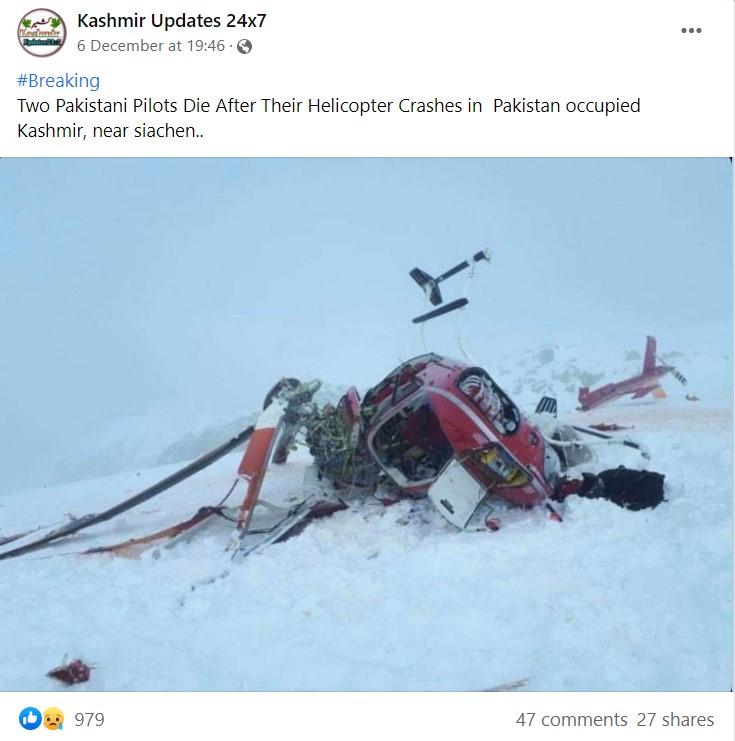 The image is doing rounds on Twitter with the same claim. 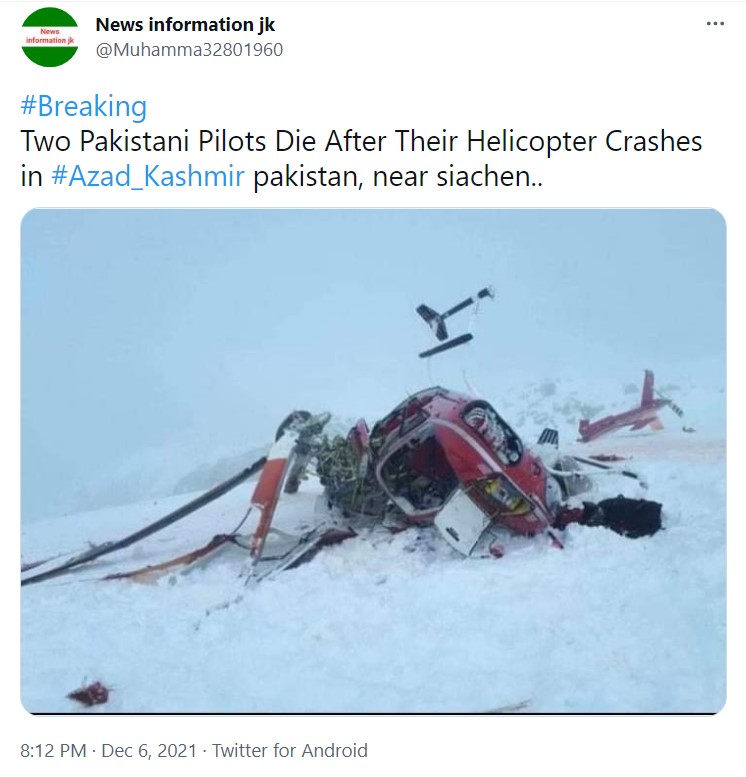 The image is going viral in the backdrop of a recent incident that took place on December 6 in which a Pakistani Army helicopter crashed due to bad weather in POK claiming lives of two two pilots on board.

NewsMobile fact-checked the viral image and found that it was being shared with a misleading claim.

With the help of Reverse Image Search, we found this image in a news report by ‘The Squamish Chief‘ dated February 27, 2020. The caption with the image read, “The aftermath of a Blackcomb Helicopters crash in the Callaghan on Monday, Feb. 24.” 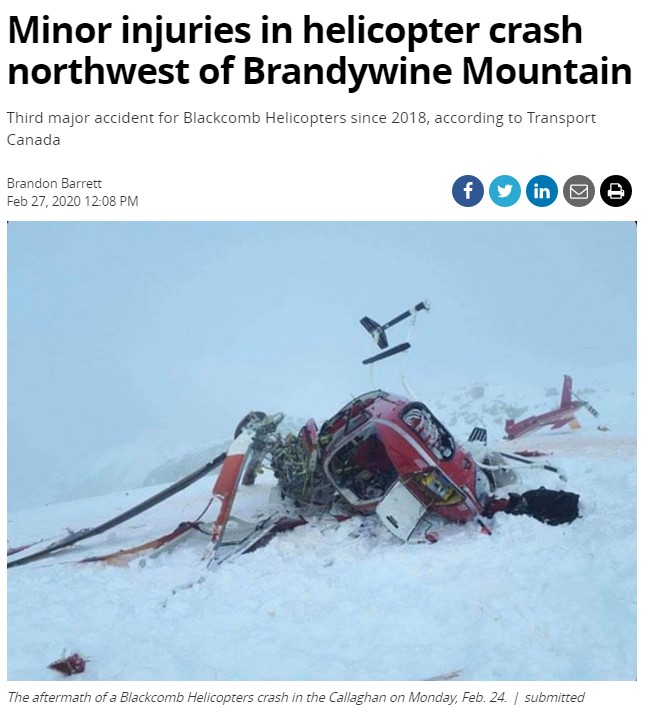 On checking further, we found multiple reports of the incident. As per reports, a helicopter crashed dramatically in the Callaghan Valley near Whistler in British Columbia on February 24, 2020. No fatalities were reported and all the six people on board escaped with serious injuries.

Two Pakistani Army aviation pilots were killed when their military helicopter crashed in POK close to the Siachen region on December 6.

The region is home to one of the highest battlefields in the world, with Pakistani and Indian troops deployed since 1980s. The Tribune also carried image of the crashed aircraft crediting it to Inter-Services Public Relations Pakistan.

Therefore, we can conclude that an image of a crashed helicopter in British Columbia in February 2020 is being falsely linked to the recent Pakistani Army helicopter crash in POK.