Home Home Slider Fact Check: No, This Video Footage Is NOT Of The Chopper Crash... 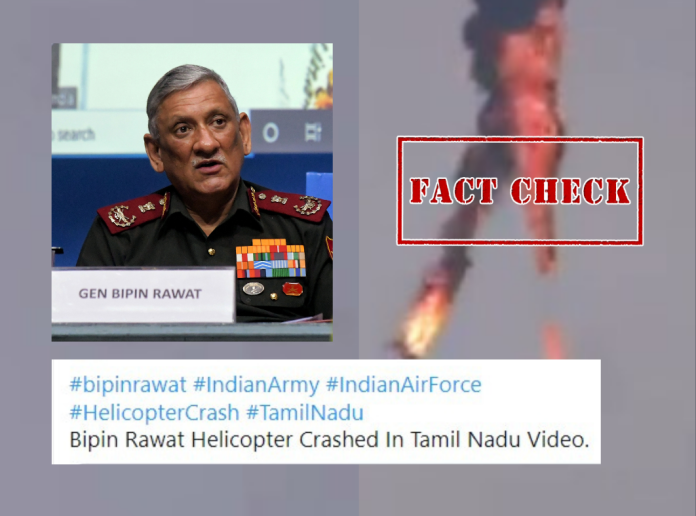 A Mi-17V5 helicopter crashed near Coonoor in Tamil Nadu on December 8, 2021. On board the ill fated chopper was Chief of Defence Staff General Bipin Rawat, his wife Madhulika Rawat and 12 other Defence personnel. Hours after the crash, Indian Air Force tweeted about the death of General Rawat, Mrs Rawat and 11 others. They were headed for Wellington from Sulur.

In this backdrop, a video started to widely circulate on social media platforms showing an aircraft crash with the claim that it is of the Tamil Nadu chopper crash. 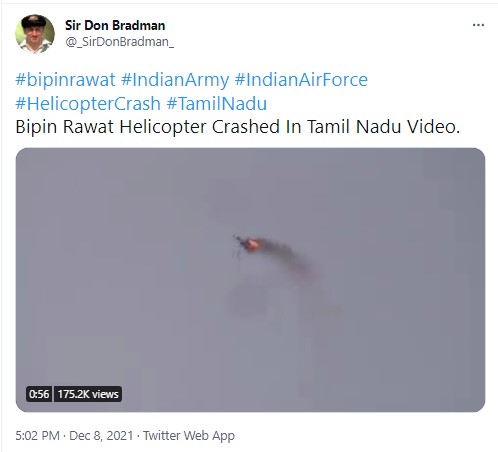 The video is also doing rounds on Facebook with the same claim. 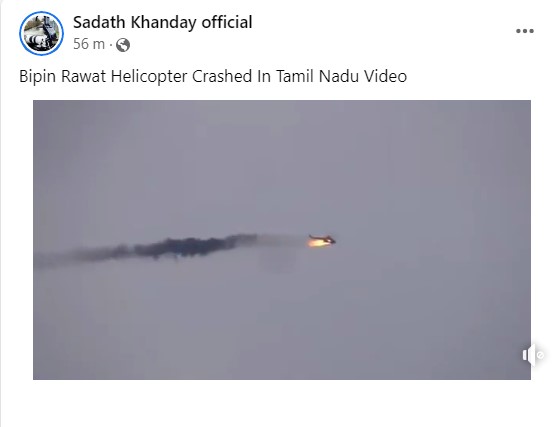 NewsMobile fact-checked the viral video and found out that it has been shared with a false claim.

With the help of Reverse Image Search using keyframes from the video, we found the same video tweeted on February 11, 2020, with a caption suggesting that it was of a Mi-17 utility helicopter of the Syrian Air Force which was shot down. Clearly, as the video has been in circulation since February 2020, it cannot be of the IAF chopper which crashed in Tamil Nadu. 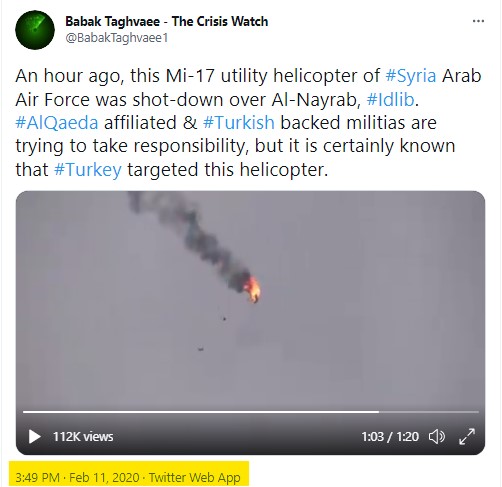 Taking a hint from this and on performing relevant keyword searches, we found that the same video had been carried in a news report by NBC News on February 12, 2020, with the caption, “Shocking video shows Syrian military helicopter shot down by rebels. Video shot by Islamist militants in Idlib province shows the burning wreckage of an Assad regime helicopter falling through the sky.” 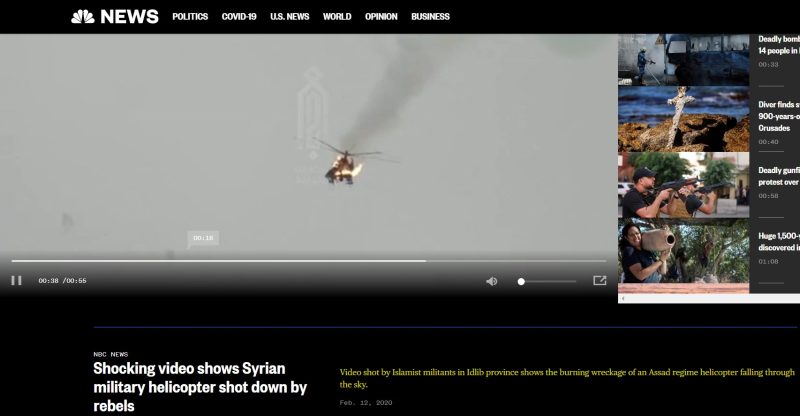 Below is the comparison between keyframes of the viral video and the one shared by NBC News, therefore, making it clear that both videos depict the same aircraft crash. 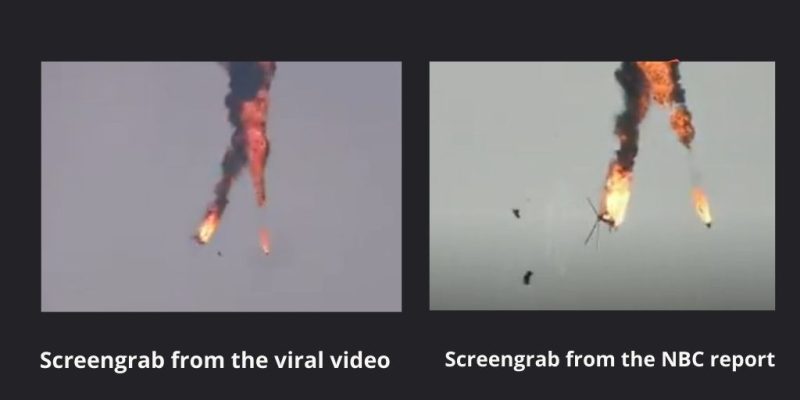 According to a Reuters report, the Syrian military helicopter was shot down in northwest Idlib province. The helicopter was downed south of Idlib city, where rebels supported by Turkish artillery were advancing near Nairobi in a bid to push back Russian-led forces, Abdulah al Shami, a commander in a coalition of mainstream rebel factions told Reuters.

Hence, it is clear that an old video from February 2020 showing a Syrian military helicopter crash is being falsely linked to the chopper crash which claimed Gen Rawat’s life.