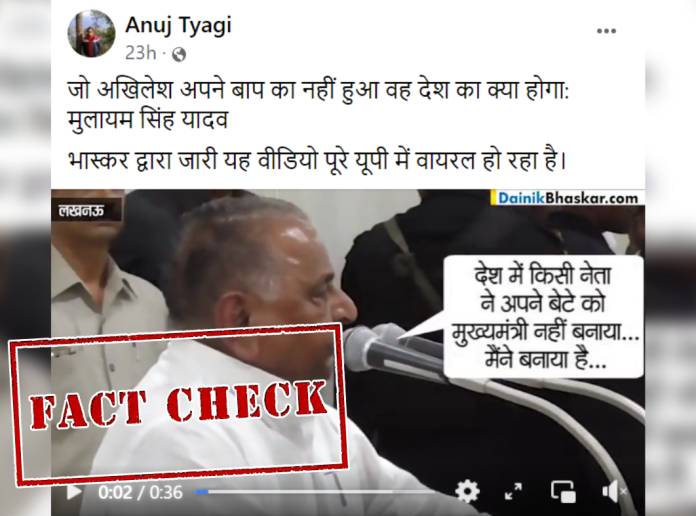 As the battle for Uttar Pradesh heats up in the run up to the upcoming elections next year, a video of Samajwadi Party patriarch Mulayam Singh Yadav has gone viral on social media in which he can be heard saying that while he made his son Akhilesh Yadav Uttar Pradesh’s Chief Minister, Akhilesh threw his uncle out. He can also be heard saying that a son who cannot even stay loyal to his father can’t be trusted. Social media users are claiming that the video is recent.

The video is being shared on Facebook with a caption in Hindi that can be translated in English to: “What can one expect from Akhilesh who could not even remain loyal to his father: Mulayam Singh Yadav. This video released by Bhaskar is going viral all over UP.” 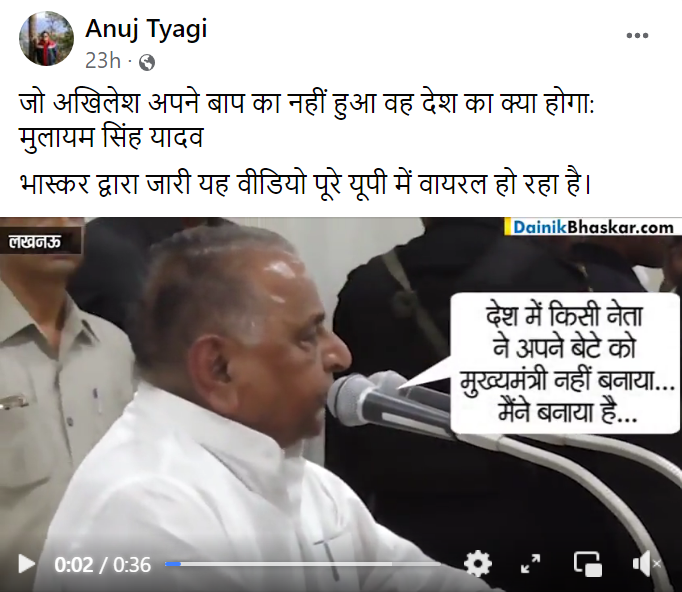 Starting with our investigation, we did a keyword search but could not find any recent media report corroborating the viral claim. If Mulayam Singh Yadav had made such a statement, it would have been covered by the media. During our search, however, we could find many news articles published in 2017 related to the viral claim. 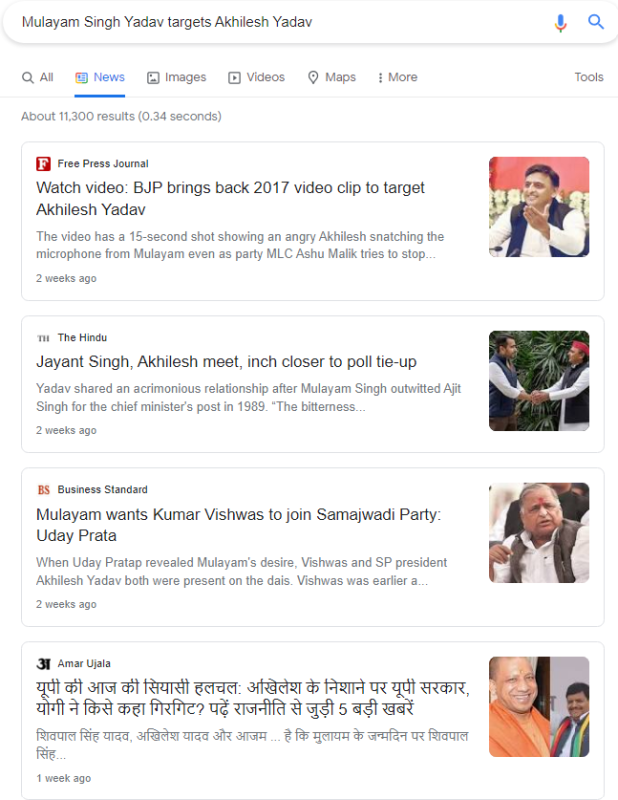 Taking a cue from this, we searched further and found a news report published by Jagran dated April 2, 2017, on the same incident. The headline of the article translates in English to, “Mulayam’s attack on Akhilesh, what will happen to anyone else if a son could not even be loyal to his father.” 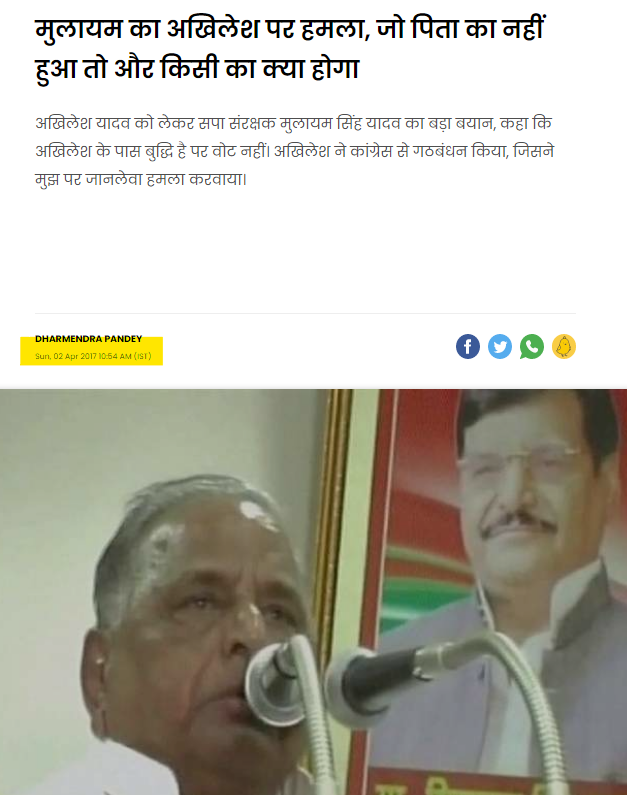 The article further stated that “Mulayam Singh along with Totaram Yadav arrived at the inauguration of a hotel in Mainpuri. There was a split in the party before the assembly elections in Uttar Pradesh. Mulayam Singh Yadav made a big statement about Akhilesh Yadav. Mulayam Singh, who was the Samajwadi Party president, said Prime Minister Narendra Modi’s statement in Kannauj impacted the assembly elections in Uttar Pradesh. Modi had said that the son who cannot be faithful to his father, how can he be trusted. Mulayam Singh Yadav said that this is true and we lost the election.” 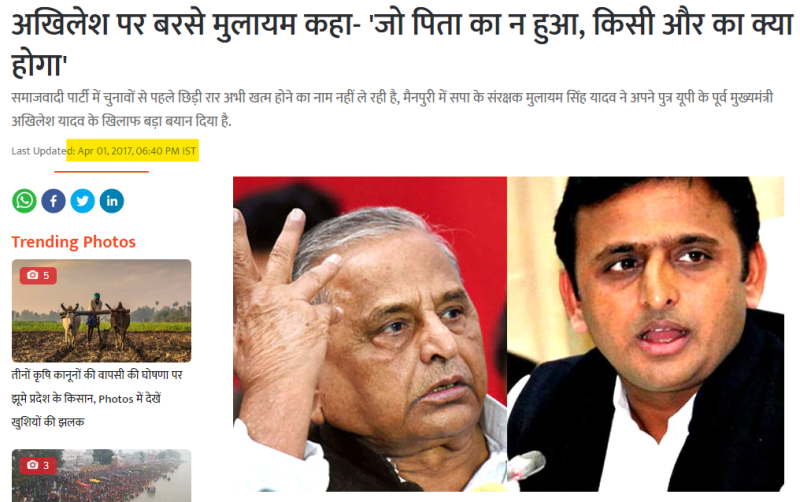 Thus, it is evident from the above information that an old video of Mulayam Singh Yadav targeting his son Akhilesh Yadav is being shared as recent. Therefore, the viral claim is misleading.