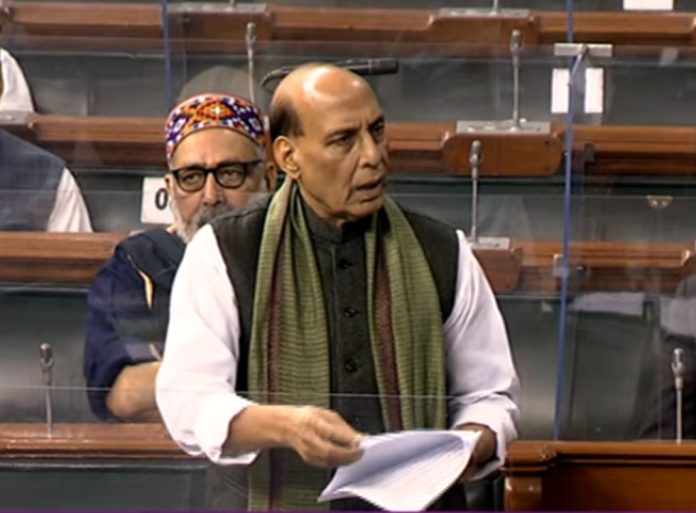 Defence Minister Rajnath Singh Thursday briefed the Parliament on the IAF helicopter crash in Tamil Nadu that left Chief Of Defence Staff General Bipin Rawat, his wife Madhulika Rawat and 11 others dead. The Parliament also observed silence in honour of the departed souls.

Flight Data Recorder and Cockpit Voice Recorder of the Mi-17V5 chopper has been recovered from the site, news agency ANI reported.

Here’s what he said in his speech in Lok Sabha:

1. The defence minister extended his condolences to the families of those who died. “With profound grief and heavy heart, I stand to convey the unfortunate news of the crash of the military helicopter in the noon of 8th December 2021, with India’s first Chief of Defence Staff, Gen Bipin Rawat onboard,” he said.

2. “Gen Bipin Rawat was on a scheduled visit to Defence ServicesStaff College, Wellington to interact with the student Officers. The Air Force Mi 17 V 5 helicopter took off from Sulur Air Base at 11.48 am yesterday and was expected to land at Wellington by 12.15 pm,” Singh told the lower house.

4. “A tri-service enquiry regarding the IAF chopper crash has been ordered by the Indian Air Force. It will be headed by Air Marshal Manvendra Singh, Air Officer Commanding-in-Chief Training Command,” he added.

5. Group Captain Varun Singh is on life support in Military Hospital, Wellington. All efforts are being made to save his life: Defence Minister Rajnath Singh