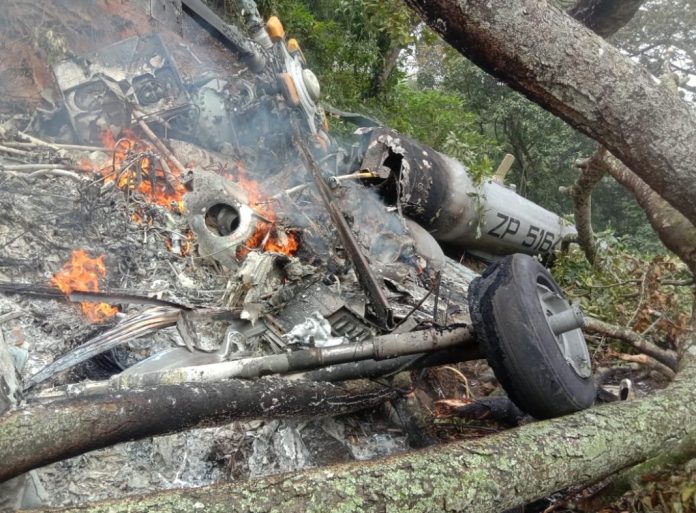 Thirteen out of 14 occupants of the Indian Air Force military helicopter, which was carrying Chief of Defence Staff General Bipin Rawat and had crashed on Wednesday near Coonor near Tamil Nadu’s Nilgiri hill district, have been confirmed dead.

Five Things You Need To Know On The Chopper Crash:

1. The aircraft was on its way from Sulur IAF base in Coimbatore to Defence Staff College in Wellington.

2. The Indian Air Force (IAF), in a tweet on Wednesday, confirmed that CDS Gen Rawat and his wife Madhulika Rawat are among those confirmed dead.

3. The Indian Air Force has ordered an inquiry into the accident.

#WATCH | Latest visuals from the spot (between Coimbatore and Sulur) where a military chopper crashed in Tamil Nadu. CDS Bipin Rawat, his staff and some family members were in the chopper. pic.twitter.com/6oxG7xD8iW

4. The only survivor, an Air Force Group Captain, is being treated for severe burns.

5. The person being treated at the military hospital in Wellington is Group Captain Varun Singh”