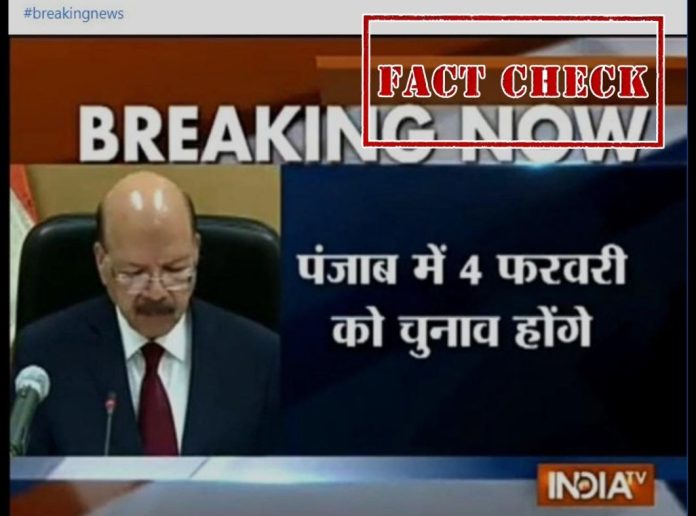 In the run up to the upcoming assembly elections in Punjab, a post has surfaced on social media platforms claiming that Election Commission has announced that polls in Punjab will be held on February 4, 2022. Former Chief Election Commissioner Nasim Zaidi can can be seen in the viral post.

A Facebook user shared an image that appears to be a screengrab of an India TV news report with a caption, “breaking news”. The breaking news flashed on the screen reads “elections to be held in Punjab on February 4.” 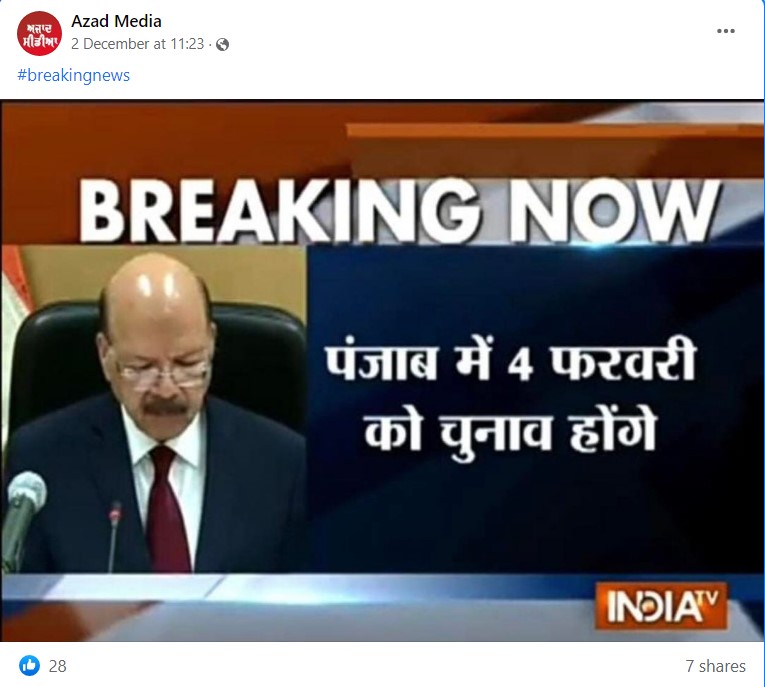 The same image is being widely circulated on social media platforms.

NewsMobile fact checked the viral post and found it be misleading. Election Commission has not announced any date for Punjab assembly elections till the time of filing this report.

On performing relevant keyword searches on Google we did not find any credible media report about Punjab election dates. However, with the help of Reverse Image Search, we found a India TV report uploaded on YouTube on January 7, 2017, whose screengrab is now being shared as recent. In the video, one can find the relevant section about Punjab elections between 27:10 minutes to 27:30 minutes mark.

The assembly elections in seven states including Punjab are due to be held in 2022. And since Nasim Zaidi has already stepped down as the Chief Election Commissioner, he couldn’t have addressed any recent press conference.

Therefore, the viral screengrab announcing the date of the Punjab assembly elections is misleading.