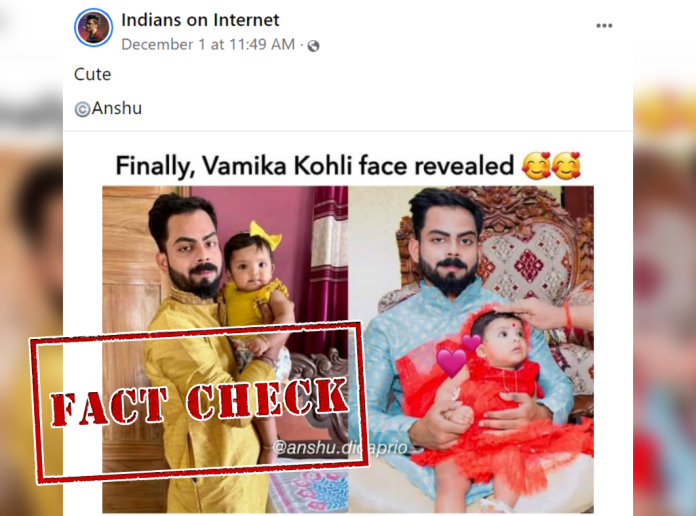 A couple of images are being widely shared on social media claiming that they are of cricketer Virat Kohli and his daughter Vamika. Virat Kohli and Anushka Sharma were blessed with a baby girl on January 11, 2021.

The images are being shared on social media with the caption, “Finally Vamika Kohli face revealed.” 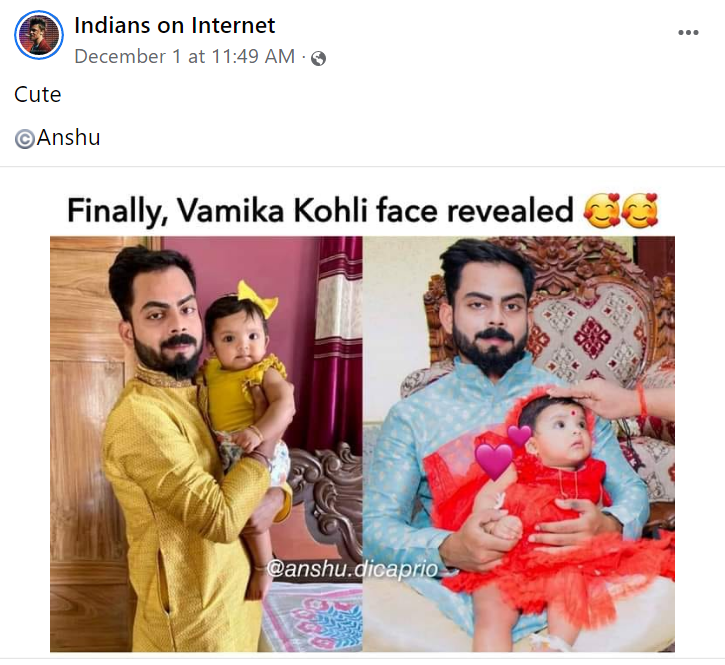 Doing a Reverse Image Search we were directed to IndianMemes website which carried the same viral image under the headline, “Top 10 Memes of the day- 11/27/2021.” The image was a screenshot of a Facebook post by a user named Susobhan Lahiri. The caption of the image read “Mama Bhat.” 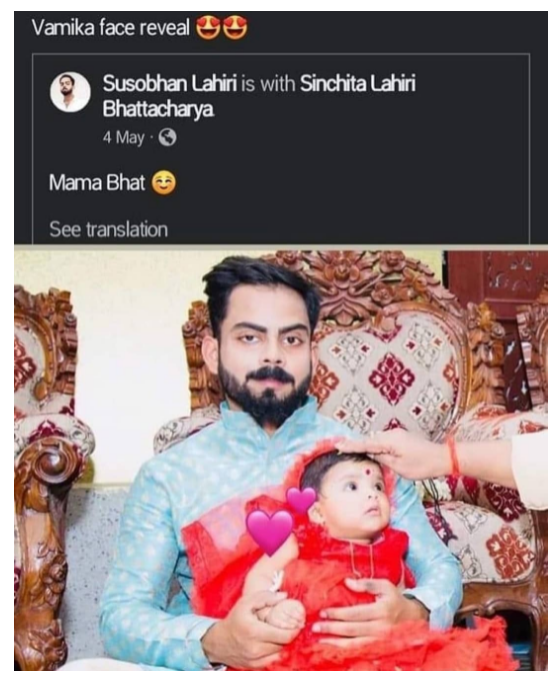 Taking a cue from this, we found the Facebook page of Susobhan Lahiri where we saw the same viral image uploaded on May 4, 2021. 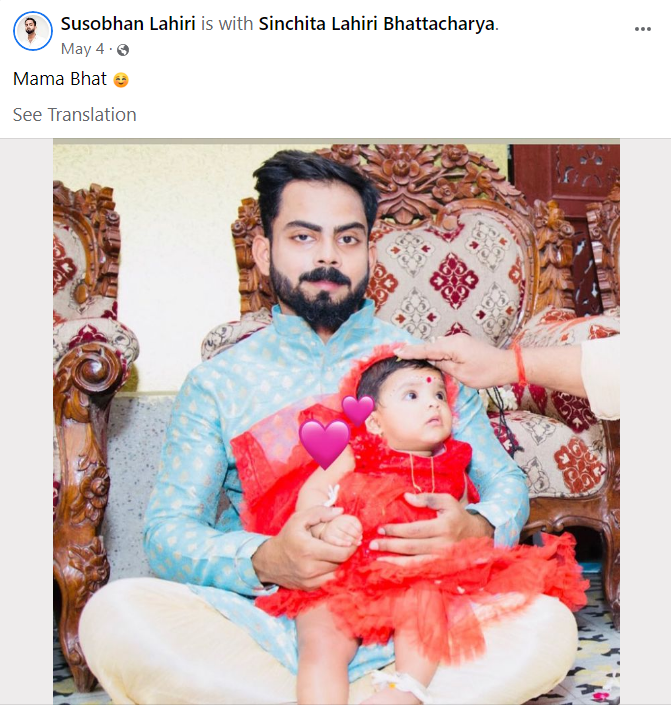 More similar images can be seen here that were uploaded on November 25. 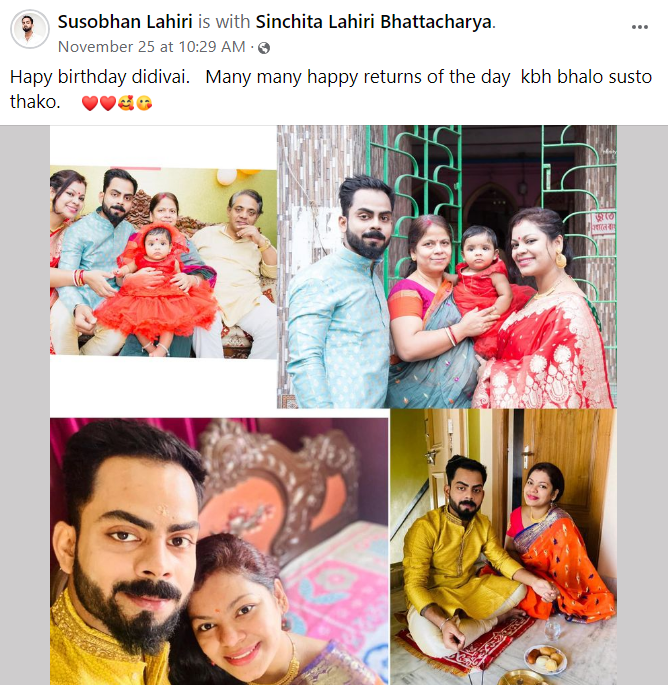 The same viral image was also uploaded on the Instagram page of Susobhan Lahiri with the caption, “Mama Bhat.” 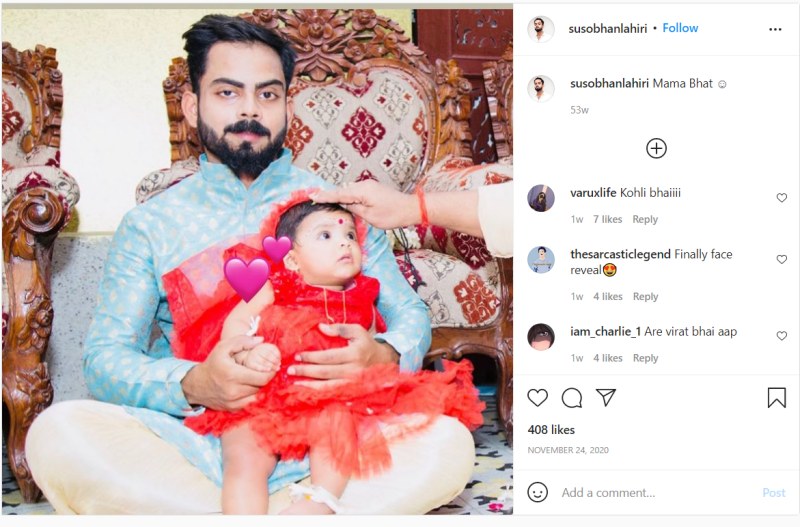 Looking at the above images, it is evident that Susobhan Lahiri resembles cricketer Virat Kohli to some extent. 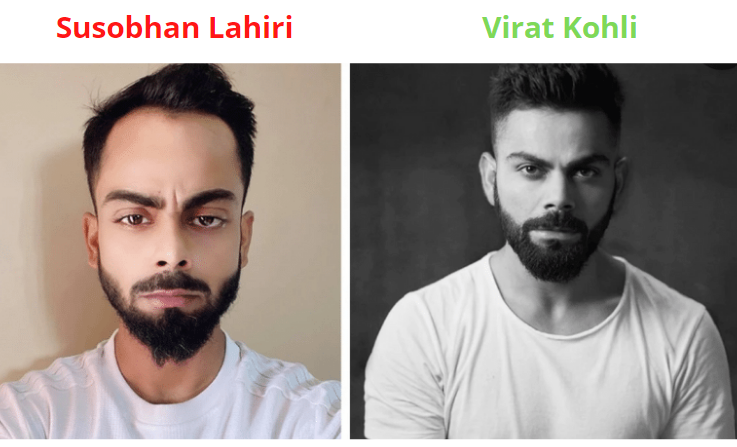 Searching further, we found that Virat Kohli had stated in May 2021 that “we have decided as a couple to not expose our child to social media before she has an understanding of what social media is and can make her own choice.” Both Virat and Anushka have been posting images of their daughter. However, none of the images reveal Vamika’s face.

Thus, it is evident from the above information that photos of Virat Kohli’s lookalike are being falsely shared as that of his daughter Vamika’s.