Fact Check: This Viral Video Of People Pushing An Aircraft Is NOT From India; Here’s The Truth | Newsmobile
Wednesday, August 17, 2022

Home NM FACT CHECKER Fact Check: This Viral Video Of People Pushing An Aircraft Is NOT... 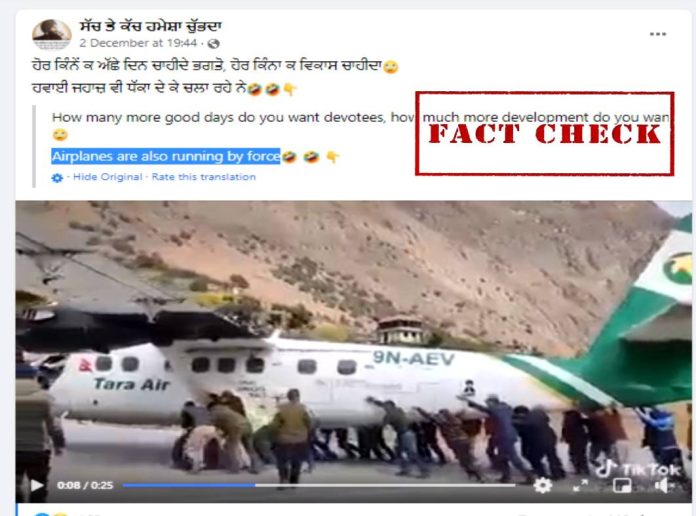 A video is widely being shared on social media in which people are seen pushing an aircraft. The video is being shared with a caption hinting that it is from India. 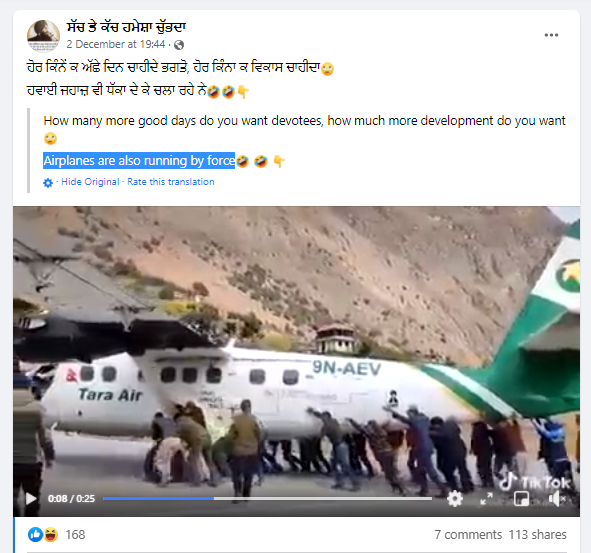 On searching with the keyword, ‘people push plane’, we found the same news reported by NDTV on December 2, 2021. The report had a screenshot from the viral video and was shared with the title, “Watch: Passengers Filmed Pushing Airplane Off Runway.”

The report said that passengers at an airport in Nepal were filmed pushing the Tara Air plane on December 1, 2021. The rear tyre of the plane had burst while landing at Bajura Airport in Kolti, Nepal because of which it was unable to move off the runway. Another plane flying overhead was unable to land because the taxiway was blocked by the parked aircraft. Noticing this, passengers at the airport joined security personnel in pushing the aircraft off the runway. 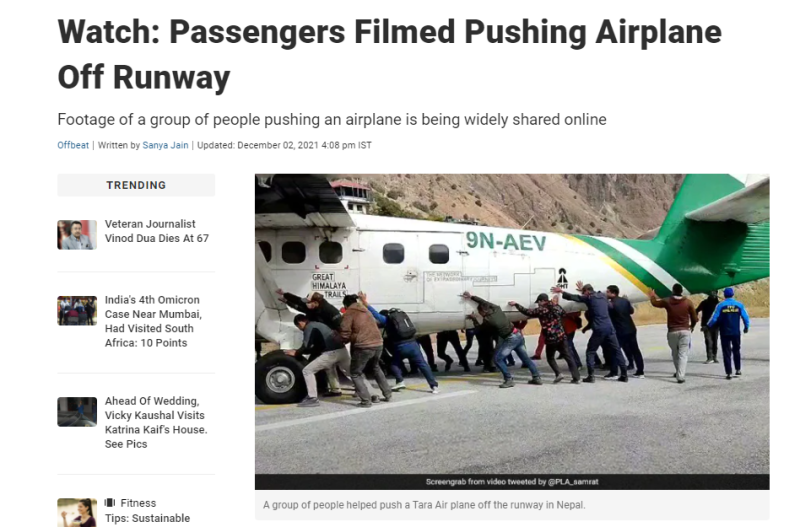 A Twitter handle, Routine of Nepal banda, also shared the video on December 1, 2021, with the caption that read, “Rare incident: People Pushing aeroplane at Bajura Airport as the plane’s tyre got punctured while landing at the airport. There was no infrastructure to drag plane to the side and another plane was scheduled to land so people had to push the plane.” 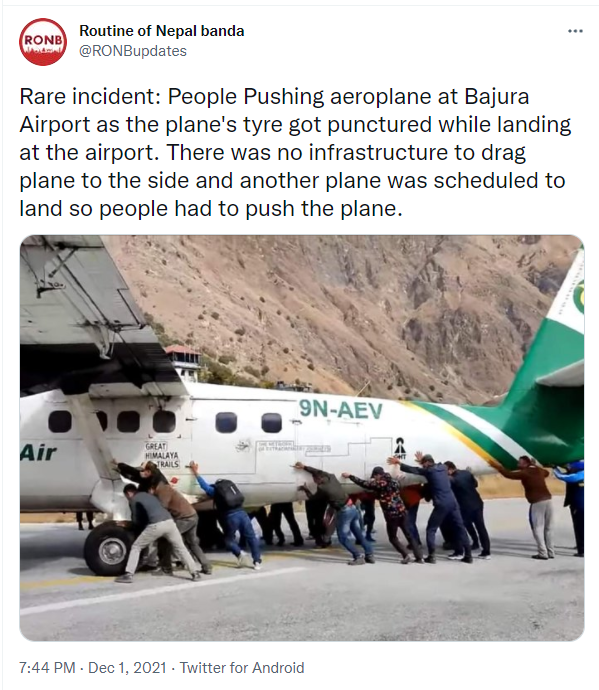 Thus, we can ascertain that the viral video is from Nepal’s Bajura airport and not from India.