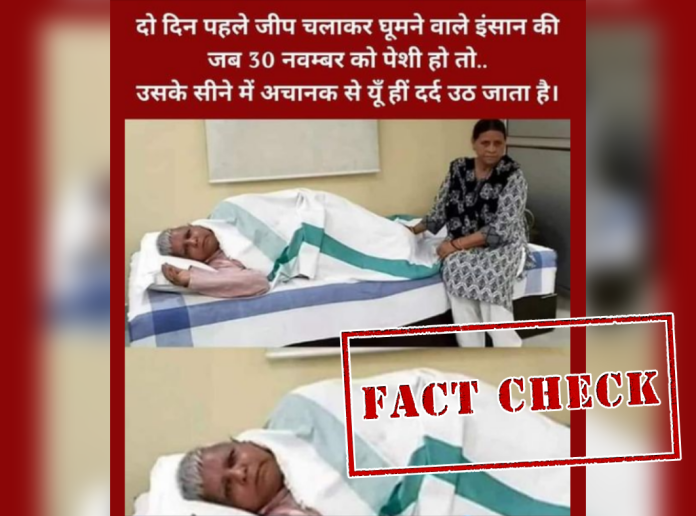 Rashtriya Janata Dal chief Lalu Prasad Yadav was convicted in the infamous fodder scam involving illicit removal of funds from the Treasury in 1996. He was brought to the All India Institute of Medical Science (AIIMS) in New Delhi on November 26, 2021, after he complained of fever and tiredness. According to recent reports, he has now been discharged and has returned to his daughter Misa Bharti’s residence in Delhi.

Against this backdrop, an image of Lalu Prasad Yadav lying on the bed has gone viral on social media with the text, “When a person driving a jeep two days ago has a hearing on November 30, So all of a sudden there is a pain in his chest.” 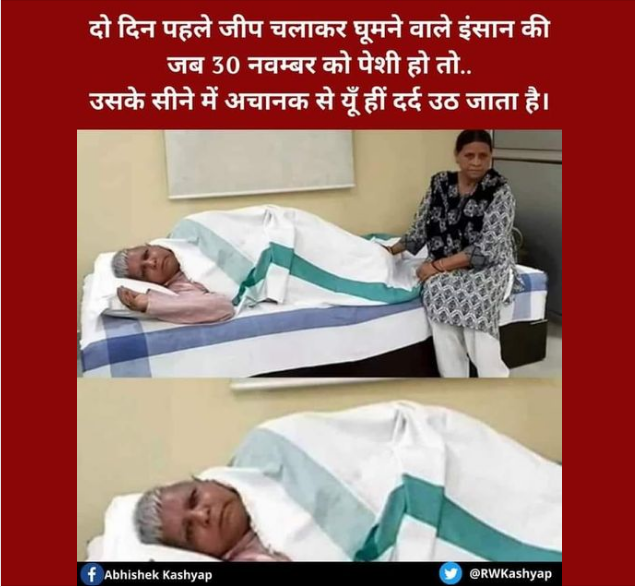 Doing a Reverse Image Search, we found a news report published by DNA dated August 25, 2018, which carried the same viral image. The report reads, “RJD president and fodder scam convict Lalu Prasad today returned to Patna from Mumbai, where he was treated at a hospital for three weeks, and would surrender before the CBI court at Ranchi next Thursday as per the Jharkhand High Court order.” 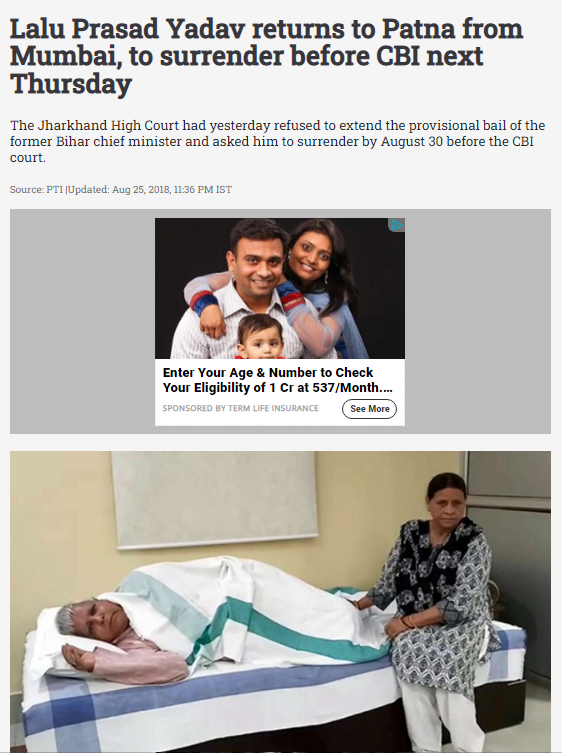 Looking for the source of the image, we searched further and found a video uploaded on the official Twitter handle of Rashtriya Janata Dal on August 25, 2018, from which the screenshot of the viral image must have been taken. The tweet text read, “We will fight and win. Apply as hard as you want. All justice loving people stand with Lalu ji.”

We also found a report published by Jagran on August 26, 2018, which featured the same viral image with the description, “RJD supremo Lalu Prasad Yadav returned to Patna on Saturday after undergoing treatment in Mumbai. He is away from the leaders and supporters in Patna. He will go to jail again by August 30.” 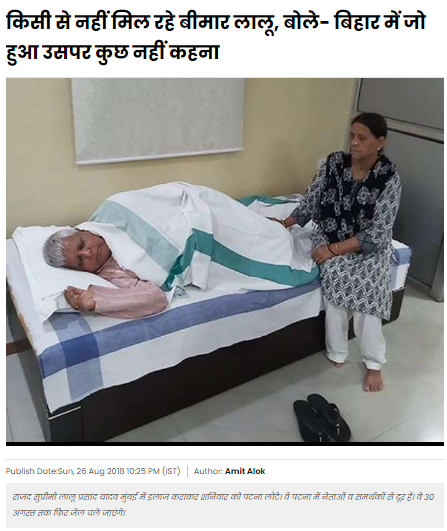 Thus, it is evident from the above information that a three year old image of Lalu Prasad Yadav is being shared with misleading claims.