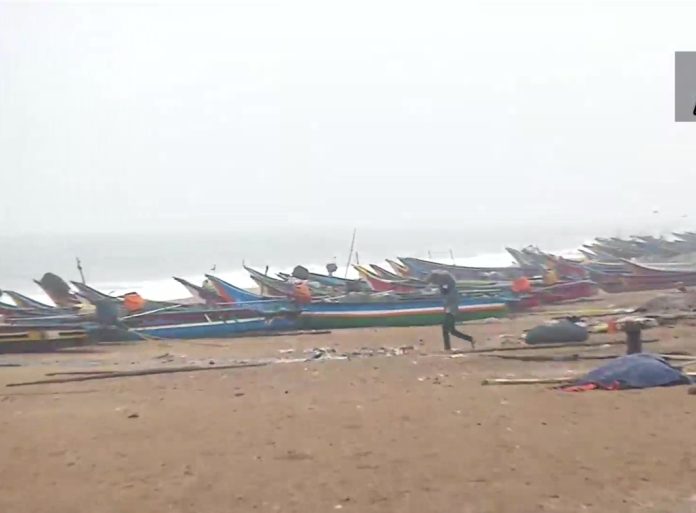 Heavy showers and high-speed winds lashed parts of coastal Odisha on Saturday morning as Cyclone Jawad moved along the coast.

🔲 #Odisha | Following #CycloneJawad warning, fishermen do not venture into the sea

🔲 Under the influence of the cyclonic storm, #Puri witnesses rainfall and high-speed winds

According to the India Meteorological Department (IMD), heavy rain is also predicted in parts of coastal Andhra Pradesh and West Bengal today. The cyclone, which is expected to make landfall near Puri on Sunday noon, is likely to weaken gradually and move nearly northwards during the next 12 hours and then north-northeastwards along Odisha coast reaching near Puri around 5th December noon as a Deep Depression.

Meanwhile, the Odisha government has ordered to keep the schools closed in 19 districts of the state.

As per the order from the School and Mass Education Department, all government, aided, and private schools affiliated with the department in 19 districts of Odisha will be closed for December 4 in view of cyclone ‘Jawad’.

The 19 districts wherein the schools would be closed are Ganjam, Gajapati, Puri, Nayagarh, Jagatsinghpur, Kendrapara, Koraput, Rayagada, Cuttack, Khordha, Kandhamal, Keonjhar, Angul, Dhenkanal, Balasore, Bhadrak, Jajpur, Malkangiri, and Mayurbhanj. According to the order, if there is any “exam schedule planned earlier”, it “may be conducted with utmost care under supervision”.