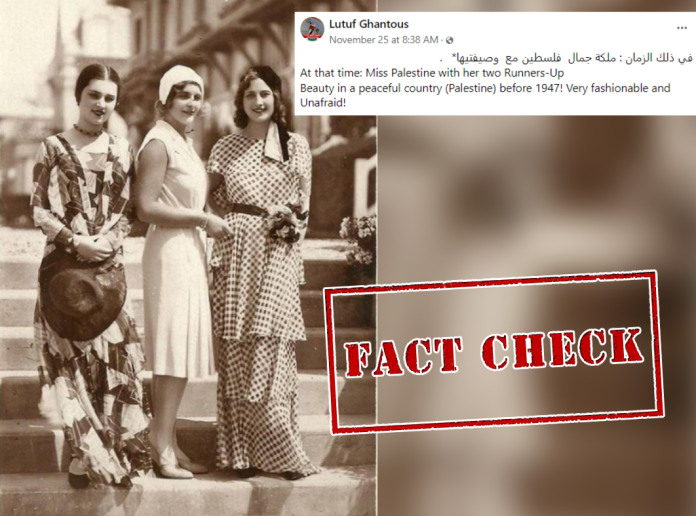 A sepia tinged image of three women is being widely shared on social media. It is being claimed that the photograph is of the lady who won the Miss Palestine pageant in 1947 and those who became runners-up.

The image is being shared on Facebook with the caption, “At that time: Miss Palestine with her two Runners-Up. Beauty in a peaceful country (Palestine) before 1947! Very fashionable and Unafraid!” 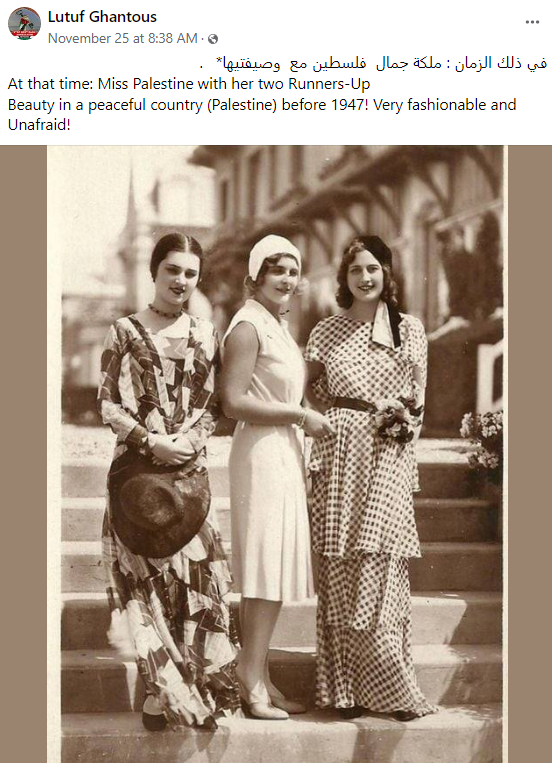 Doing a Reverse Image Search, directed us to a blog post that carried the same viral image with the title, “MISS RUSSIA, MISS AUSTRIA, AND MISS HOLLAND: CONTESTANTS IN THE MISS EUROPE COMPETITION (1930).” 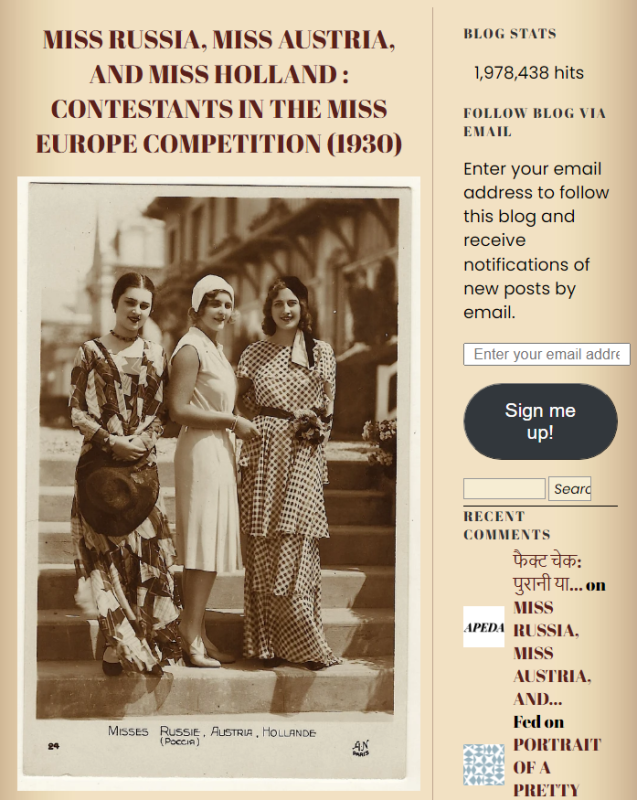 Another website also carried the same image with the description, “The contest “Miss Europe” in 1930 was held in Paris. In 1930 won the contestant from Greece won. The winner of the competition in 1930 Aliki Diplomacy was born the son of a renowned lawyer and received an excellent education: the future miss Europe spoke absolutely fluent in four languages.” 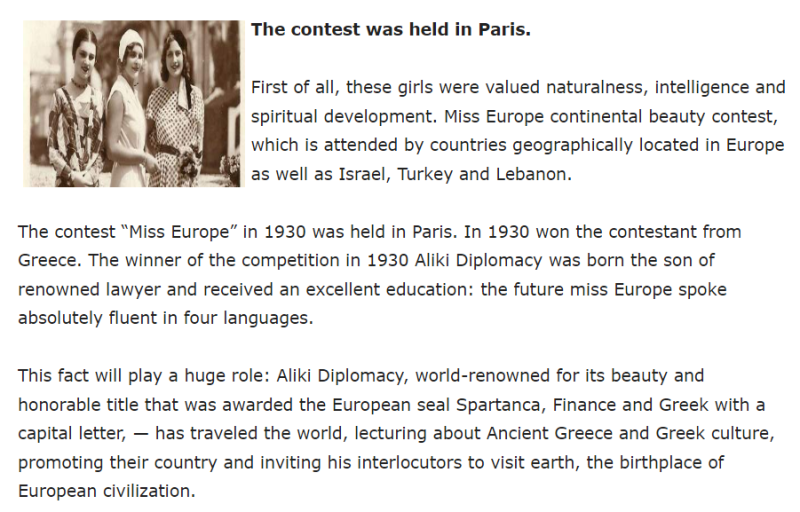 The image was also uploaded on Flickr with the description, “Miss Europe candidates 1930: the Misses Russia, Austria, and Holland. Left Irene Wentzel (aka Irene Wentzell aka Irina Vessel) was Miss Russia in Paris in 1930, elected by Russian immigrants, so she joined the 1930 Miss Europe pageant in Paris. Center Ingeborg von Grinberger aka Greenberger was Miss Austria 1930, so she also joined the Miss Europe contest. Just like in 1929 the Austrian daily Das Neue Wiener Tagblatt had organised the pageant. She originally came from the Austrian province of Steiermark. Most right is Rie van der Rest, the 1930 Miss Holland.” 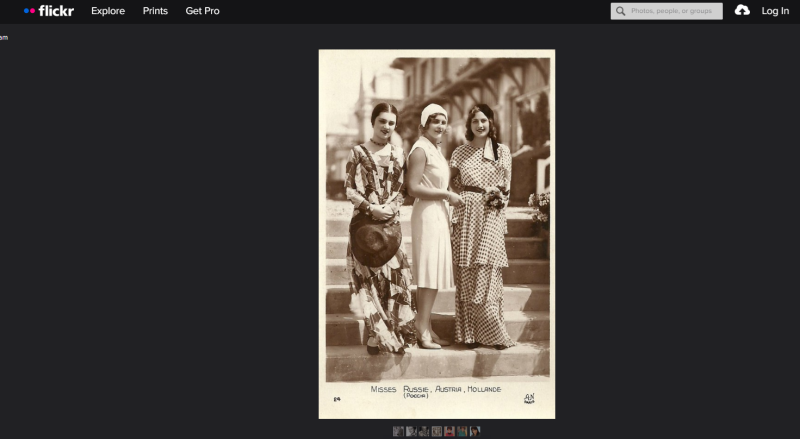 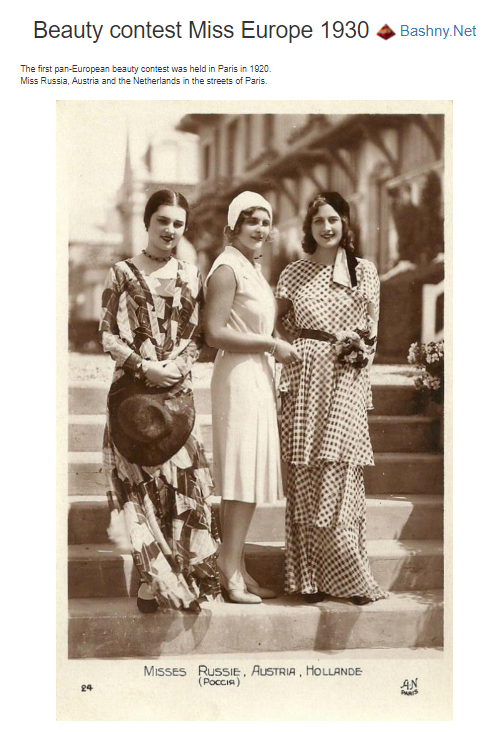 In all the above articles, neither we could not find any mention of any Palestinian contestant nor could we find articles about Palestinian participation in global beauty pageants in those years. Thus, it is evident from the above information that the viral claim is misleading.