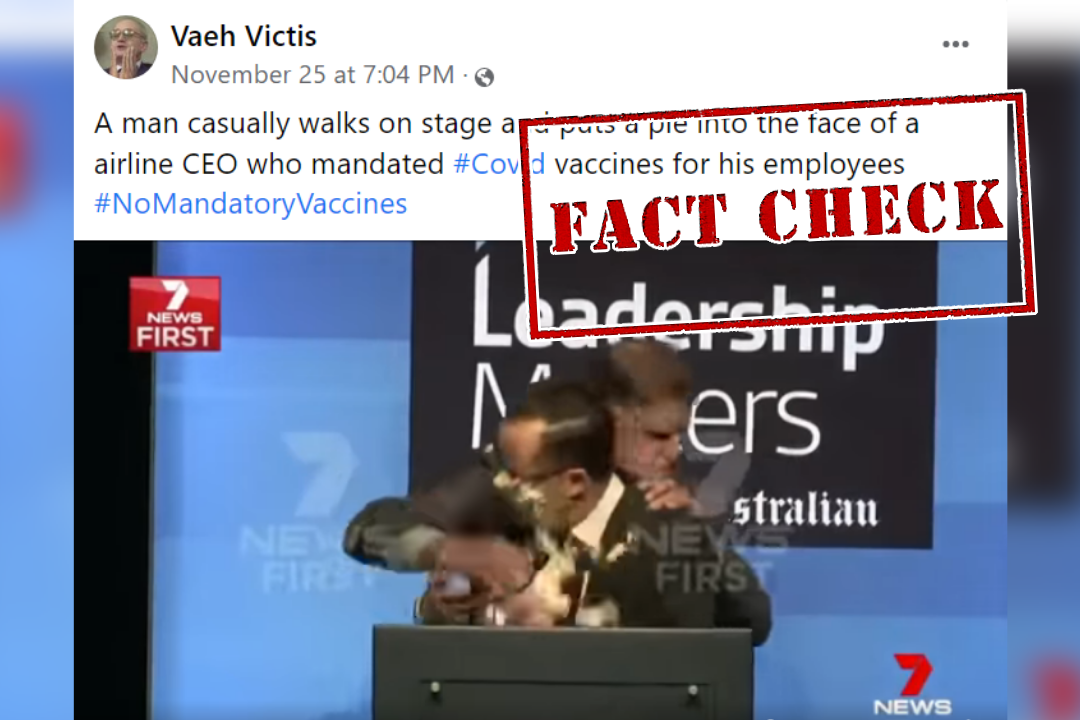 A video has gone viral on social media claiming that it shows an airline CEO being attacked with a cake for making COVID-19 vaccines mandatory for all employees.

The video is being shared on Facebook with the caption, “A man casually walks on stage and puts a pie into the face of an airline CEO who mandated #Covid vaccines for his employees #NoMandatoryVaccines.” 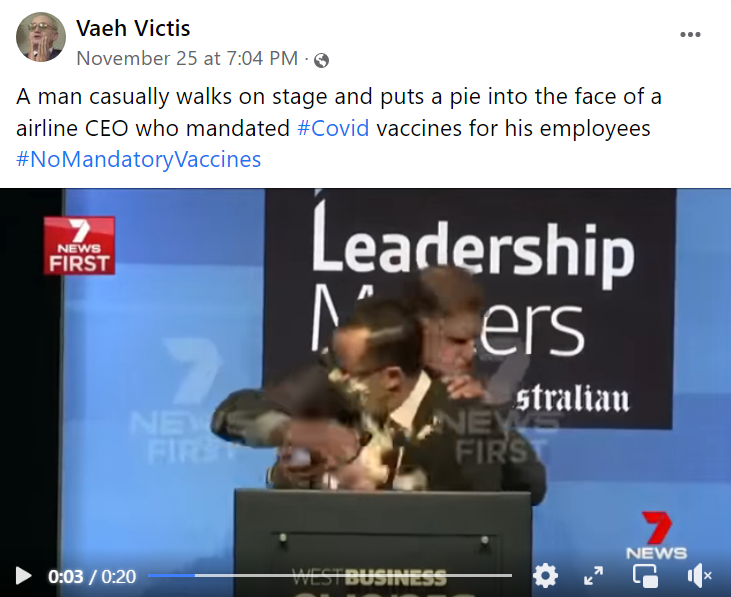 Using the InVid tool, we extracted keyframes from the video and performed a Reverse Image Search. This search directed us to a Twitter post uploaded by CNN on May 9, 2017. The tweet text read, “Watch this airline CEO get a cream pie rubbed in his face while giving a speech at a business event.” This means that the video dates back to 2017 and is not related to COVID-19 pandemic.

Watch this airline CEO get a cream pie rubbed in his face while giving a speech at a business event https://t.co/Z0EgWB4BTo pic.twitter.com/cBFHGuwX5b

According to the report, “Alan Joyce, the CEO of Australian carrier Qantas (QABSY), found himself in the firing line, getting a cream pie rubbed in his face at a business event.” 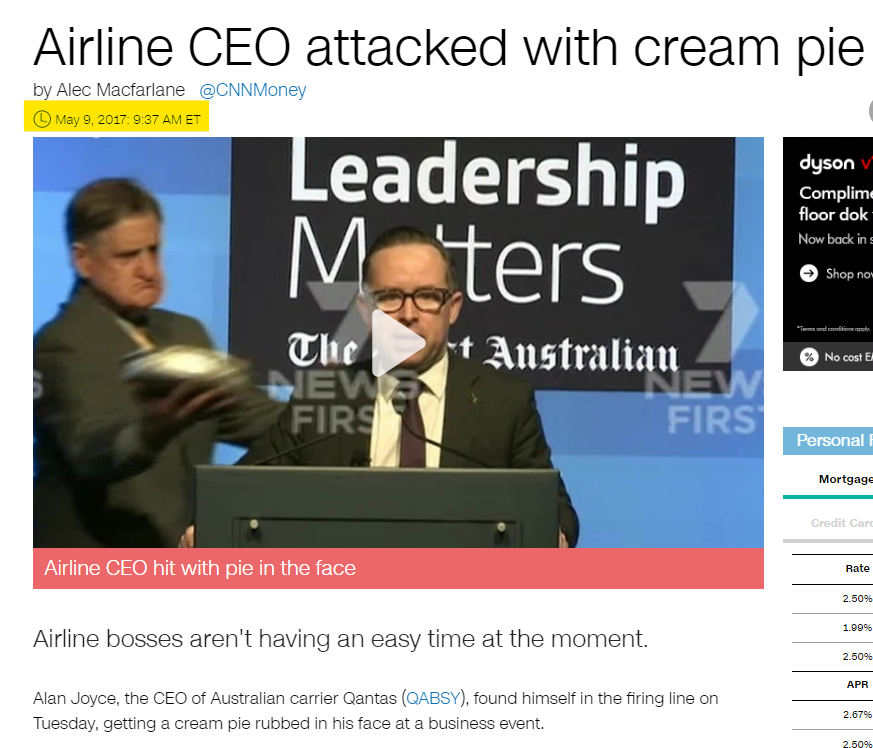 The Guardian also published an article reporting the same incident in 2017 stating, “Tony Overheu, 67, planned the 9 May attack on Joyce in front of 500 people in advance as a political statement to protest against “high-ranking” people speaking out on social issues, such as the Qantas chief executive’s support for same-sex marriage, the Perth magistrates court heard.” 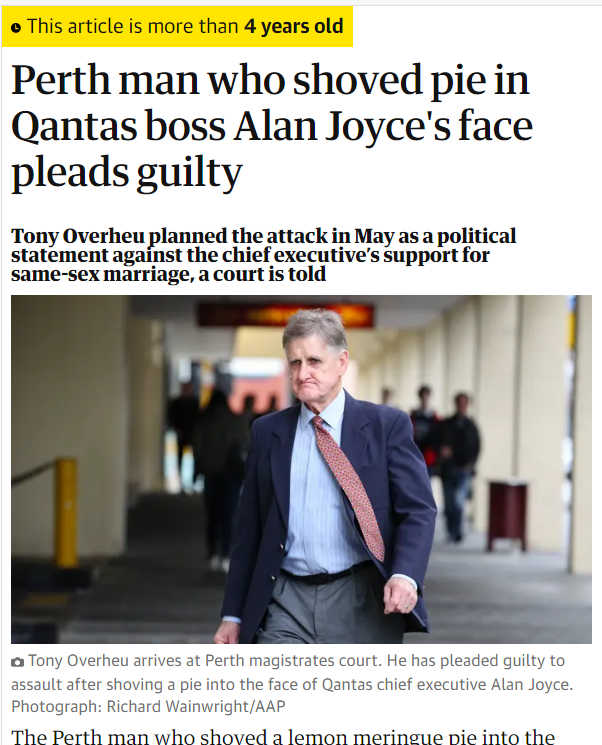 Similar news reports were also carried by Business Insider, NBC News and The Independent in 2017.

Thus, it is evident from the above information that an old video is being falsely shared as attack on an airline CEO for mandating COVID-19 vaccines. Therefore, the viral claim is misleading.