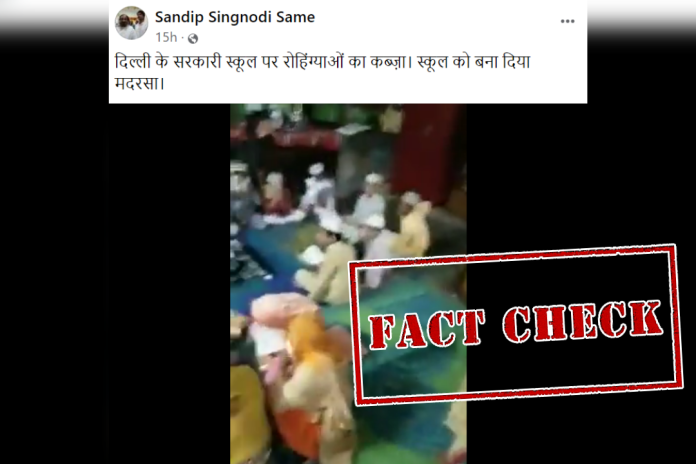 A video in which a group of police personnel can be seen entering a classroom full of people has gone viral on social media. It is being claimed through this video that Delhi Government schools are being converted into Madrassas in which Rohingya refugees have started living.

The video is shared on Facebook with a caption in Hindi that can be roughly translated in English to, “Rohingyas occupy Delhi government school. The school was converted into a madrasa.” 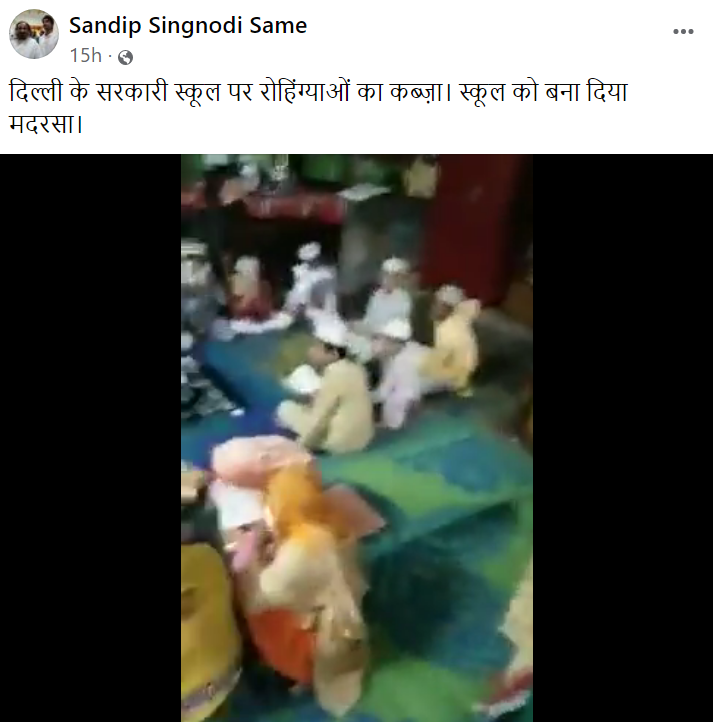 We looked at the comment section of one of the posts and found that many users had commented that this video is not from Delhi but from Uttar Pradesh. 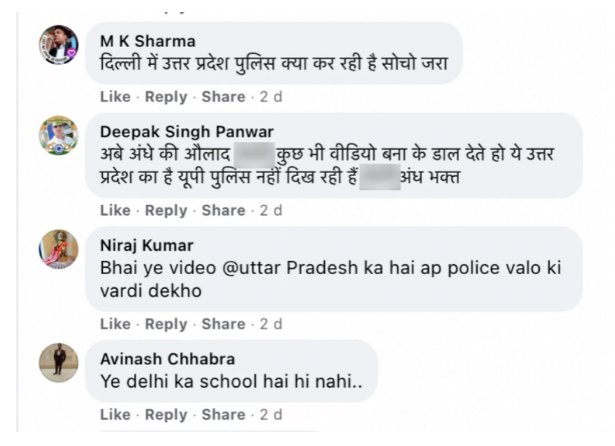 Searching further, we found another Facebook post dated November 19, 2021, that carried the same viral video with the caption in Hindi that can be translated in English to, “Today, in front of Sanjeevani Hospital in Vijay Nagar Ghaziabad, some Muslim jihadis were reading Nawaz by making meat in the primary school. I and our team caught him red-handed and handed him over to the police.” 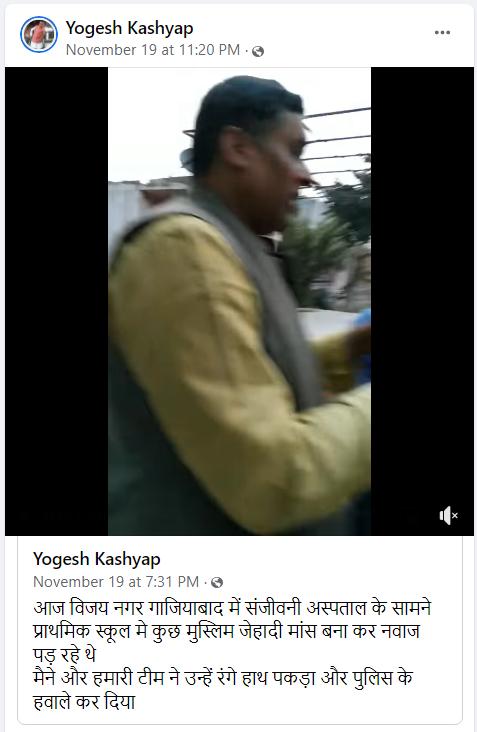 We also found a Facebook live video that carried a clearer version of the viral video.

At one minute thirteen seconds mark, one can notice “Primary School Ghaziabad” written on one of the walls. 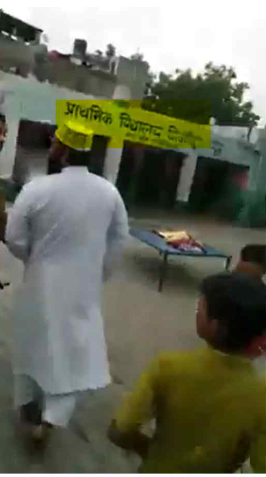 We then checked on Google Maps and found that Primary School in Mirzapur is indeed located in Ghaziabad and it comes under Vijay Nagar. 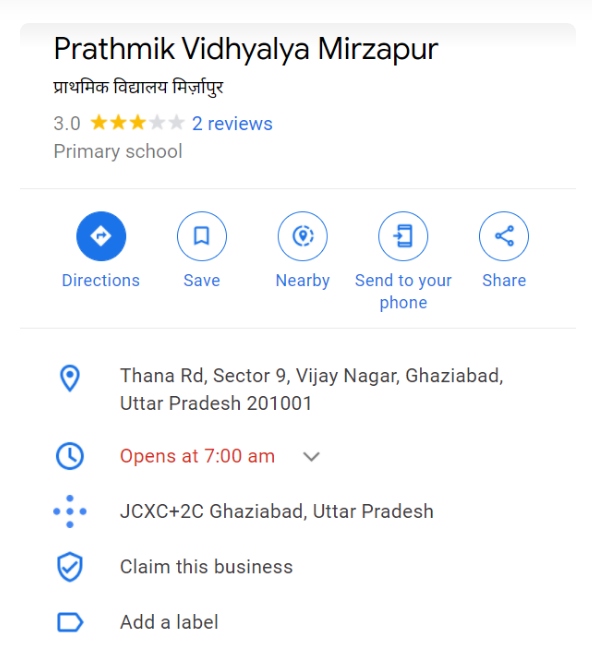 Searching further, we found a YouTube video dated November 20, 2021, that had visuals similar to the viral video. The video was shared with the description, “The primary school of Bhud Bharat Nagar, Mirzapur, Ghaziabad, became a hotbed of objectionable Islamic activities. The party of meat-biryani was going on in the primary school on the holidays of Dev Deepawali, Gangasnan and Guruparb. Also found objectionable literature. Apart from men, there was a large gathering of women and children.” 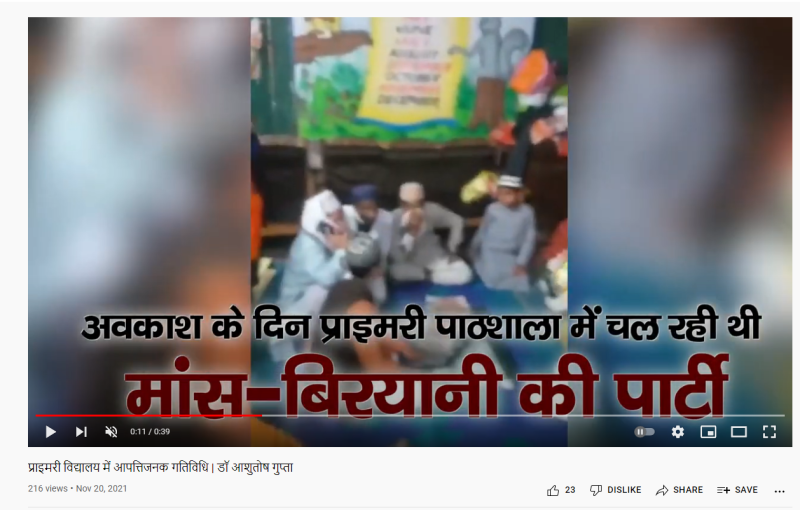 Further, we also did a keyword search but could not find any credible media report corroborating the viral claim. Thus, it is evident from the above information that a video from Uttar Pradesh is being falsely shared as Delhi Government Schools being converted into Madrassas.