Home NM FACT CHECKER Fact Check: No, This Video Does NOT Show UPTET Aspirants Spending The...

The post carrying the video claims that despite the winter chill, UPTET aspirants were sleeping on the road outside the examination centre the night before the examination, only to find out that it has been cancelled.

(English Translation: These children came to take the exam and spent the night under the open sky, only to find out that the UPTET paper was leaked and the government cancelled the exam, but what was their fault in this?)

We ran a keyword search and found a tweet by the Twitter handle of UP Police Fact Check dated November 28, 2021.

In the tweet it was clarified that the picture shows youth of Rajasthan and NOT UPTET 2021 aspirants. The English translation of the tweet read, “The viral photo is not of the candidates of UPTET but of the youth of Rajasthan. On the basis of their admit card, the candidates of UPTET are being sent home by UPSRTC buses conveniently and this examination will be conducted again in a month at state expense. Please don’t spread misleading news.” 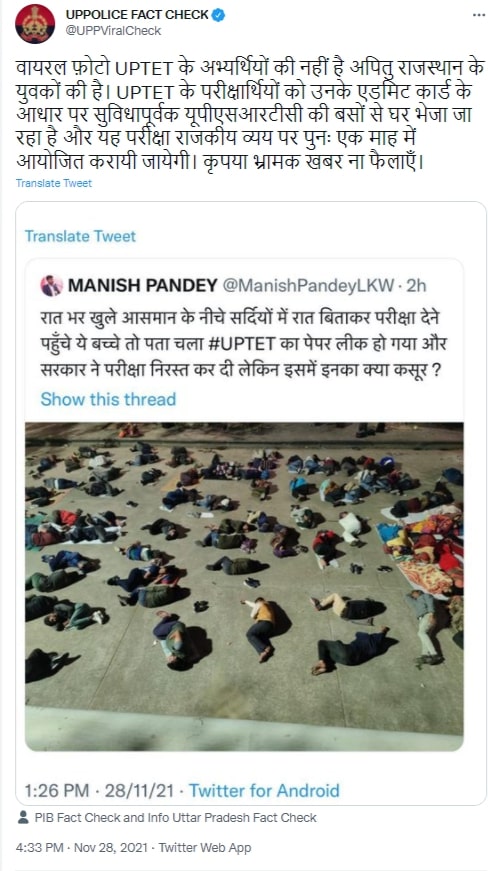 Taking a cue from this, we ran a keyword search along with a Reverse Image Search and found the same image in an article dated Nov 28. The article mentioned that the picture shows unemployed youth of Rajasthan, who were protesting outside UP Congress headquarters in Lucknow and wanted to meet Priyanka Gandhi. 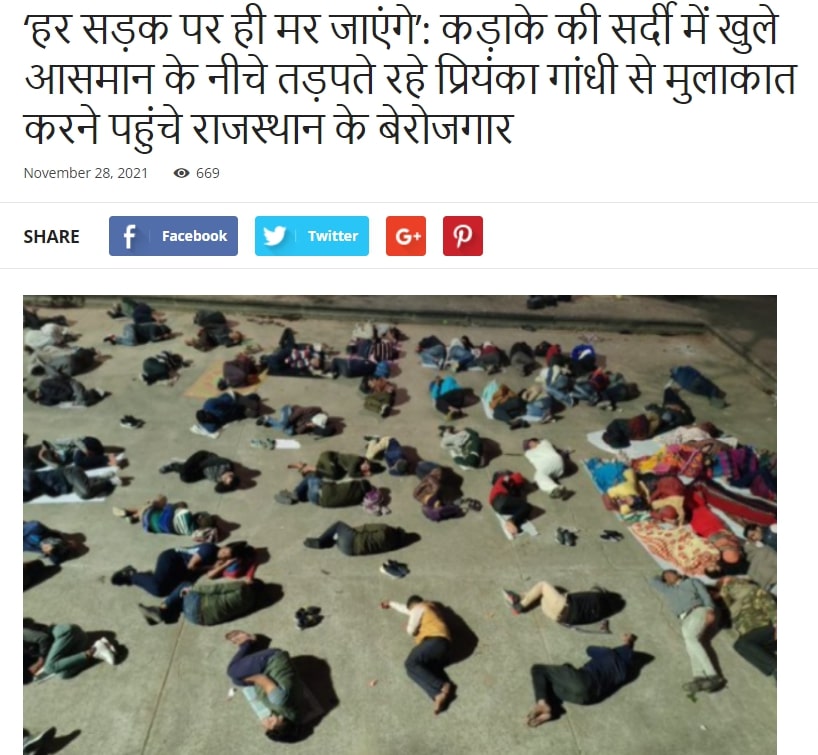 Dainik Bhaskar also covered the incident, where it was mentioned that some of them were taken to hospital after they spent the night protesting outside in cold. 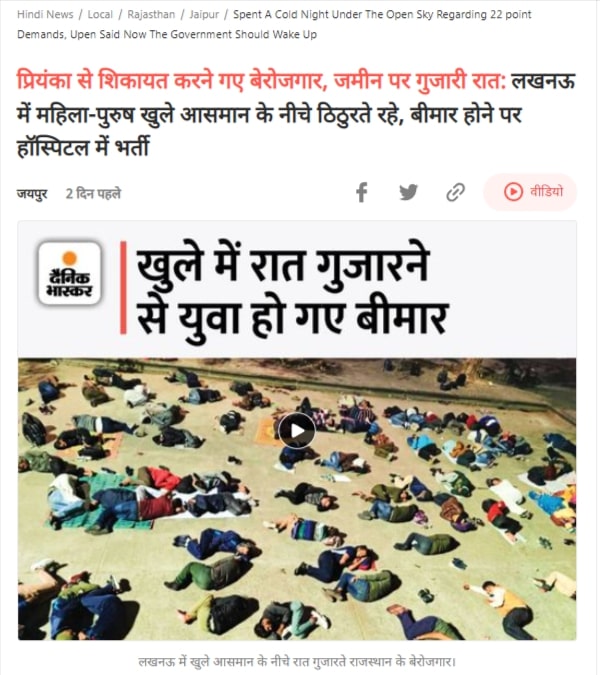 Hence, from the above information, it is clear that the picture is being shared with a misleading claim.