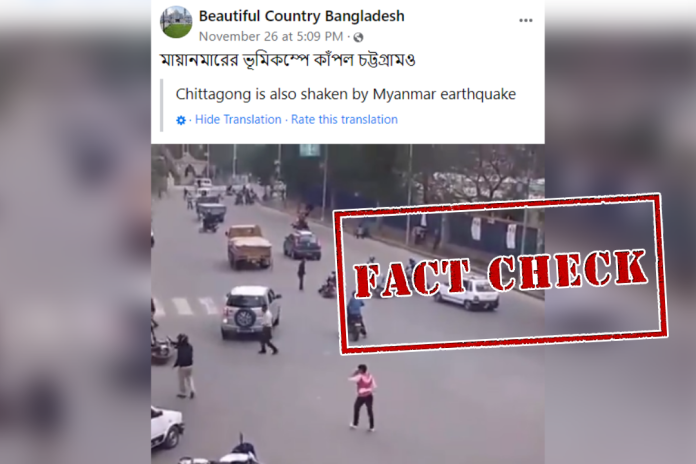 On November 26, a strong earthquake measuring 6.1 on the Richter Scale rocked the Myanmar-India border area. Tremors were also felt in Chittagong, Dhaka and different parts of Bangladesh as well. Another 4.2 magnitude quake jolted Myanmar again on November 27, tremors of which were felt in Chittagong as well.

In this backdrop, CCTV footage showing panic-stricken people running on a street has gone viral on social media with a claim that it shows the impact of the earthquake in Chittagong.

The video is shared on Facebook with a caption in Bengali that can be roughly translated in English to, “Chittagong was also shaken by the earthquake in Myanmar.” 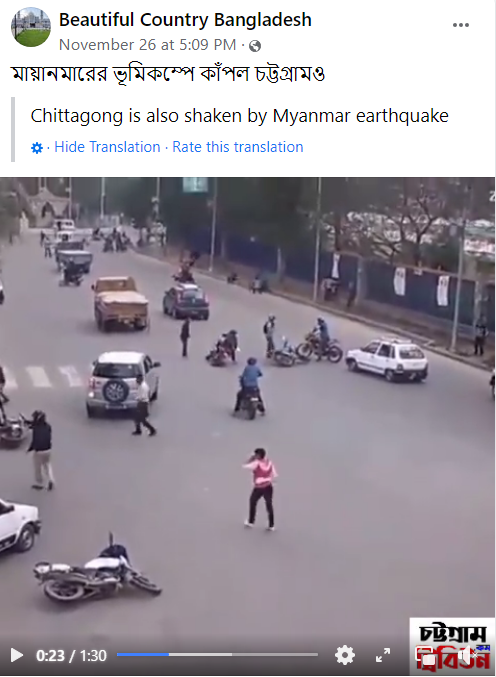 Using the InVid Tool, we extracted keyframes from the viral video and performed a Reverse Image Search. This search directed us to a YouTube channel that featured the same viral video on June 15, 2015, with the title, “Nepal Earthquake CCTV footage Bhadrakali Gate Kathmandu 25 April 2015.” This clearly means that the video is six years old and not related to the recent earthquake in Myanmar. 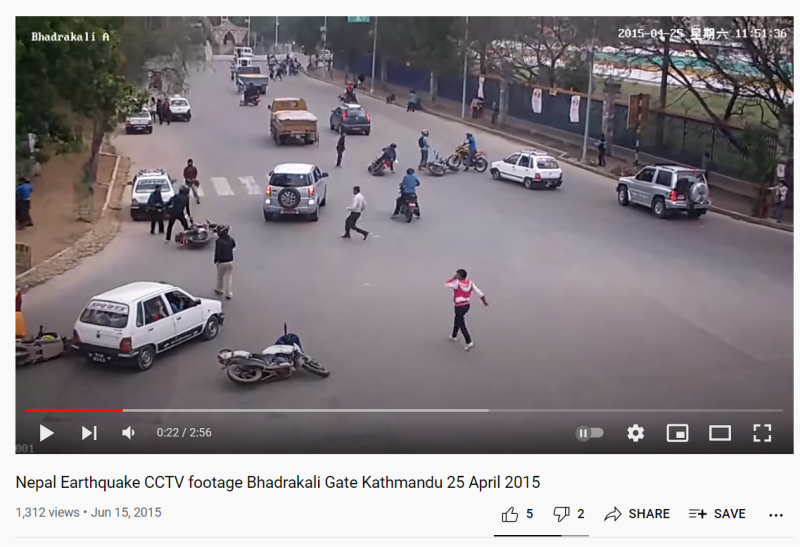 We found many other YouTube videos that carried the same viral video linking it to the 2015 Nepal earthquake. 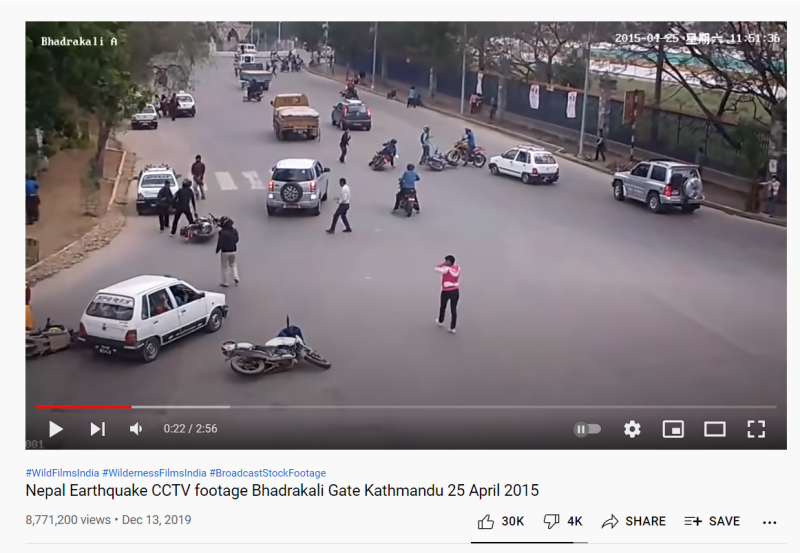 According to reports, “Nepal earthquake of 2015, also called Gorkha earthquake, was a severe earthquake that struck near the city of Kathmandu in central Nepal on April 25, 2015. About 9,000 people were killed, many thousands more were injured, and more than 600,000 structures in Kathmandu and other nearby towns were either damaged or destroyed.”

Thus, it is evident from the above information that an old video from Nepal is being falsely linked to the recent Myanmar earthquake. Therefore, the viral claim is misleading.