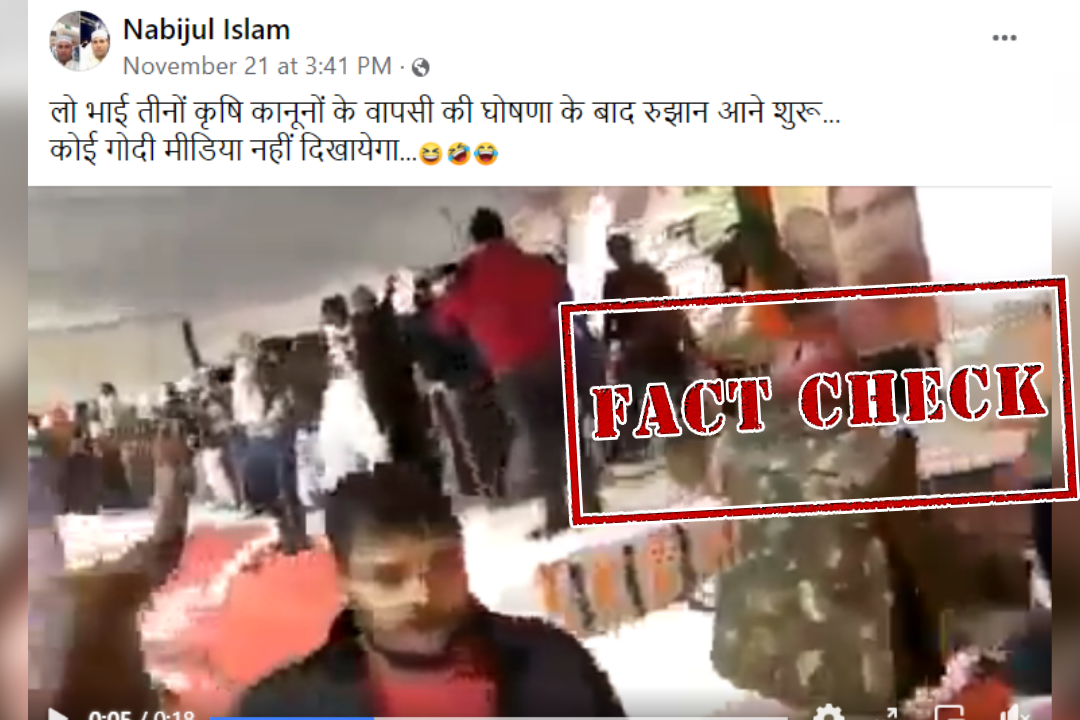 Prime Minister Narendra Modi announced repeal of the three contentious farm laws in his address to the nation on November 19. The Farm Laws Repeal Bill, 2021 will be introduced on the first day of the Winter Session of the Parliament on November 29.

Against this backdrop, a video of some people vandalising a stage has gone viral on social media claiming that it shows vandalism post Prime Minister’s address regarding repeal of the laws.

The video is being shared on Facebook with a caption in Hindi that can be roughly translated in English to, “Brother, after the announcement of the withdrawal of all three agricultural laws, the trends started coming. No Godi media will show this.” 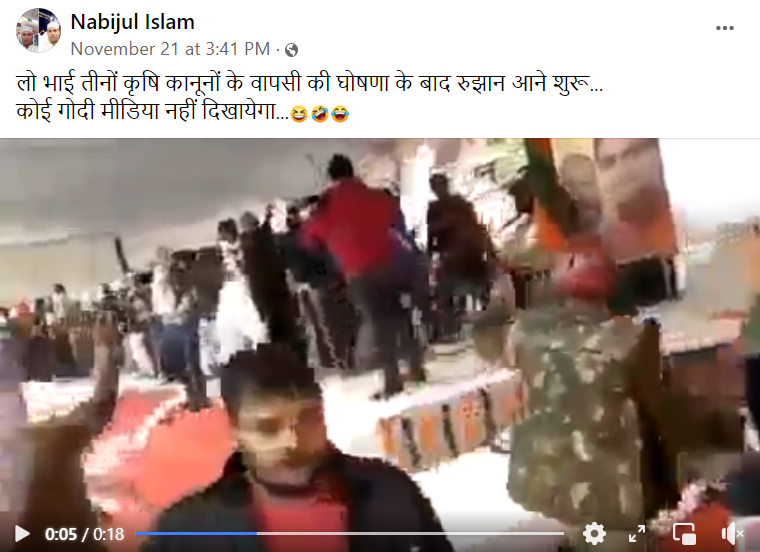 NewsMobile fact-checked the above claim and found it to be Misleading.

Using the InVid tool, we extracted keyframes from the video and performed a Reverse Image Search. This search directed us to a YouTube video that featured the same viral video on January 10, 2021, with the description, “Farmers broke the stage of CM Khattar in Karnal, see live photos.” This clearly means that the video is old and cannot be related to recent developments surrounding farm laws. 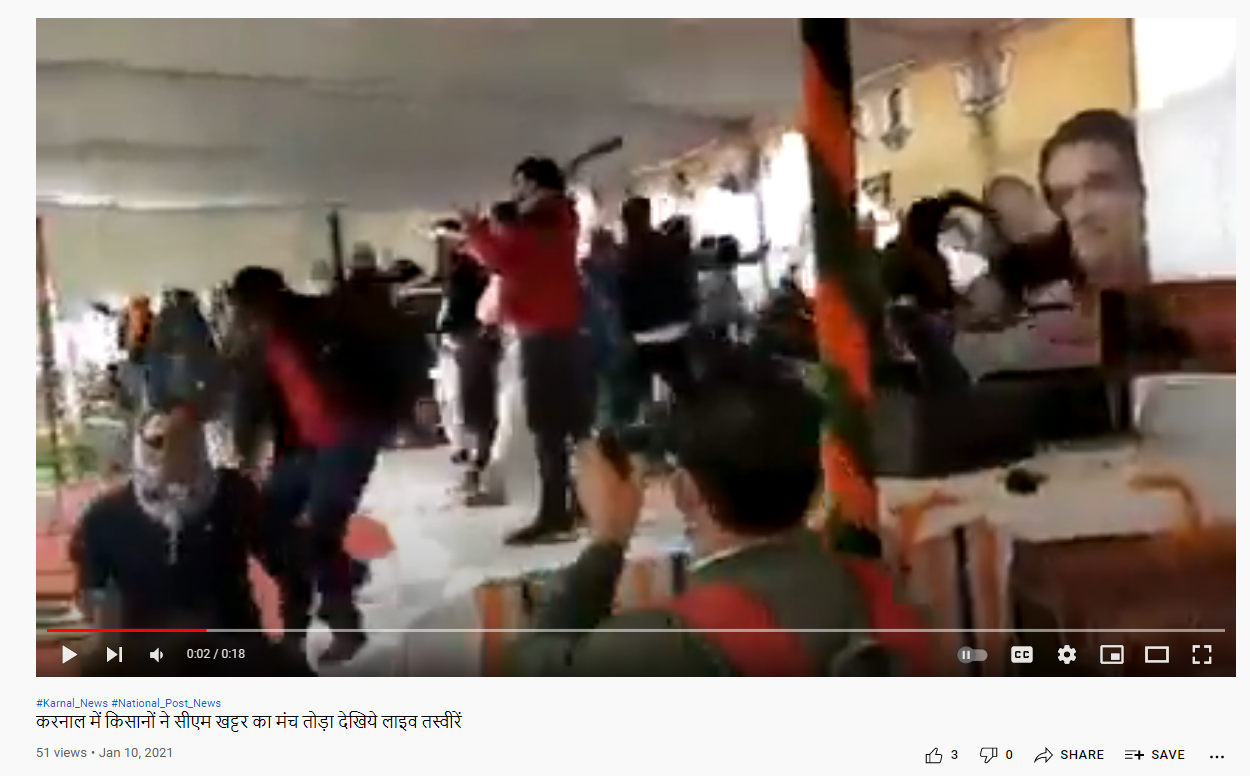 Another YouTube video carried the same viral with the description, “In CM Manohar Lal Khattar’s programme, the farmers resorted to lathicharge.” The video was uploaded on January 10, 2021. 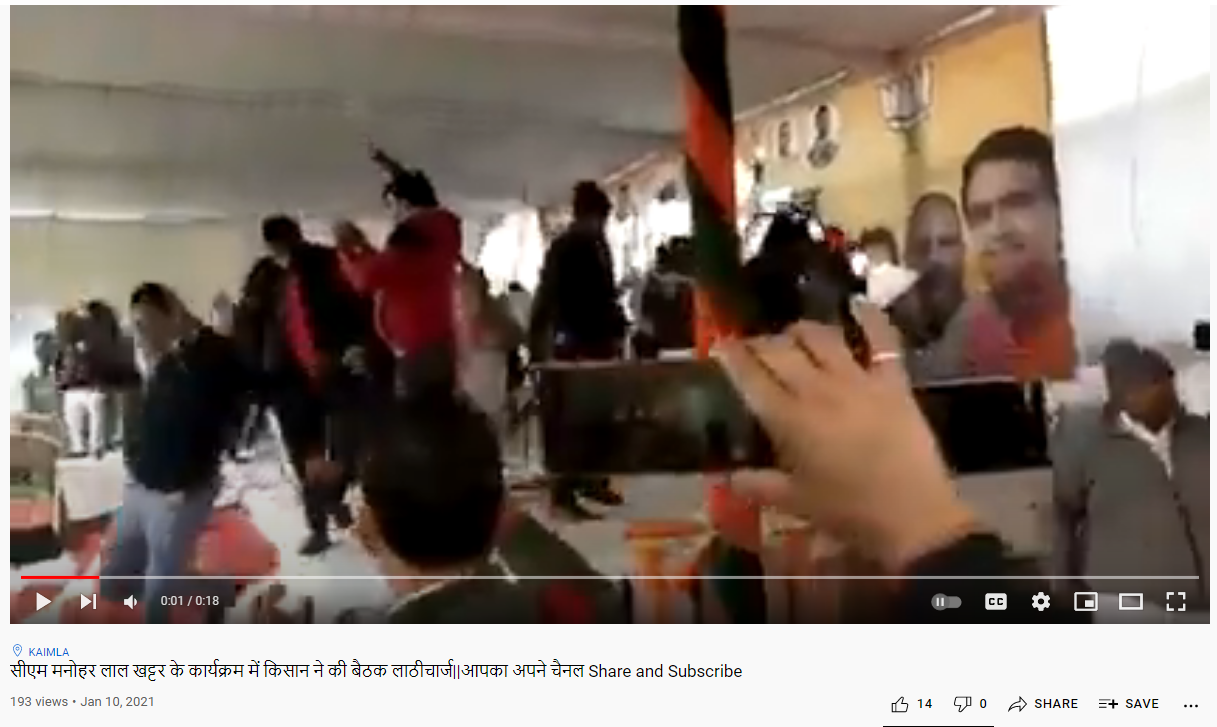 Taking a cue from this, we did a keyword search and found a video news report published by IndiaTV on January 10, 2021, on the same incident. The video description reads, “Chief Minister Manohar Lal Khattar’s Kisan Mahapanchayat program has been cancelled after a clash between protesting farmers and police in Haryana’s Karnal. Police lathi-charged, used water cannons on protesting farmers protesting Chief Minister Manohar Lal Khattar’s program in Karnal.”

Many other news outlets including AajTak and The Indian Express also covered the same incident in January 2021.

Thus, it is evident from the above information that an old video is being falsely shared as vandalism after revocation of the farm laws.