A Facebook user shared the video with a caption in Hindi that roughly translates to, “These jihadi goons were eve-teasing these girls. These girls broke the eyes of all three jihadis who fell on the ground. Hindus, give such education to your daughters who can teach lessons to anyone who tries to molest them. Not only essential items but in the purse, one should also carry acid and spray in the purse. Jai Shree Ram.” 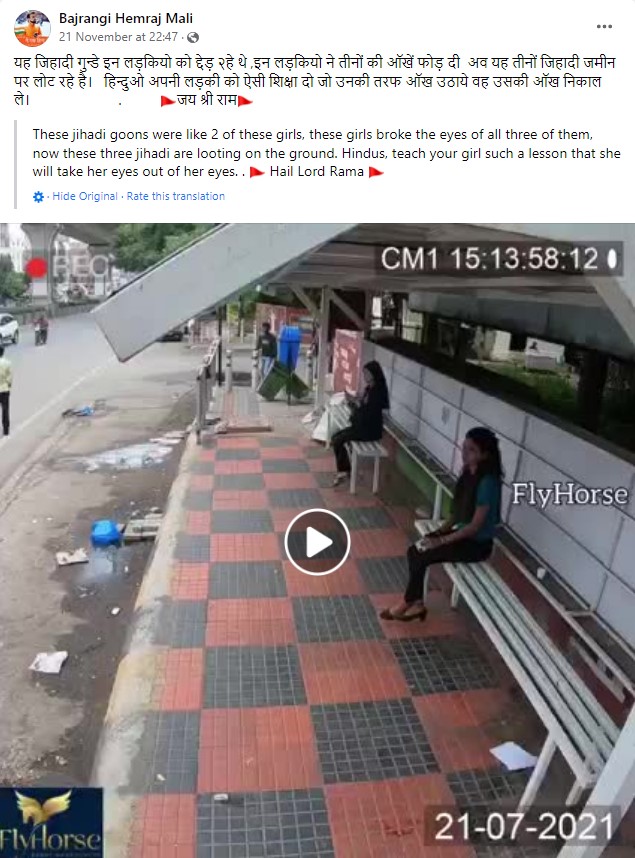 With the help of Reverse Image Search, we found a clearer version of the video published on a Facebook page named LOBO619 on February 29, 2020. The caption of the video reads, “THIS WAS SO UNEXPECTEDThank you for watching! Please be aware that this page features scripted dramas and parodies as well. These short films are for educational purposes only! (sic)

At the end of the video, a message also appears on the screen saying that it is fictional and has been made only for educational purposes.

Therefore, a fictional video made for educational purposes is being shared with a false communal claim.