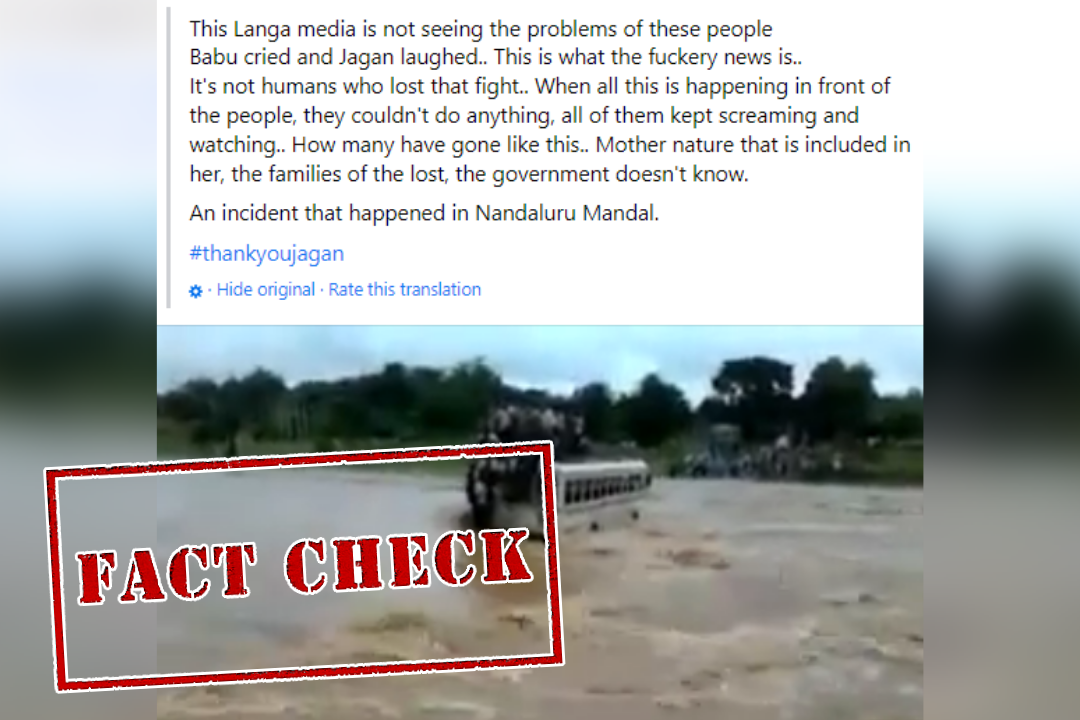 Several villages were inundated following flash floods in Kadapa district of Andhra Pradesh on November 19, 2021. In this backdrop, a video is being shared on social media in which a bus can be seen as being washed away in heavy floods with a claim that this happened in Nandalur area of ​​Kadapa district in Andhra Pradesh.

The video is being shared on Facebook with a Telugu caption that can be roughly translated in English to, “This Langa media is not seeing the problems of these people. Babu cried and Jagan laughed. This is what the fuckery news is…It’s not humans who lost that fight. When all this is happening in front of the people, they couldn’t do anything, all of them kept screaming and watching. How many have gone like this? Mother nature that is included in her, the families of the lost, the government doesn’t know. An incident that happened in Nandaluru Mandal.” 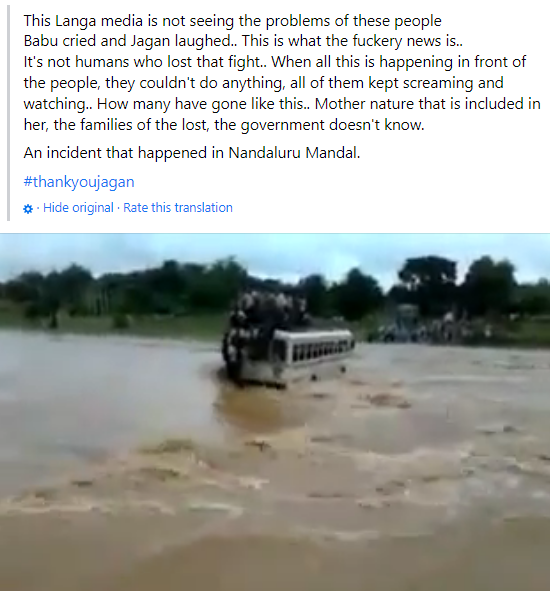 Using the InVid tool, we extracted keyframes from the video and performed a Reverse Image Search. This directed us to a YouTube channel which carried a longer version of the same video dated September 6, 2014, with the caption, “Shocking!! Bus and Passengers Washed Away in West Bengal River 2012.” 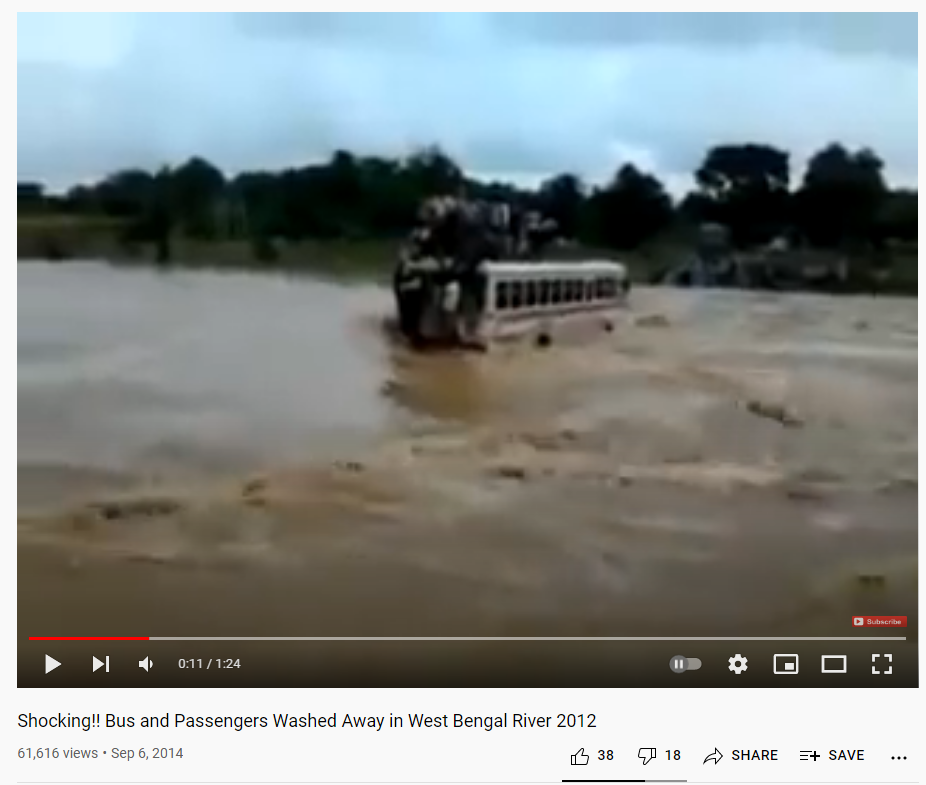 Searching further, we found video news reports uploaded by India TV and ABP News in 2012. According to the video description, “Bankura (West Bengal): A bus carrying around 70 passengers was washed away on Thursday when it was crossing a flooded bridge over Bhairabbanki river in West Bengal’s Bankura district.” Similar news articles that reported the same incident can be seen here and here.

Further, we found that the Twitter handle of the Fact Checking unit of Andhra Pradesh Government issued a clarification on the same video stating that “9-year-old footage of Bus Mishap in West Bengal, is being circulated on social media as a recent happening in AP. The original video is of 84 seconds, the edited footage has used only 41 seconds to mislead people.”

#FactCheck 9-year-old footage of Bus Mishap in West Bengal, is being circulated on social media as a recent happening in AP.

The original video is of 84 seconds, the edited footage has used only 41 seconds to mislead people. pic.twitter.com/m1gbXtyDTF

Thus, it is evident from the above information that an old video from West Bengal is being falsely linked to floods in Andhra Pradesh.