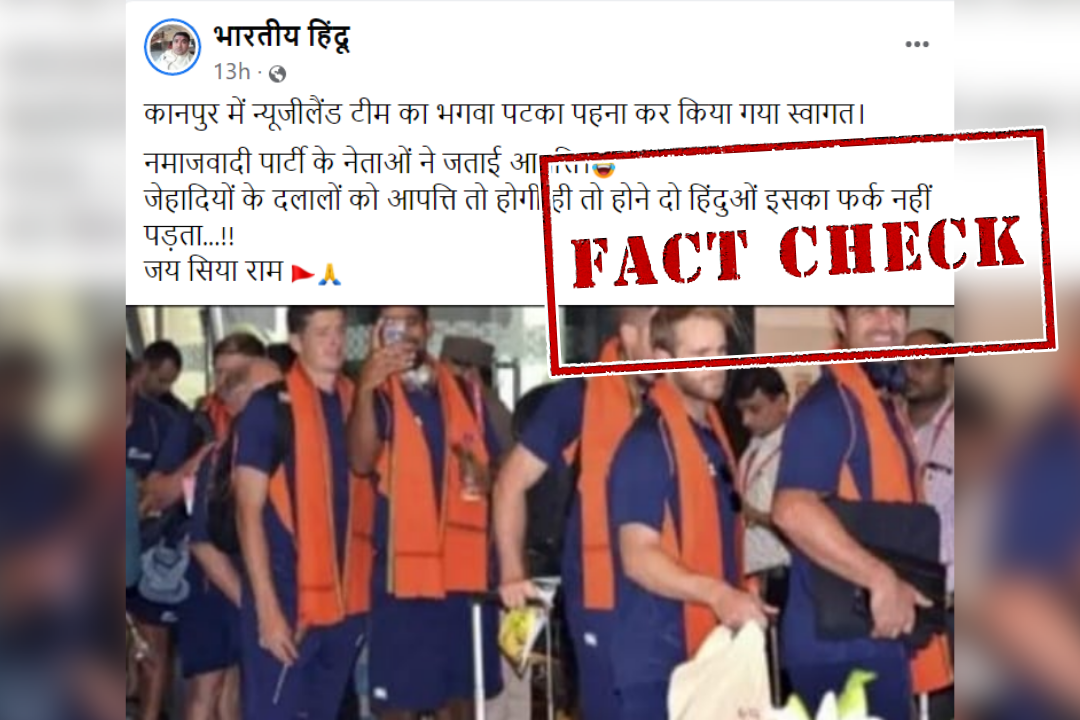 Team India will host New Zealand in a two-match Test series, the first of which will begin on November 25, 2021, at the Green Park Stadium in Kanpur. In this backdrop, an image is being shared on social media with a claim that it shows the New Zealand team being welcomed in Kanpur with saffron scarves for the upcoming Test series.

The image is being shared on Facebook with a caption in Hindi that can be roughly translated in English to: “New Zealand team was welcomed in Kanpur wearing a saffron patka. Leaders of the Namazwadi Party raised objections. If the brokers of jihadis will have objections, let them be Hindus, it doesn’t matter..!! Hail Siya Ram.”

Looking at the viral image, we noticed that none of the players were wearing masks which implies that the image is old from pre-pandemic times.

Doing a Reverse Image Search, we were directed to a news article published by Zee News on October 27, 2017. The news report stated, “This photo was shot when the New Zealand squad landed in Kanpur for the third ODI in a series. The Kiwis were greeted in Kanpur with a traditional welcome.” 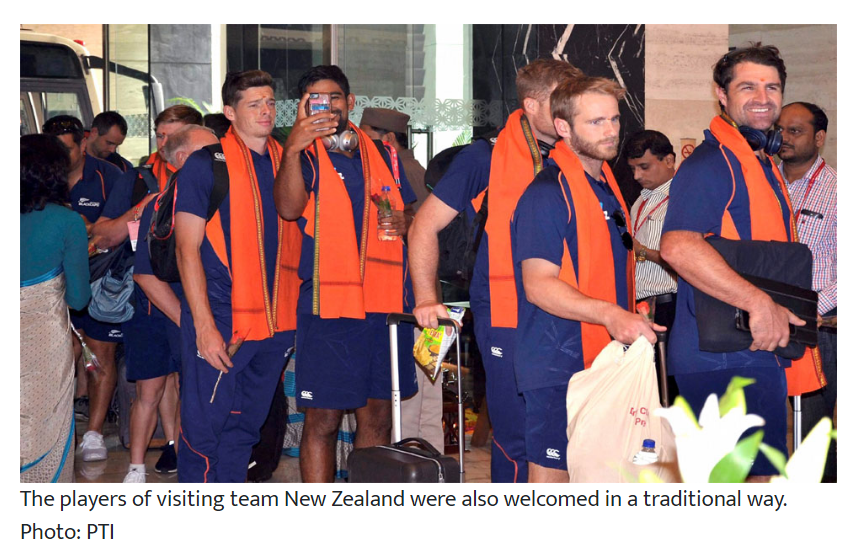 Searching further, we found a video news report uploaded by India TV on October 27, 2017, that carried similar visuals stating, “India vs New Zealand 3rd ODI: Both the team gets Saffron welcome in Kanpur.”

According to the news report, the scarves allegedly had “Yogi” written on them which stirred controversy, gaining a strong response from the Samajwadi Party. 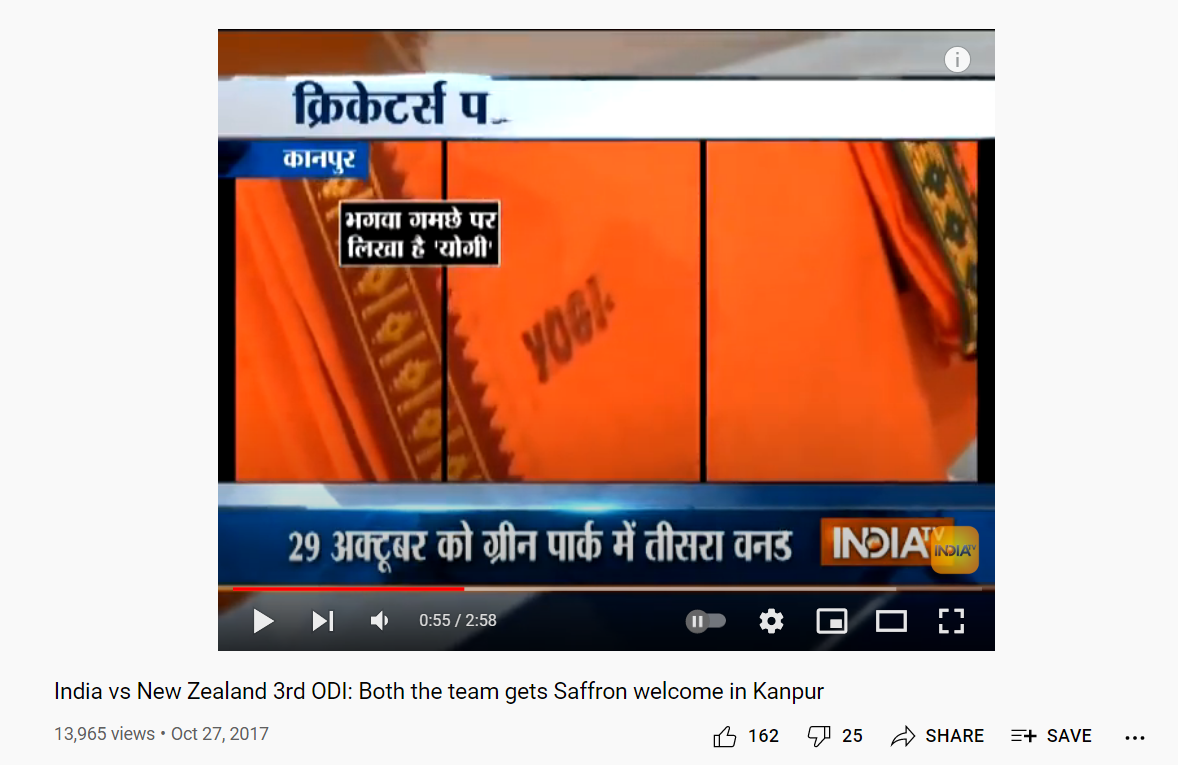 We also searched for recent images of New Zealand’s team welcome at Kanpur but could not find any similar image.

A warm welcome in Kanpur ahead of the first Test against India starting on Thursday. #INDvNZ pic.twitter.com/OgwYFR76vP

We also came across a video news report published uploaded by ANI on November 22 in which a Kiwi player can be seen wearing a saffron scarf which was given to him by another player in a playful manner. 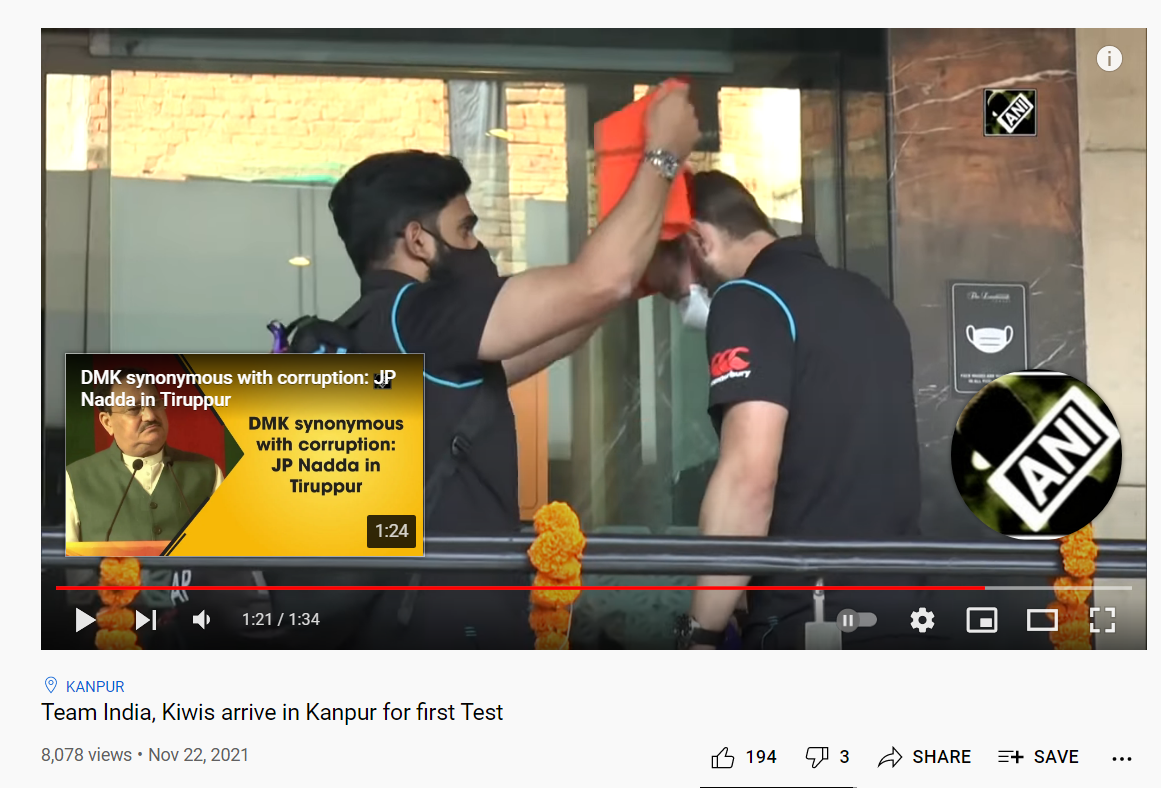 Thus, it is evident from the above information that an old image from 2017 is being falsely shared as Kiwis being welcomed with saffron scarves in Kanpur.