Home Home Slider Fact Check: Video Of Assault On Woman In Amethi Viral As Being... 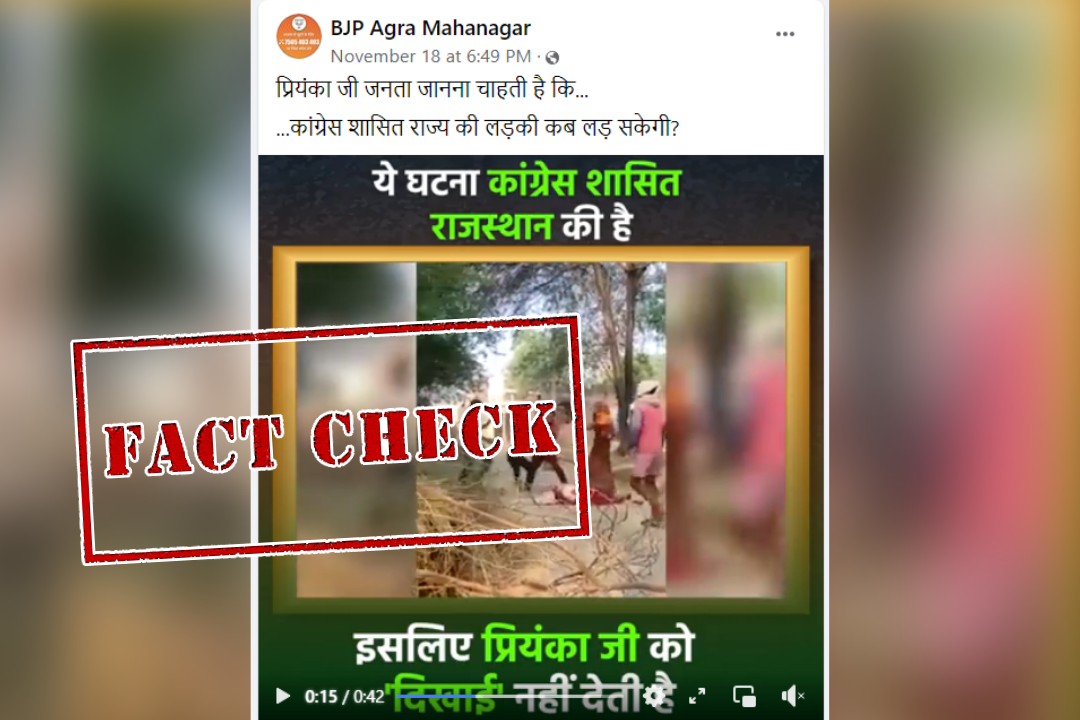 Ahead of the Uttar Pradesh Assembly elections, Congress General Secretary Priyanka Gandhi Vadra has given a slogan for women, “I Am a Woman, I Can Fight.” Social media users are now sharing a video of an assault stating that Priyanka Gandhi is speaking out loud for the women of UP, but she does not see the atrocities that women are being subjected to in Congress-ruled Rajasthan.

The video in which people can be seen kicking and hitting a woman with a stick has gone viral on social media. The text along the video can be translated to, “This incident is from Congress-ruled Rajasthan that is why Priyanka cannot see it.”

The video is being shared on Facebook with a caption in Hindi that can be roughly translated in English to, “Priyanka ji public wants to know that… When will a girl from a Congress-ruled state be able to fight?” 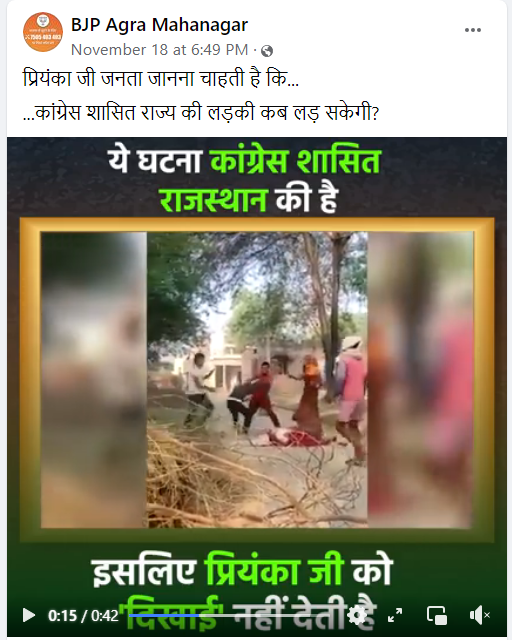 Doing a keyword search directed us to a tweet dated November 18, 2021, that carried the same viral video. The text reads, “Will women be respected in the same way, the video is from #Amethi district, in a land dispute, rioters beat up women.” 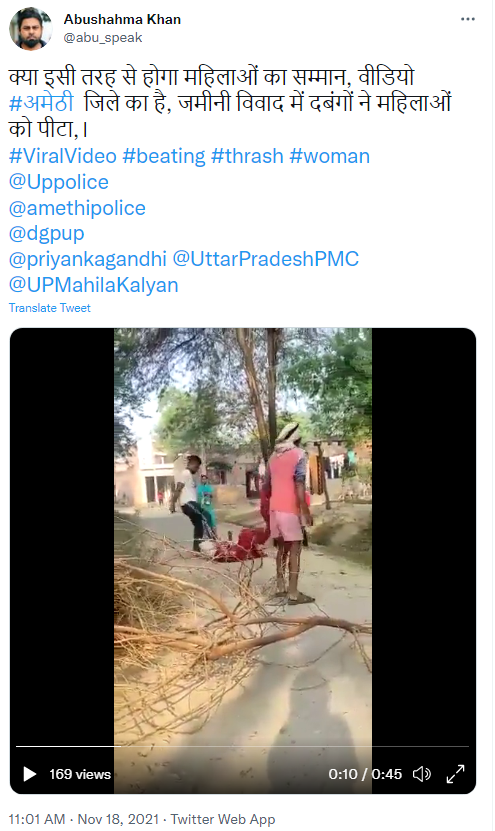 Replying to the above tweet, Amethi Police tweeted: “The case is dated 15.11.2021, in which necessary legal action is being taken by registering a case under relevant sections at the Gauriganj police station.”

Searching further, we also found a video news report uploaded on the YouTube channel of Bharat A to Z News on November 17, 2021. The video description states, “In #Amethi# land dispute, Dabango beat up the woman and her daughters fiercely.” 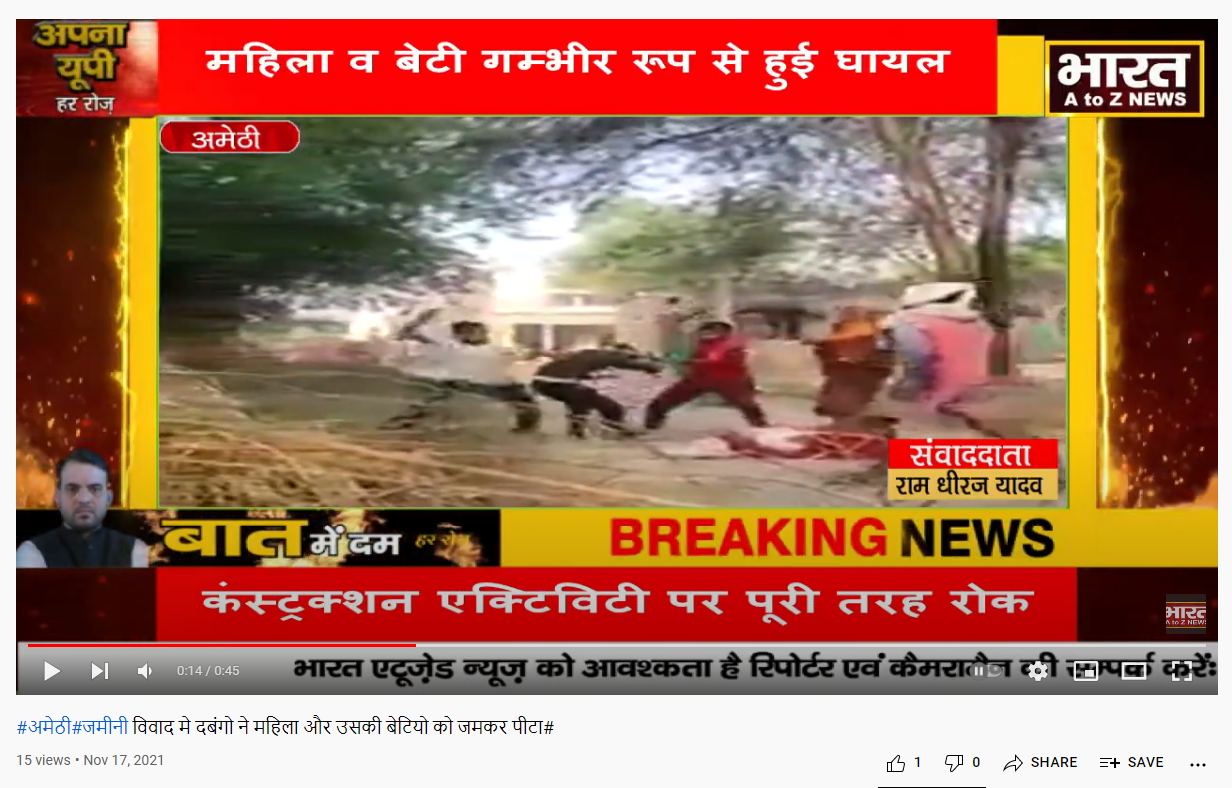 On November 18, 2021, UP Congress unit also targeted the ruling Yogi government by posting this video.

However, a similar incident was also recently reported in Rajasthan. A shocking video from Barmer, Rajasthan, went viral on social media, in which a woman can be seen trying to mount a JCB. According to media reports, this case was also a land dispute, due to which a fight broke out between two parties on November 13 after which some people attacked a  woman.

Thus, it is evident from the above information that the viral video of a woman being assaulted is from Amethi in Uttar Pradesh and not Rajasthan. Therefore, the viral claim is misleading.