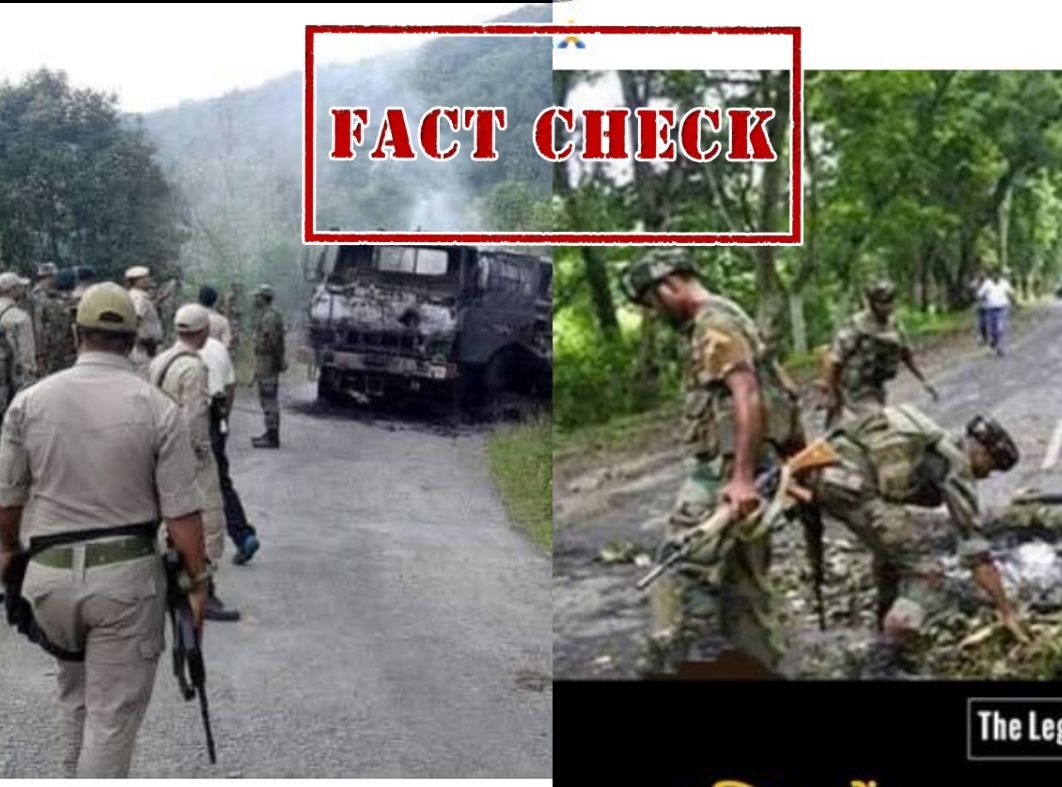 On November 13, 2021, Commanding Officer of Khuga Battalion of the Assam Rifles Col Viplav Tripathi along with his wife and 8-year-old son were killed in an ambush by militants in Manipur’s Churachandpur district along with four other soldiers. Following this, two images are being widely shared on social media in relation to the attack.

The first image shows security forces standing in front of a charred army vehicle and the other one shows a collage of Col Tripathi’s family picture and security forces removing branches of a tree from the road.

Many Facebook users are sharing the first and second images condemning the attack on Indian security forces with a claim that they depict the attack. 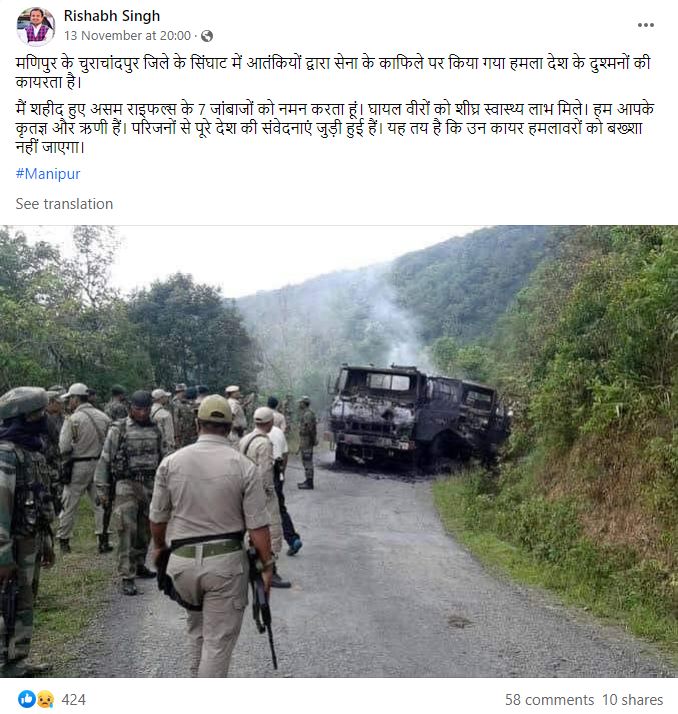 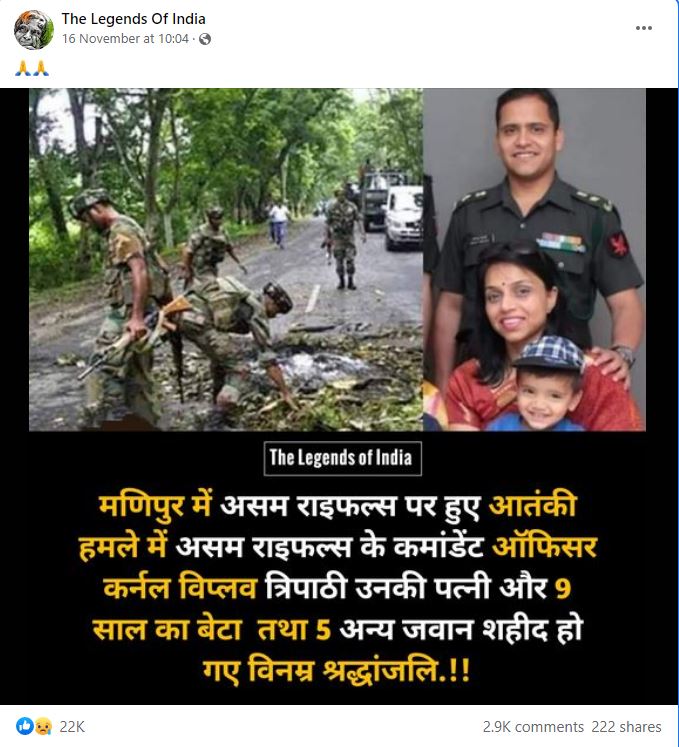 NewsMoble fact-checked the viral images and found them to be unrelated to the Manipur ambush.

With the help of Reverse Image Search, we found the first image of a burnt vehicle carried in a news report by Firstpost on June 5, 2015.

As per the report, the image showed a militant attack that took place in Manipur’s Chandel district in which as many as 18 security personnel lost their lives and at least 11 were injured after militants ambushed their convoy. 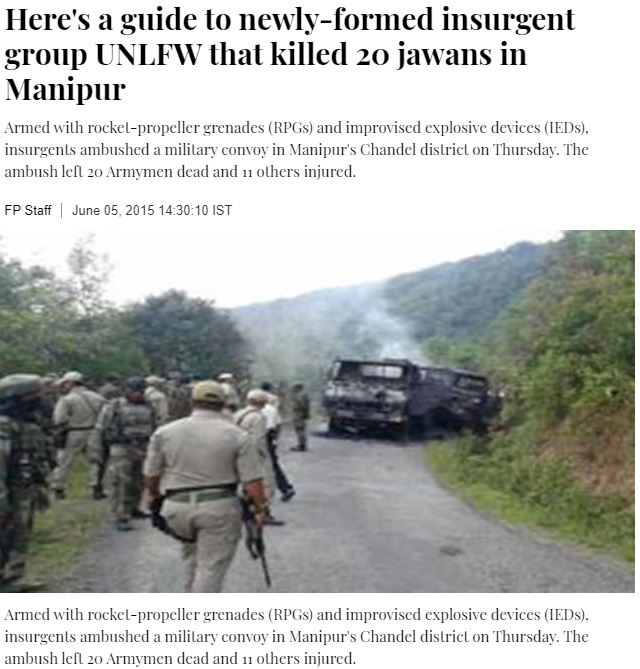 We performed a Reverse Image Search after cropping the image and found that it was carried by the Reuters website with the caption, “Indian army personnel remove branches of a tree which were thrown by the protesters to block the road at Golaghat district in the northeastern Indian state of Assam August 21, 2014. REUTERS/Stringer.” 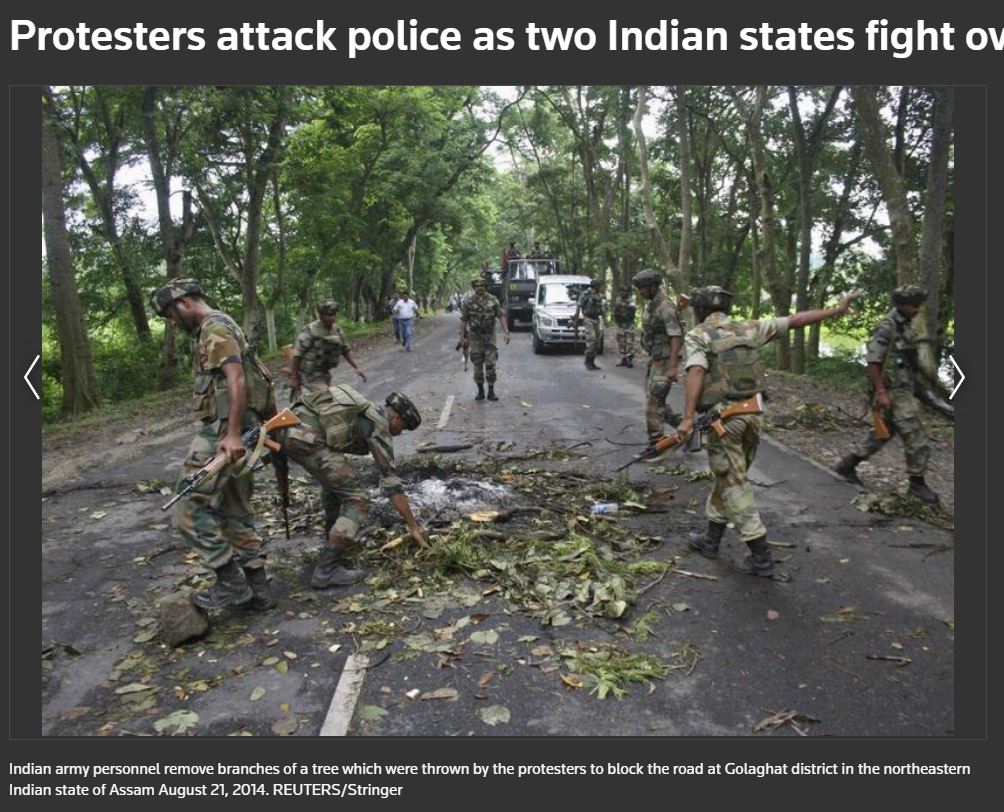 As per a Firstpost report on the incident, the image is of clashes that took place due to a territorial dispute between villages straddling Assam and Nagaland.

Therefore, both the viral image are being falsely linked to the recent ghastly attack on security forces in Manipur in which Col Viplav Tripathi, his family and four other soldiers lost their lives.