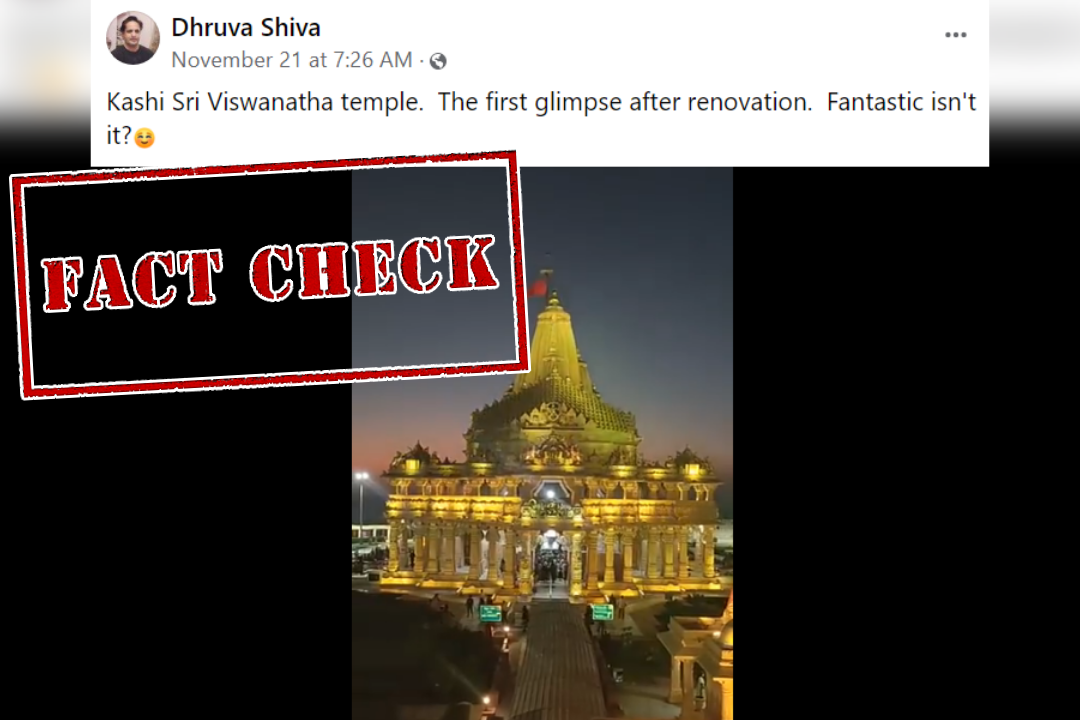 Prime Minister Narendra Modi will be inaugurating the renovated Kashi Vishwanath temple in Varanasi, Uttar Pradesh, on December 13. Twenty four buildings have been constructed along the corridor and finishing touches are being given now to get it ready before the inauguration.

Against this backdrop, a video of an illuminated temple is being widely shared on social media claiming that it shows the first glimpse of Kashi Vishwanath Temple after the renovation.

The video is being shared on Facebook with a caption that reads, “Kashi Sri Viswanatha temple. The first glimpse after renovation. Fantastic isn’t it?” 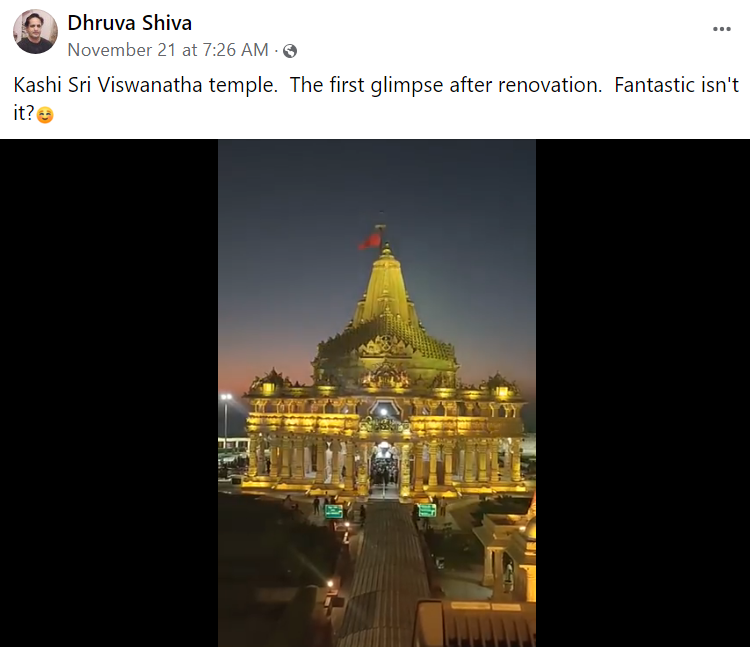 Using the InVid tool, we extracted keyframes from the video and performed a Reverse Image Search. This search directed us to an Instagram post that carried the same viral video on March 11. 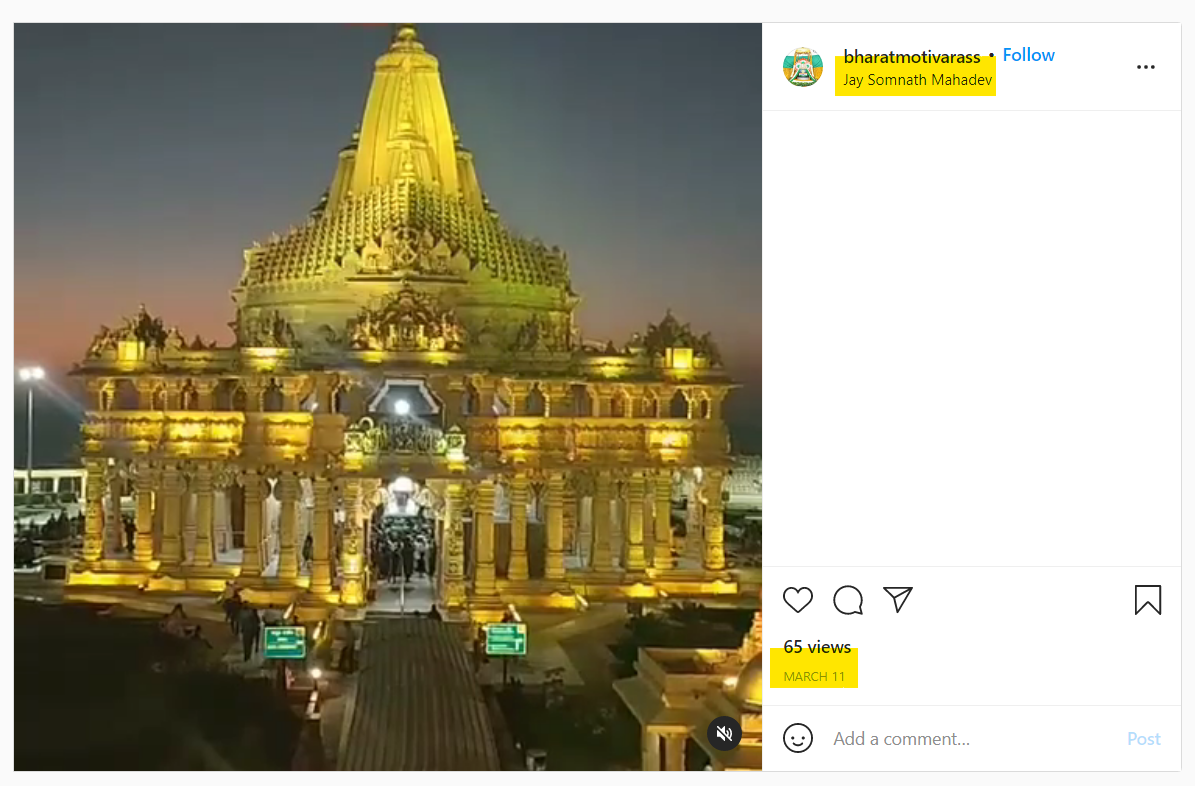 Taking a cue from this, we did a keyword search and found that news websites like the Times of India and Bharat Times English News carried visuals similar to the viral video stating that it is Gujarat’s Somnath Temple. The article published on November 11 stated, “Somnath Temple in Gir Somnath District, one of the twelve Jyotirlingas Lord Shiva, witnessed a huge crowd of devotees gathered during Diwali holidays.” 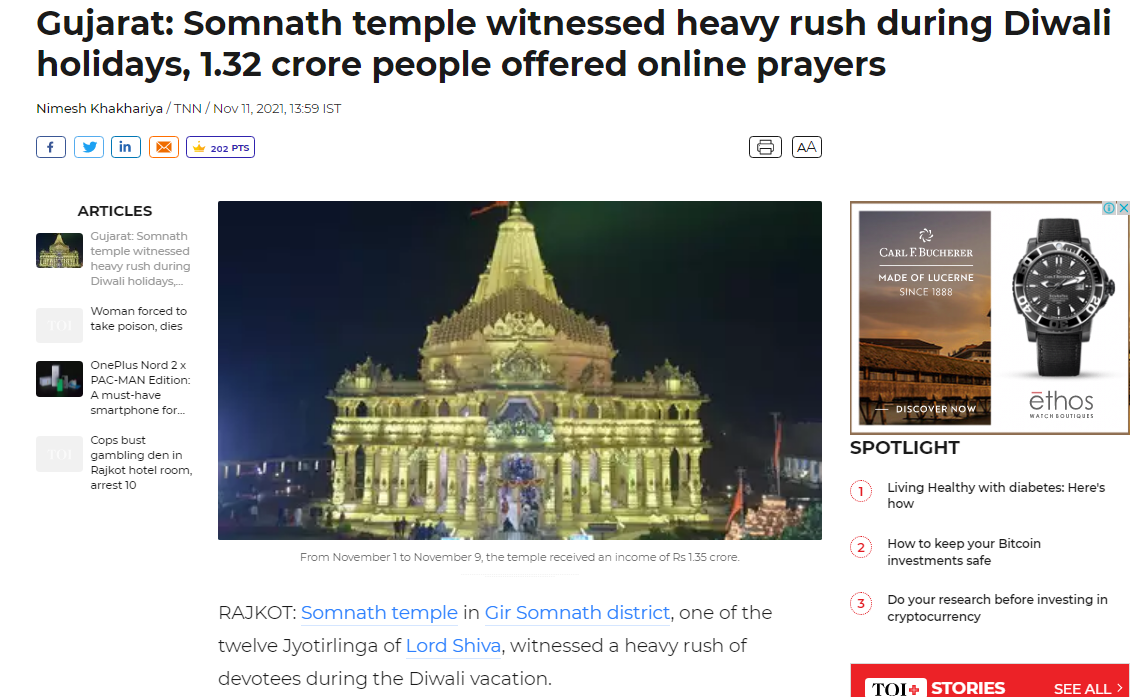 A similar video was also uploaded on the official Facebook page of Shree Somnath Temple.

Below is the comparison between the viral video and the Somnath Temple. 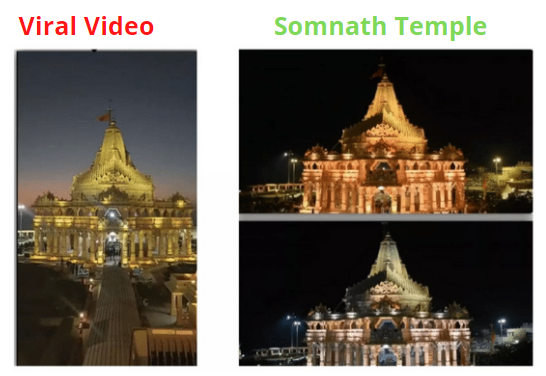 Thus, it is evident from the above information that a video of Somnath Temple in Gujarat is being falsely shared as the first glimpse of renovated Kashi Vishwanath Temple in Uttar Pradesh.