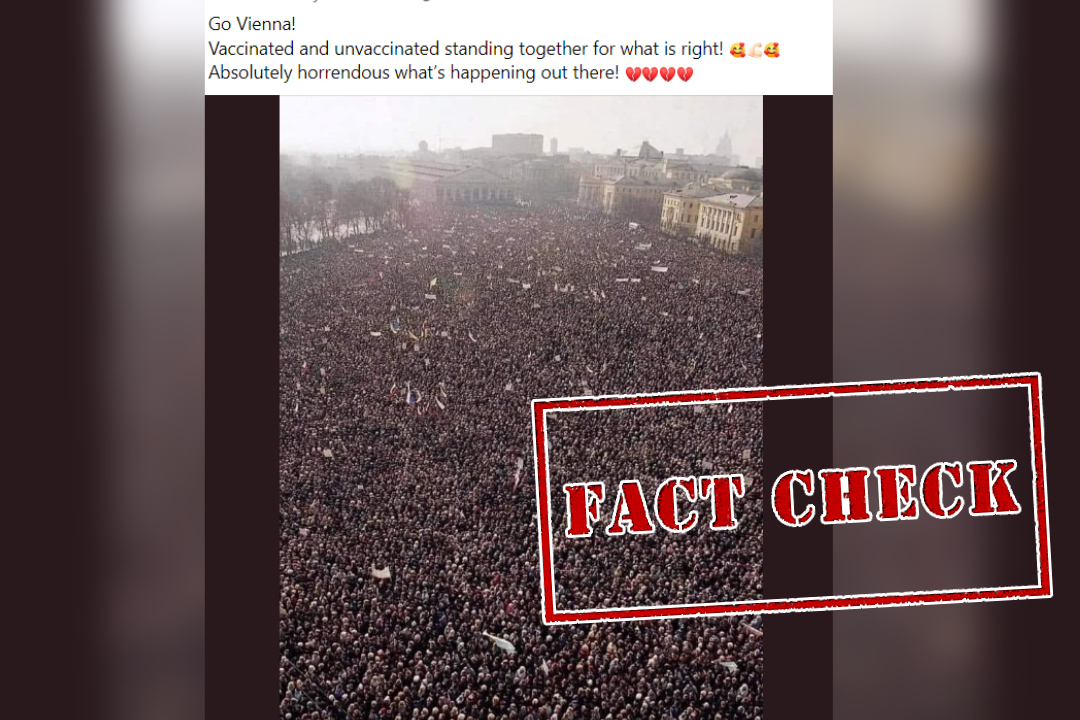 An image showing hundreds of people gathered in an open arena has gone viral on social media claiming that it reflects anti-lockdown protests in Austria.

Ever since Austria imposed severe lockdown on November 15, 2021 for unvaccinated people, with increased police inspections to verify compliance, massive protests have erupted across the country. Only those who have been fully vaccinated are now allowed to leave their houses on few counts.

The image is being shared on Facebook with the caption, “Go Vienna! Vaccinated and unvaccinated standing together for what is right! Absolutely horrendous what’s happening out there!” 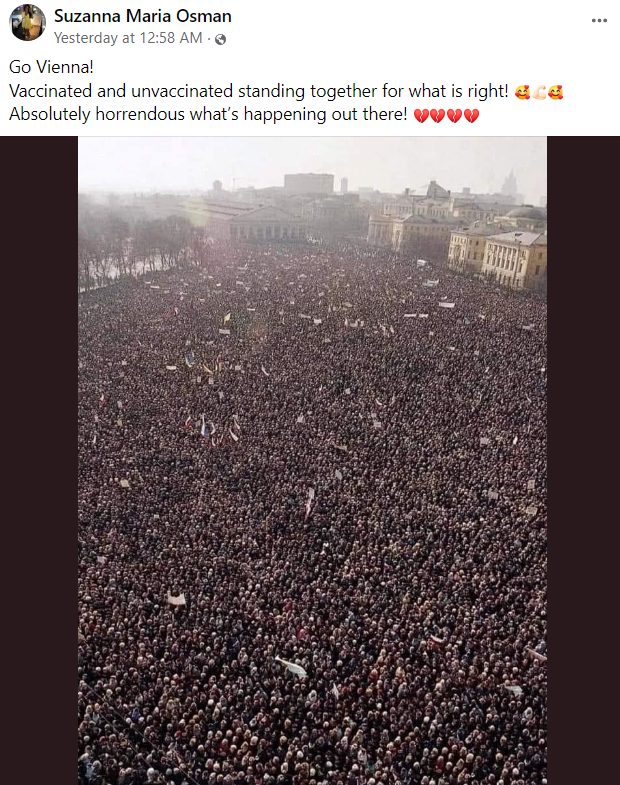 Here’s the link to the above post. Here, here.

A Reverse Image Search directed us to the website of Associated Press that carried the same image with the caption, “Hundreds of thousands of protesters pack Moscow’s Manezh Square next to the Kremlin, Sunday, March 10, 1991, demanding the Soviet President Mikhail Gorbachev and his fellow Communists give up power. The crowd, estimated at 500,000 was the biggest anti-government demonstration in the 73 years since the Communists took power, and came a week before the nationwide referendum on Gorbachev’s union treaty.”

Below is the comparison between the viral image and the Associated Press image. 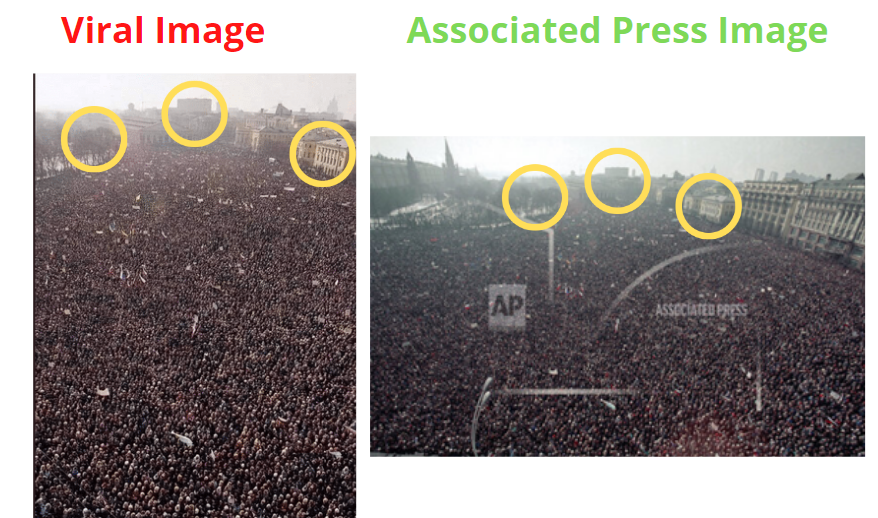 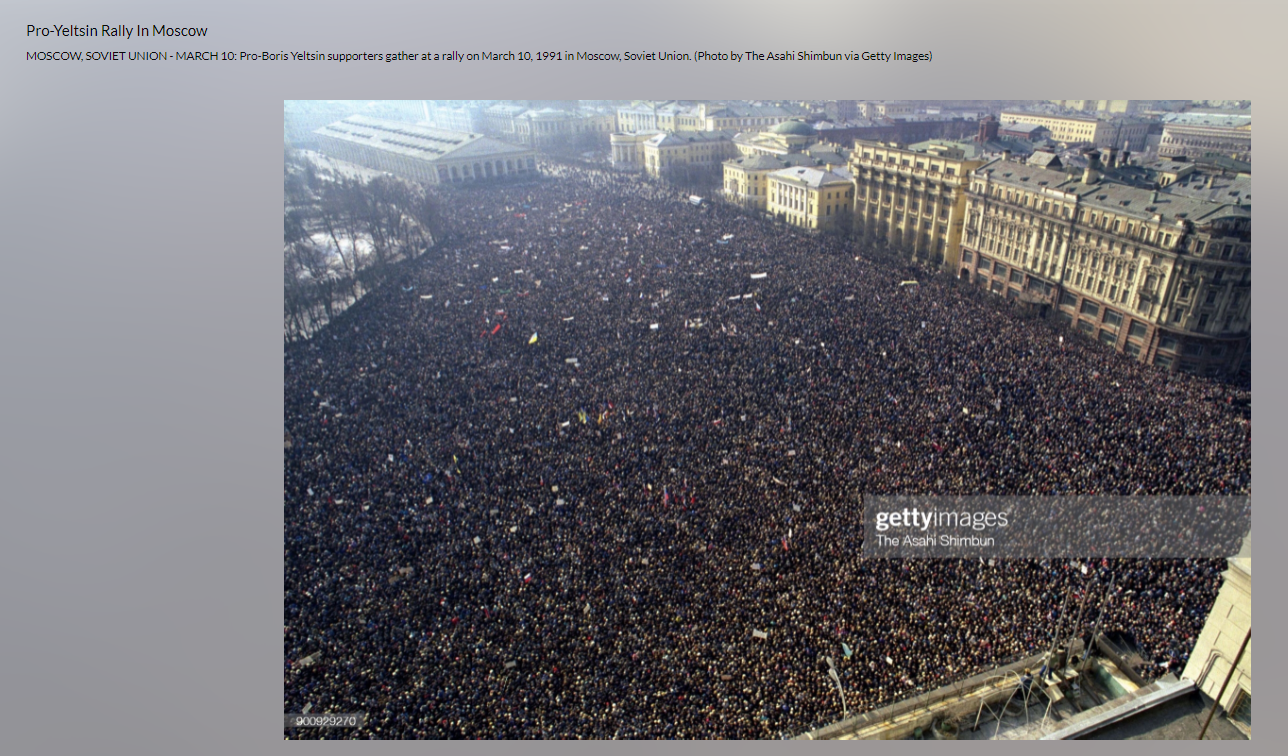 Thus, it is evident from the above information that a 30-year old image from Moscow is being falsely linked to anti-lockdown protests in Austria.