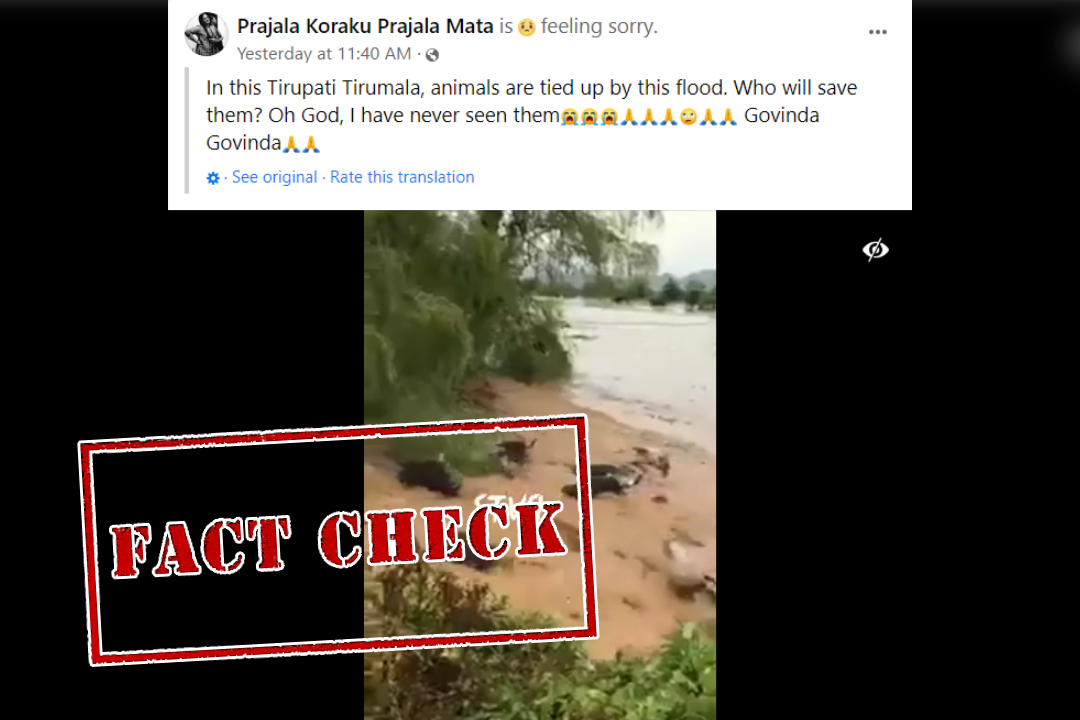 Heavy rains recently inundated the temple city of Tirupati in Andhra Pradesh. Incessant  rainfall was triggered by a depression over the Bay of Bengal. Due to heavy rains, all mobile networks too went defunct. In this backdrop, a video is being shared on social media claiming that it shows a group of cattle being washed away in Tirupati floods.

The video is being shared on Facebook with a caption in Telugu that can be roughly translated in English to, “Cattle are getting caught up in this flood in this Tirupati Tirumala Who will protect them, Lord Raw Alas, never seen Govinda Govinda.” 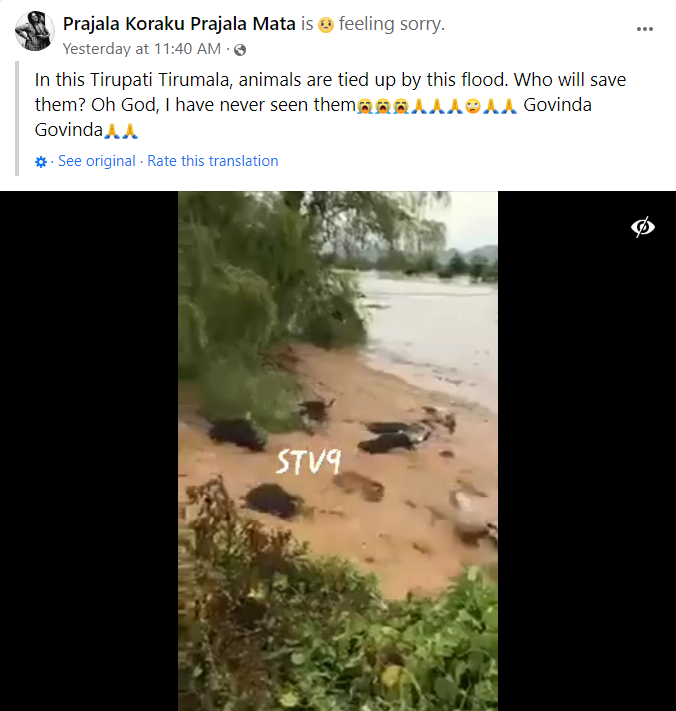 Using the InVid tool, we extracted keyframes from the video and performed a Reverse Image Search. This search directed us to the official YouTube channel “Imagen Noticias” which carried the same viral video on July 28, 2020. According to the video description, these were scenes related to the incident where cattle was washed away in the Jakulpan river in the state of Nayarit, Mexico.

Taking a cue from this, we searched the web and found a news article published on July 28, 2020, that reported the same incident. 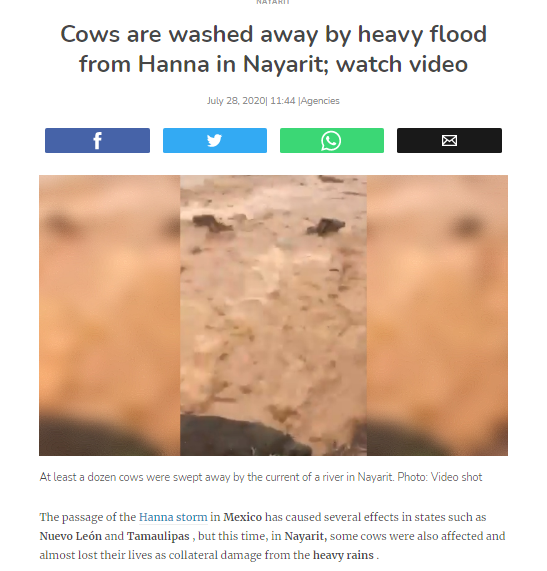 We found the same video uploaded on a Twitter post dated July 28, 2020, with the caption, “WORLD – Cows are washed away by the flood after a high volume of rain caused by the hurricane #Hanna in Compostela, Nayarit, Mexico.” 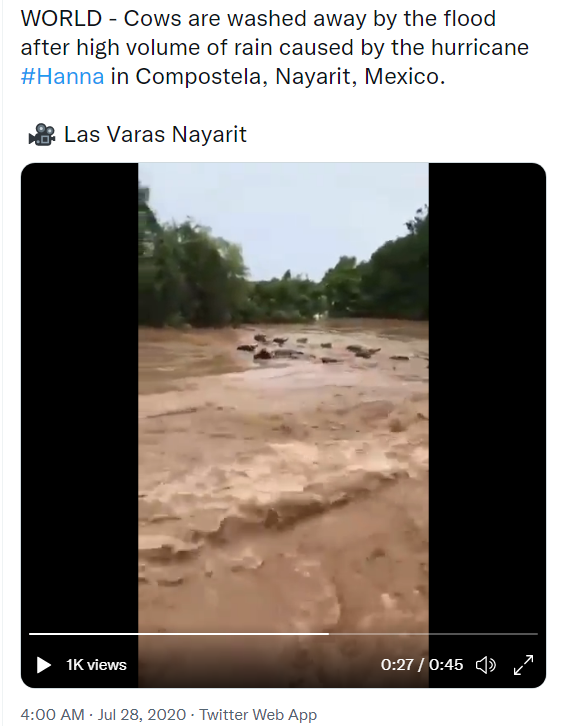 On digging further we also found the same video on Joranda.com.mx dated July 28, 2020, claiming that the video is from Hanna in which thousands of people were affected because of torrential rains following a storm. 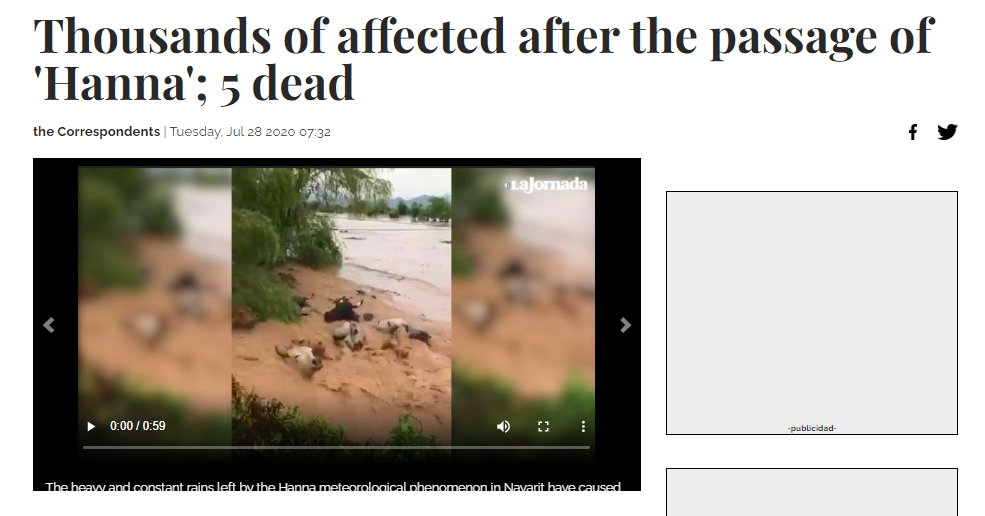 NewsMobile had earlier also busted the viral video where it was claimed that cattle was washed away in Kerala floods.

Thus, it is evident from the above information that the video in question is from Hanna, Mexico and it has no connection with recent flooding in Andhra Pradesh.