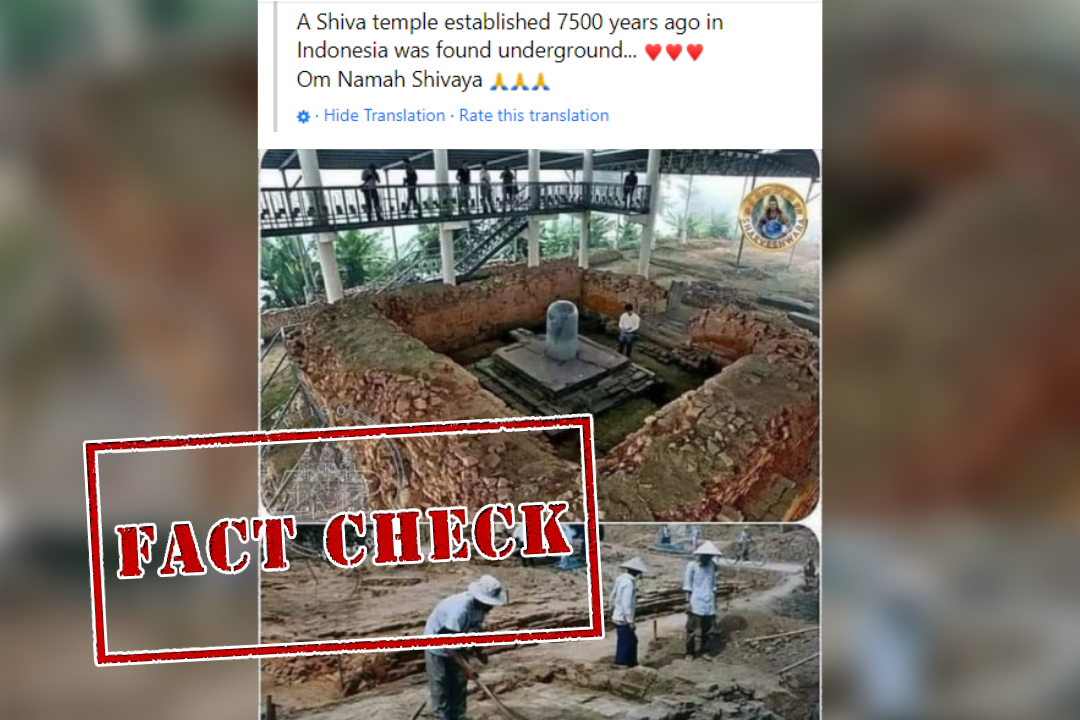 An image in which a ‘Shiva Linga’ can be seen has gone viral on social media with a claim that it shows a Shiva Temple unearthed in Indonesia.

The image is being shared on Facebook with a caption in Malayalam which can be roughly translated in English to, “A Shiva temple found in Indonesia 7500 years ago has been discovered underground. Om Namasivaya.” 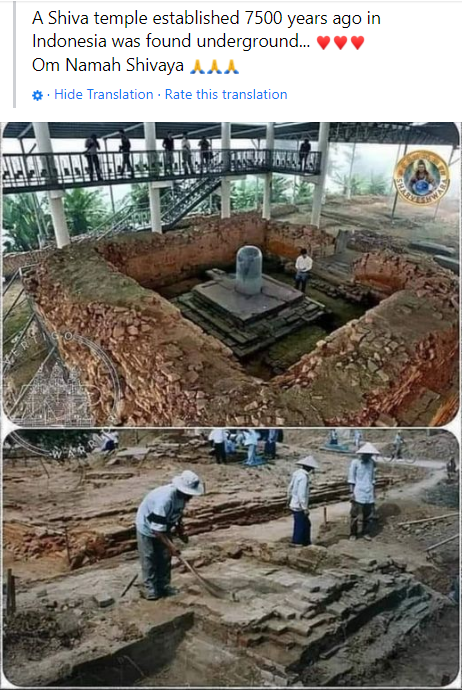 A Reverse Image Search directed us to the official website of Vietnam Tourism which carried a similar image. The website describes it as the Cat Tian Relic Site, a major cultural tourist destination in Vietnam. “Cat Tien archaeological site in the Central Highland province of Lam Dong welcomes thousands of visitors every month though it has not opened doors for commercial use. The site, which is located on the left bank of the Dong Nai river, stretches more than 15 km from Quang Ngai to Duc Pho communes. It is an archaeological complex holding great unexplained mystery,” read the website.

Below is the comparison between the viral image and the image seen on the official website of Vietnam Tourism.

Searching further, we found a news report published on March 13, 2020, which carried a similar image. According to the article, “The Cat Tien archaeological site was discovered in 1985 and first excavated in 199. It was recognised as a special national relic site in 2014. The site consists of temple towers dating back to the 7th or 8th century AD. Archaeologists, however, found that most of its surface architecture has been damaged. Only some traces of the 3m-high tiled wall still remain. Hundreds of thousands of objects have been discovered at the site, including artworks, statues and weapons made from various materials such as gold, silver, bronze, steel, gemstones, crystal, ceramics, and sandstone.” 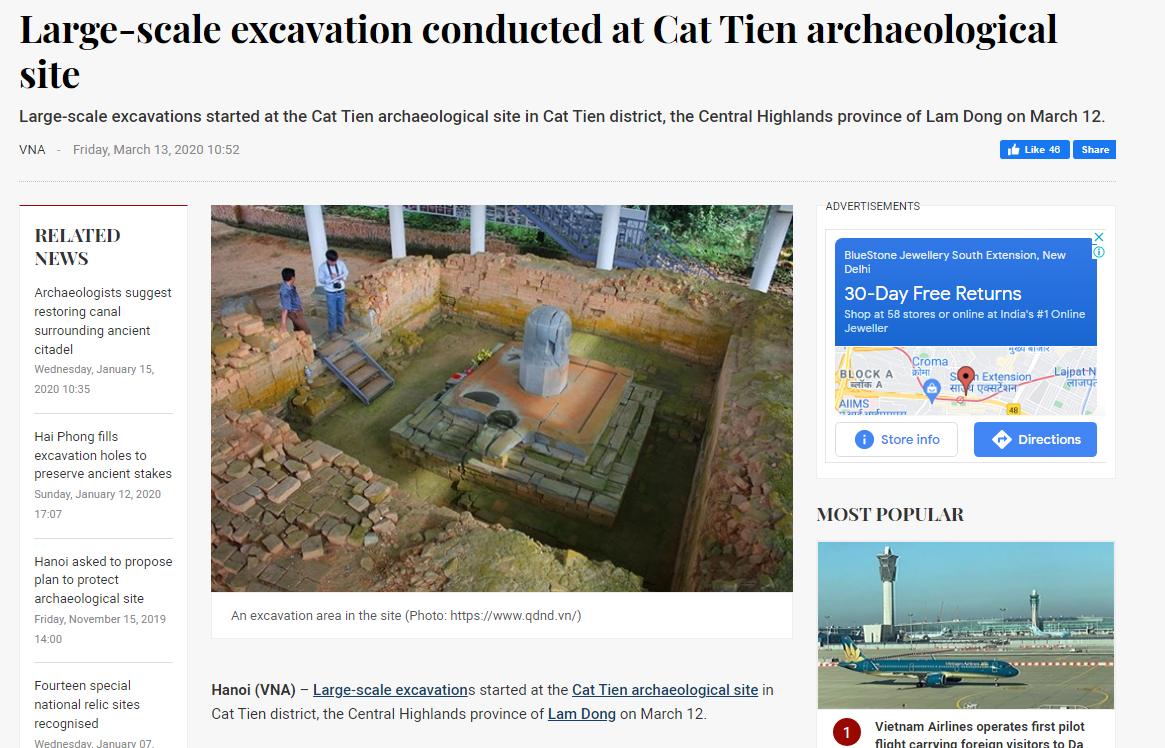 Further, we also did a keyword search but could not find any credible media report corroborating the viral claim.

Thus, it is evident from the above information that a ‘Shiva Linga’ discovered in Vietnam is being falsely shared as that from Indonesia. Therefore, the viral claim is misleading.