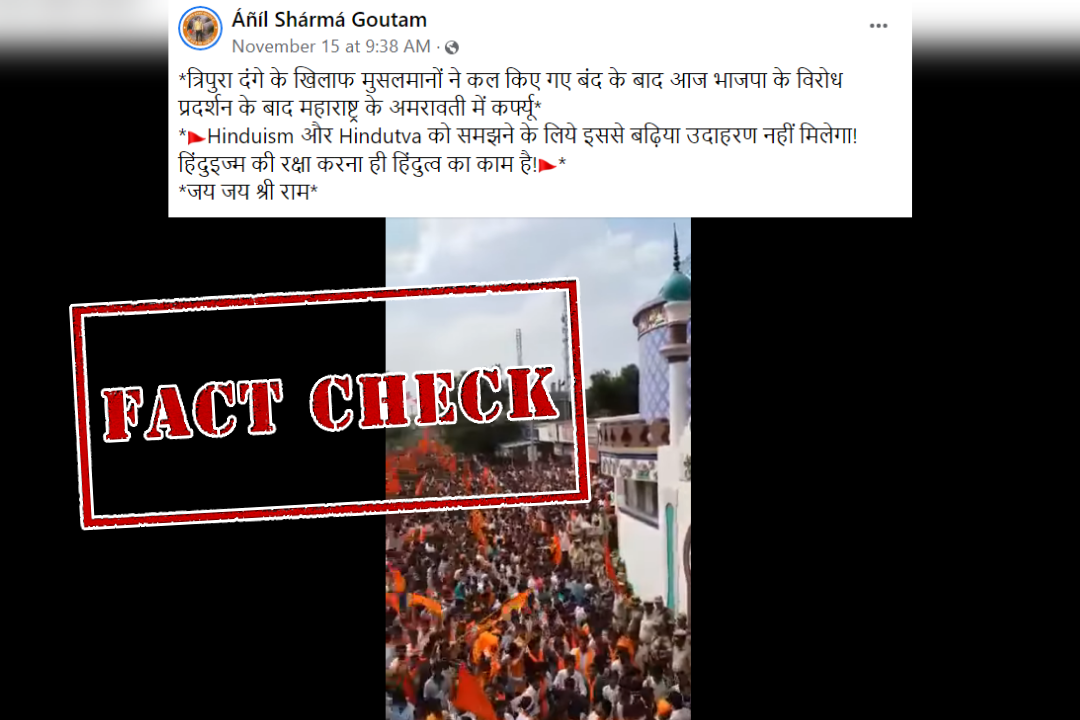 On November 12, several Muslim organisations in Amravati in Maharashtra staged a protest march against communal violence in Tripura. BJP organised a bandh the next day which allegedly led to vandalism in some areas and some shops were torched and destroyed. Following the violence, indefinite curfew was clamped in Amravati and almost 200 individuals were detained.

In this backdrop, a video is being widely shared on social media in which a huge crowd of people can be seen waving saffron flags and rejoicing in front of an Islamic structure. It is being claimed through this video that Hindus in Amravati are finally standing up against the violence.

The video is being shared on Facebook with a caption in Hindi that can be roughly translated in English to, “Curfew in Maharashtra’s Amravati after BJP’s protest today following the bandh by Muslims against Tripura riots yesterday. To understand Hinduism and Hindutva, there will be no better example than this! The task of Hindutva is to protect Hinduism! Jai Jai Shri Ram.” 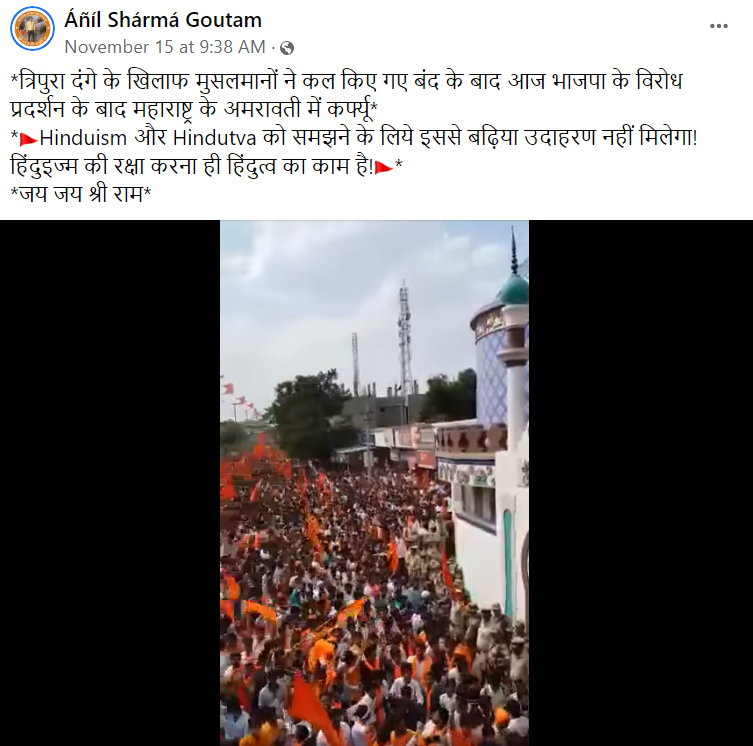 Using the InVid tool, we extracted keyframes from the video and performed a Reverse Image Search. This search led us to a YouTube channel that carried similar visuals, including the Islamic structure seen in the viral video. The video was uploaded on March 26, 2018, with the description, “Ram Navami Full Crowd In Karnataka Gulbarga 2k18.” 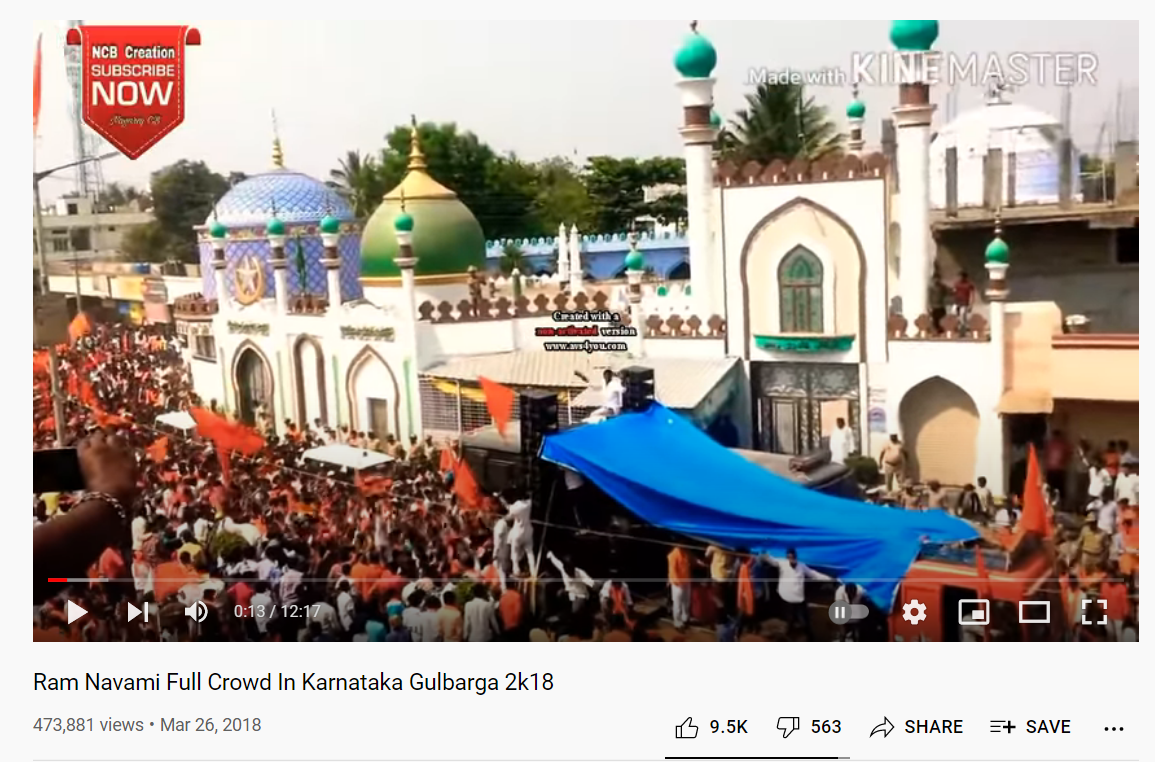 Taking a cue from this, we searched on Google Maps and found that the building seen in the video is a dargah in Karnataka’s Gulbarga. Below is the comparison between the viral video and Google Maps image. 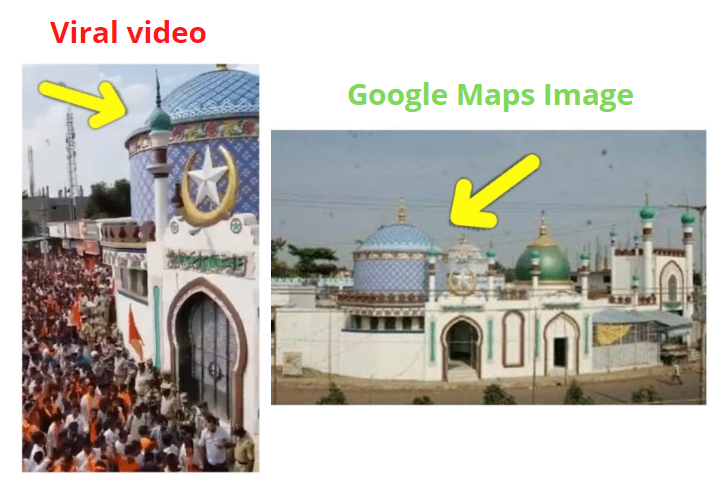 Searching further, we found a tweet by ANI dated April 13, 2019, that carried similar visuals with the text, “Karnataka: Visuals from #RamNavami procession carried out earlier today in Kalaburagi. Muslims were seen distributing juice to the devotees of Lord Ram during the procession.”

Karnataka: Visuals from #RamNavami procession carried out earlier today in Kalaburagi. Muslims were seen distributing juice to the devotees of Lord Ram during the procession. pic.twitter.com/m8bnw8DRrX 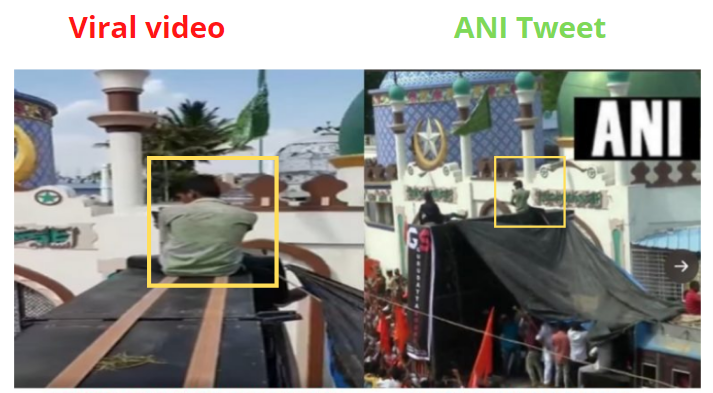 A similar visual, including the person holding the mobile phone, can be seen in another YouTube video uploaded on April 13, 2019, with the description, “Ram Navami shobha yatra in kalaburagi. By. Rss and. Bjp supports.” 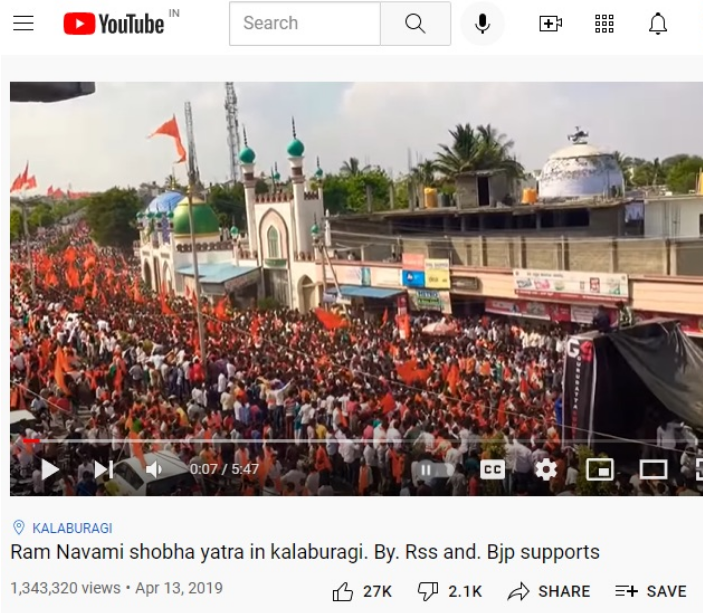 Thus, it is evident from the above information that an old video of the Ram Navami procession in Karnataka is being falsely linked to recent Amravati clashes. Therefore, the viral claim is misleading.