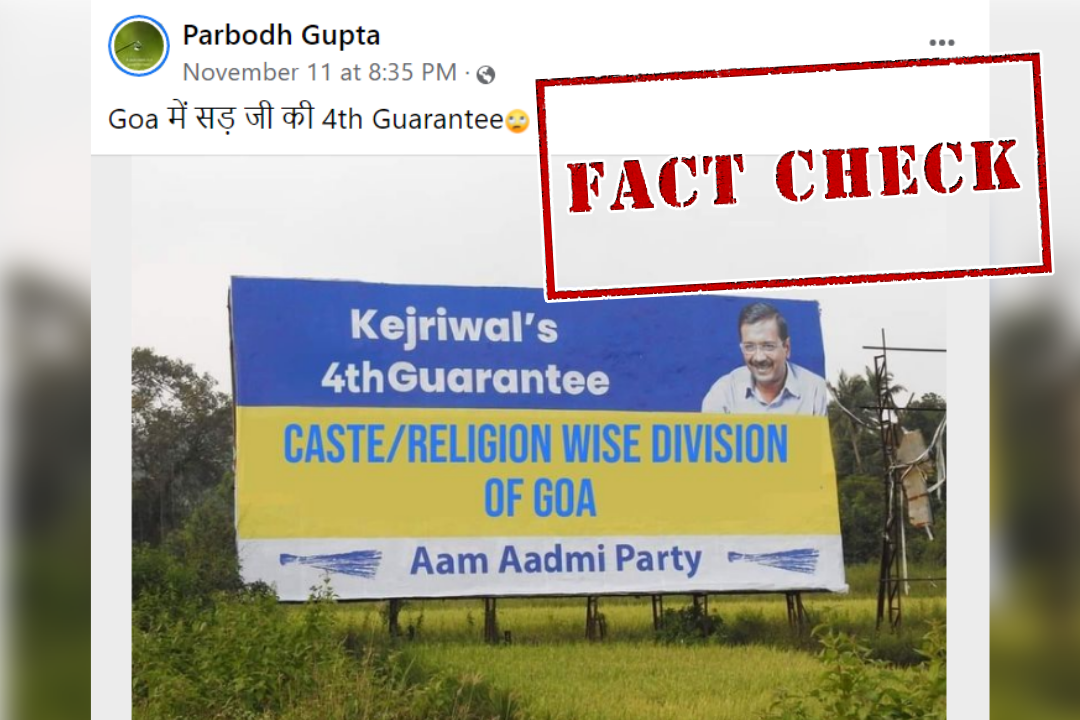 Arvind Kejriwal led Aam Aadmi Party (AAP) is campaigning hard in Goa with an eye on the upcoming state assembly elections. In this backdrop, an image of a billboard carrying Delhi Chief Minister Arvind Kejriwal’s image has gone viral on social media with a claim that AAP party is resorting to caste and religion-wise division of Goa. 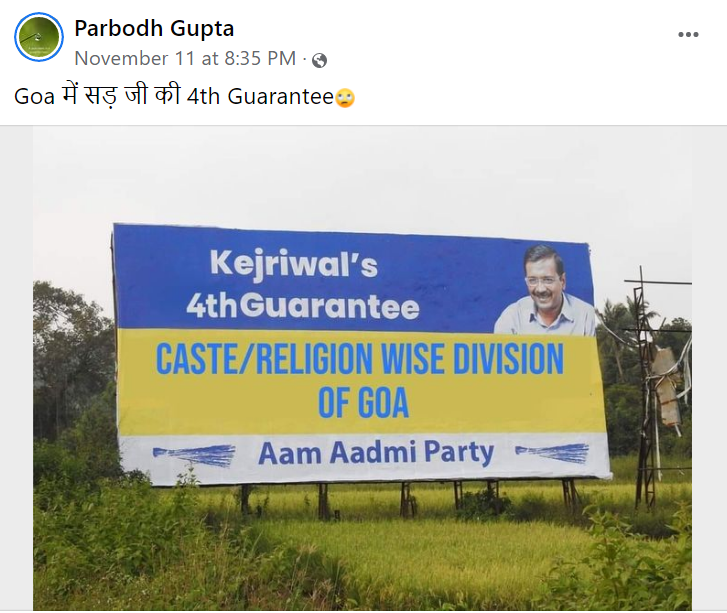 A simple Reverse Image Search directed us to a news article dated October 18, 2021, published by Goan News which had carried the original image. The article talked about the billboard campaign of some of the major political parties eyeing to win the 2022 assembly elections in the state. 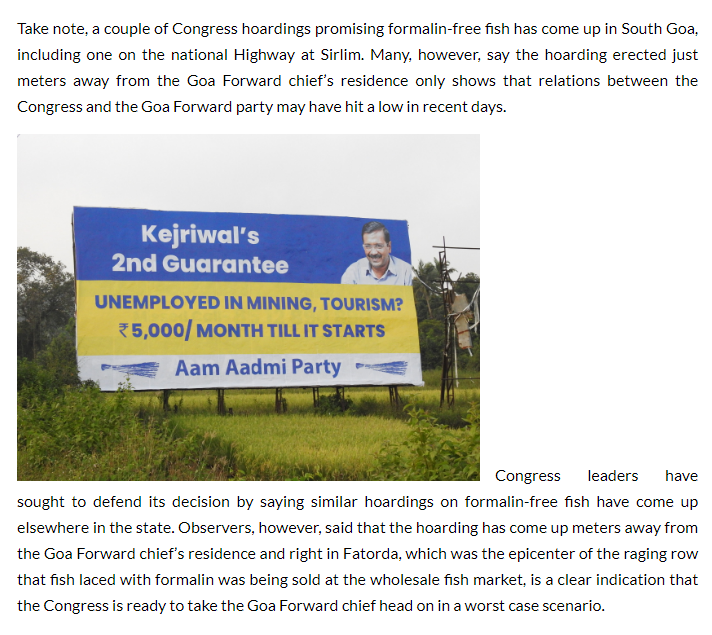 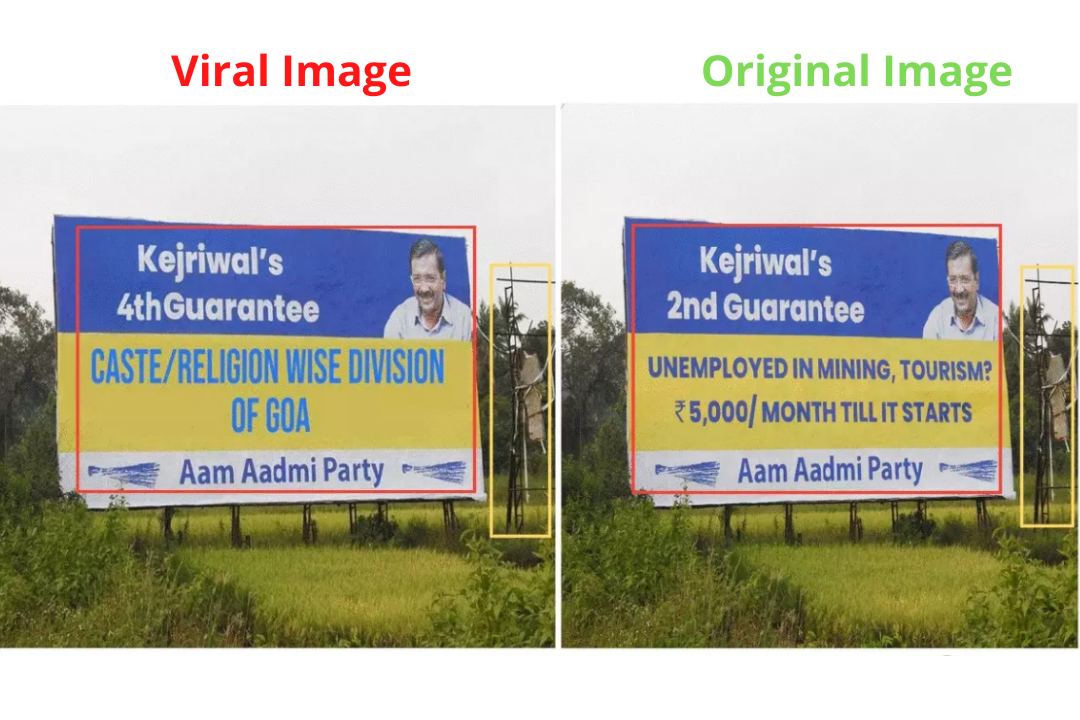 We searched the web with relevant keywords and found a news report published by The Indian Express on September 21, 2021, which stated, “Kejriwal said that, if voted to power, AAP will also provide an unemployment allowance of Rs 3000 per month to the families that have an unemployed youth and Rs 5000 per month to the families dependent on mining and tourism until their jobs are restored.”

Arvind Kejriwal’s statement on resuming the mining industry within 6 months of forming the government in Goa was also uploaded on the official Twitter handle of the Aam Aadmi Party Goa on November 8, 2021.

AAP will resume mining industry within 6 months of forming the govt in Goa, till then the mining dependents will get monthly allowance & priority will be given in employment in mining to those who were earlier employed there: @ArvindKejriwal #KejriwalKiGuarantee #AAPGoa pic.twitter.com/XLPZN6Bf5X

Thus, it is evident from the above information that a morphed image of AAP’s billboard is being shared to suggest that the party is resorting to caste and religious division in Goa.